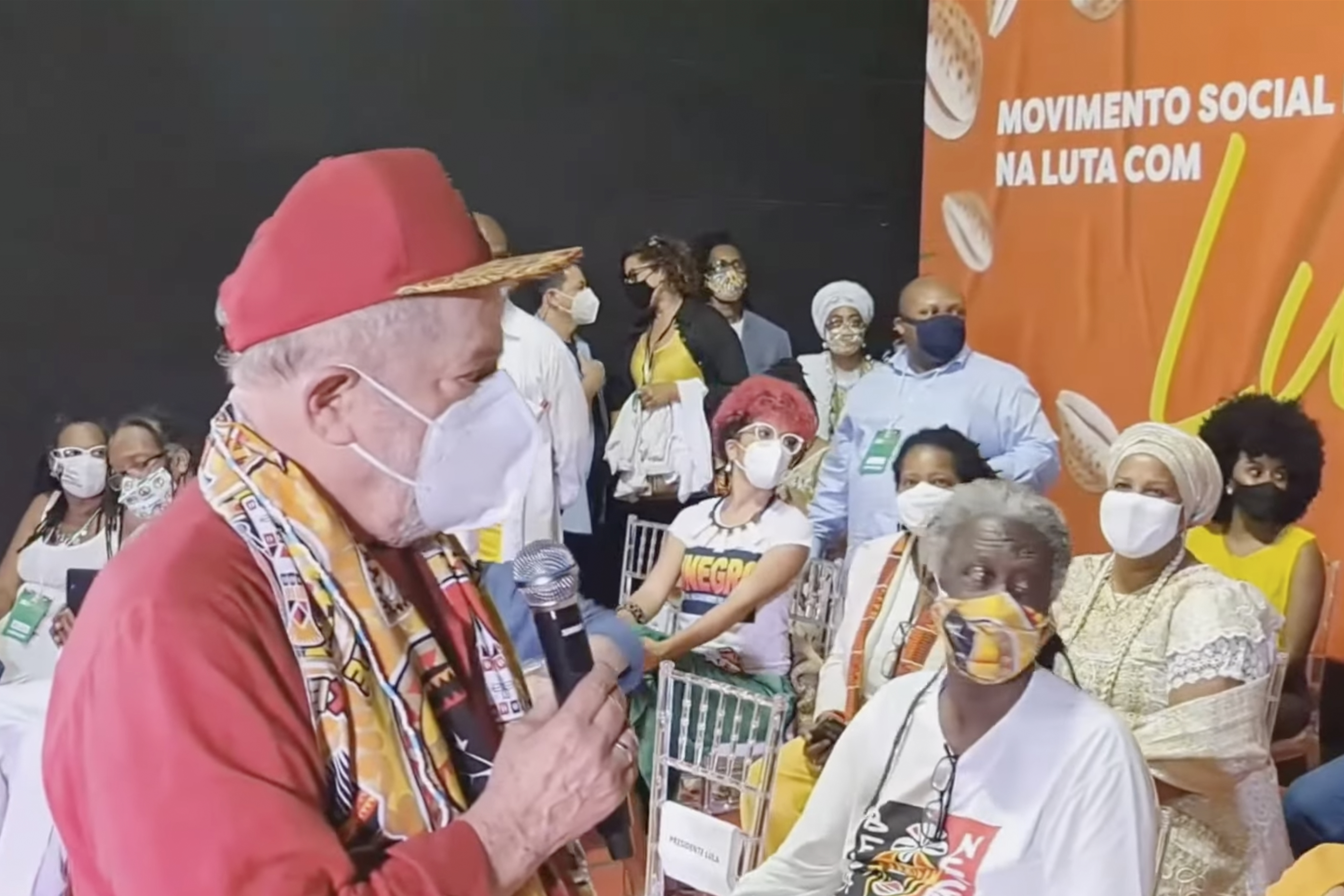 In a video directed to the 30 million evangelicals in Brazil, most of whom had been voters of the far-right Jair Bolsonaro, former president Lula da Silva appears affirming that he converses with the devil and that he has been possessed by him.

The manipulated video, which is part of a presidential campaign that is expected to be turbulent, has created an impact and Lula has been forced to explain himself.

The content, from August 2021, actually refers to a meeting of Lula in Bahia with representatives of religions of African origin that he himself has described as follows: “Yesterday when I arrived, the women threw popcorn at me and handed me a xango (the orisha of justice) and on social networks it appears that I am talking to the demon that would have possessed me”. And he added: “It is a massive campaign, a violent campaign as they know how to do, a campaign of evil.”

The truth is that Lula appears in the video, before being manipulated, saying that religions of African origin will be treated by him, if he becomes president, “with the greatest respect and care.” Lula affirms that he is a Catholic but that he respects all religions and adds: “I will never, while I govern, allow the authoritarianism of one religion over the other.”

The campaign against Lula to make evangelicals see that he is possessed by the devil and that he converses with him, could have a strong impact on the evangelical world, which with its millions of votes could decide an election. The theme of the devil and diabolical possession with all its complex rites of spectacular exorcisms, which was once very much alive in the Catholic Church, is today so in evangelical sects. That’s why the manipulated video about Lula related to the demon is creating so much noise.

All this is due to the fact that, today, only months before the elections that could re-elect the fascist Bolsonaro, who is leading the country to an economic and moral precipice, creating a climate of confrontation between the people and hatred of politics, Lula appears in all the polls as the only candidate capable of defeating the former captain and restoring hope to a country that is losing it. And it is that Lula, with a good political nose, this time presents himself not only as the candidate of the left but is creating a union that encompasses from the social democracy to the center and even the non-fascist right, thus narrowing the space for the candidates of the so-called third way, that is, the one with the slogan “neither Bolsonaro nor Lula”, which has not yet stood out in the polls.

And in that scenario, the votes of the evangelicals that all the parties dispute can be definitive. Hence the Machiavellian campaign to make Lula appear as a candidate who is making pacts with the devil, something that can influence not only evangelicals but also the poorest and most deculturalized layers of the country, who are millions and who always end up deciding the elections. .

In truth, all the candidates for the head of state, even the most secular ones, have always had to agree in some way with the leaders of the powerful evangelical churches in order to be elected. He did it at the time of her Lula and even her successor Dilma who is agnostic. In order to be elected, she had to sign a document for the evangelical churches committing herself not to approve any law that would decriminalize abortion during her presidency, and today Lula is trying to open up a space for dialogue with these churches, since it has been observed that some of them they are dissatisfied with the disastrous government of Bolsonaro and would be looking for a new candidate. Hence Lula’s hustle and bustle to try to open new spaces for dialogue with these churches while maintaining her Catholic roots. In an interview with this newspaper, during his second term, Lula affirmed, for example, that he would never have been elected without the strength of the base communities of Catholics that embrace the humblest of the poor outskirts in the suburbs of the big cities. cities.

Today the strength of the Catholic Church has diminished in Brazil in favor of the evangelical churches, which means that they are courted by all parties, even by the most secular who, during political campaigns, come as devout faithful to the rites of the evangelical temples and they allow themselves to be blessed publicly or privately by their pastors.

The seriousness, in this sense, of the manipulated video of Lula that presents him as possessed by the devil reveals that the campaign, like the one that elected Bolsonaro, is being elucidated today above all in social networks rather than in the big media, since that these networks today reach even the less educated who little follow the brainy debates of the candidates in the electoral campaigns.

This has led the STE (Supreme Electoral Court) this year to give very severe rules for the elections, threatening to annul them, against the messages sent to millions by robots with false news or manipulated videos like the one from the devil that is creating headache to the already fiery electoral campaign.