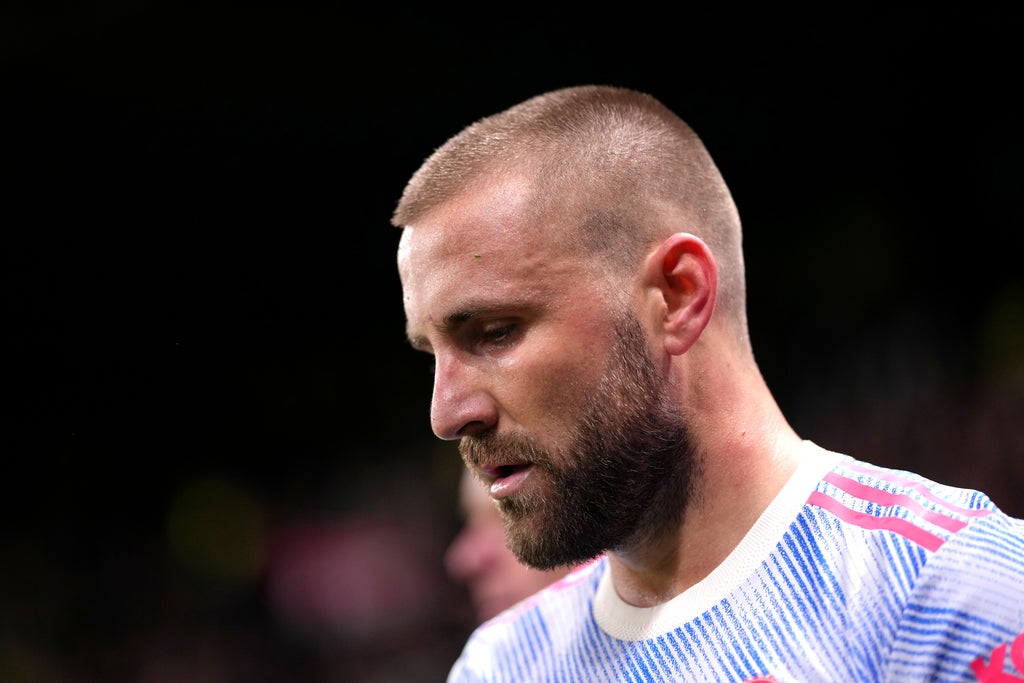 Having bowed out of the FA Cup on penalties to Middlesbrough and been held at Premier League strugglers Burnley, the Red Devils managed to blow a lead to draw 1-1 for the third time in nine days on Saturday lunchtime.

Southampton were the latest side to frustrate United and could have even snatched victory at Old Trafford after Che Adams impressively canceled out Jadon Sancho’s opener.

“I think history is sort of repeating itself, really,” England left-back Shaw said after the 1-1 draw against his former club.

“The first 30 minutes we were good. We created chances, we felt on top, we got the crowd behind us.

“We were aggressive, everything was good and we scored…and then the same scenario again.

“We go into half-time. We speak about it, we say we need to start bright, we know we need to with what has been happening and they score early and it’s just an uphill task from then.

“I think because we’ve been in that situation so many times, maybe the confidence drops and the composure goes and we struggle.”

Shaw concedes the issue might be psychological for a group that have played more matches than some other teams in the top-four race.

“We can keep saying it all the time but it’s not good enough,” he told MUTV.

“We need to improve fast. We need to get results. The most important thing is results and points.

“Where we want to be, what we want to achieve for the rest of the season, if we keep dropping points, we’re not going to get into the Champions League.

“We need to be in the Champions League and in the top competitions, so we need to get better quick.”

Such comments have been made by United players throughout a demoralizing season for all those connected to the club.

Ralf Rangnick’s side have an unenviable schedule coming up, with a trip to rivals Leeds following after Tuesday’s Old Trafford clash with Brighton.

“It’s obviously a massive game on Tuesday against Brighton, so full focus needs to be on that,” Shaw added.

“We know we will have the fans behind us and of course it’s up to us to do it on the pitch.

“The training’s going well. We know what we need to do when we get on the pitch, so it’s down to us as players when we’re on that pitch to give everything that we can and win that game because, like I said, we need to win.”

Southampton get to enjoy a week’s preparation to their next game at home to Everton buoyed by the point at Old Trafford and Wednesday’s thrilling 3-2 triumph at Tottenham.

Ralph Hasenhuttl’s men have this week all but extinguished any talk of a relegation battle and Kyle Walker-Peters is looking to push up the table.

“We’re very satisfied with the result and that’s four points this week, which we’re really happy with,” he said.

“I think it shows how confident we are and it’s important we maintain that and we can’t let that standard drop now.

“We’ve set the standards high and we need to keep it, keep pushing and keep trying to climb the table.

“A draw against City, a win against Tottenham and a draw here, it shows we can compete with the top teams.

“We were confident, we had our chances to win the game or be up in the first half. We had two really big chances which usually you would score from.”