Skip to content
Home News Luis Suárez: “Simeone told me it was a wounded lion and he helped me to remove this claw” | sports 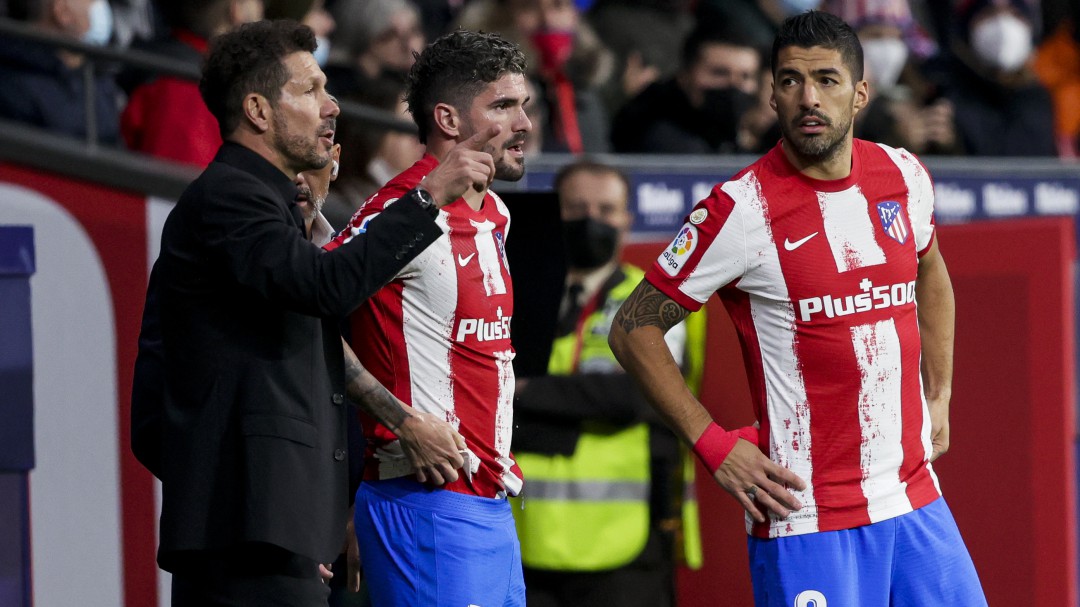 Luis Suárez, Atlético de Madrid forward, is still “moved” by that image in Valladolid, when he was proclaimed champion of the League and spoke by video call with his family from the same pitch at the Nuevo Zorrilla, after those “very complicated moments “from the previous summer when Barcelona dispensed with him, when the rojiblanco team’s challenge arose and when Diego Simeone, his coach, told him that” he was a wounded lion “that he should bring out” that claw and character “.

He related it this Thursday during the delivery of the EFE Trophy to the best Ibero-American player in the Spanish League last season at the headquarters of the EFE Agency in Madrid, when he went back to that indelible snapshot for him, but also for the history of the League , lying on the pitch with the mobile in his hand in tears. “To this day it moves me,” he said when he revived photography again.

“Because they (his family) lived with me the whole situation that I lived (when Barcelona did without him in the summer of 2020), very complicated moments. I think they were there suffering. For me it was special to want to show that one was still worthwhile It was a way that, when they saw me when I was bad, at that moment when I was happy I wanted to share it with them. For me it was a comfort to see them happy and happy, because for me they are everything, “recalled the Uruguayan forward.

After that bump that his departure from Barcelona meant for him, Atlético’s challenge came. “The Uruguayan has that DNA of rebellion, of pride, of continuing to show when he is doubted. That character plays in our favor, sometimes against and sometimes in favor, as in this case. That was what I spoke to Cholo since The beginning. He saw me with a lot of desire to reverse that situation when I spoke with him, when I had the possibility of coming to Atlético, when I had to show it when I spoke with him that what I wanted was to achieve important things with Atlético, “he reviewed.

“When the possibility arises, we started to have contact and he told me (Simeone) that it was a wounded lion. At the time, the worst thing that could happen to someone is to hear at that moment see a wounded lion. To take out this claw and everything this character to show that one was still in force, “he revealed from his conversation with the Atlético de Madrid coach, when he was preparing to sign.

“Before coming to Atlético de Madrid I already knew what the fans were, with the bad luck of not being able to enjoy the title with them on the field last year, but I had them as rivals and I felt that adrenaline of playing at the Calderón and at Wanda. I feel it now every time I play. I knew there were many Atletico fans, but the affection they provide is spectacular. Wherever you go there are always Atleti people, “he continued about the fans of the rojiblanco team.

Luis Suárez is “used” to pressure. “To give up and give up with the criticism that lives around us. You have to be prepared. And something that characterizes me and I say it is that you do not have to get bored of winning. I was lucky to win many things at Barcelona, ​​but it was a I challenge to come to Atlético and win the League. And I want to continue winning and competing, “remarked the attacker, who does not see himself as a coach in the future; “Maybe other things that are not a lot of travel, a lot of concentration, because I’ve been 15 years now.”