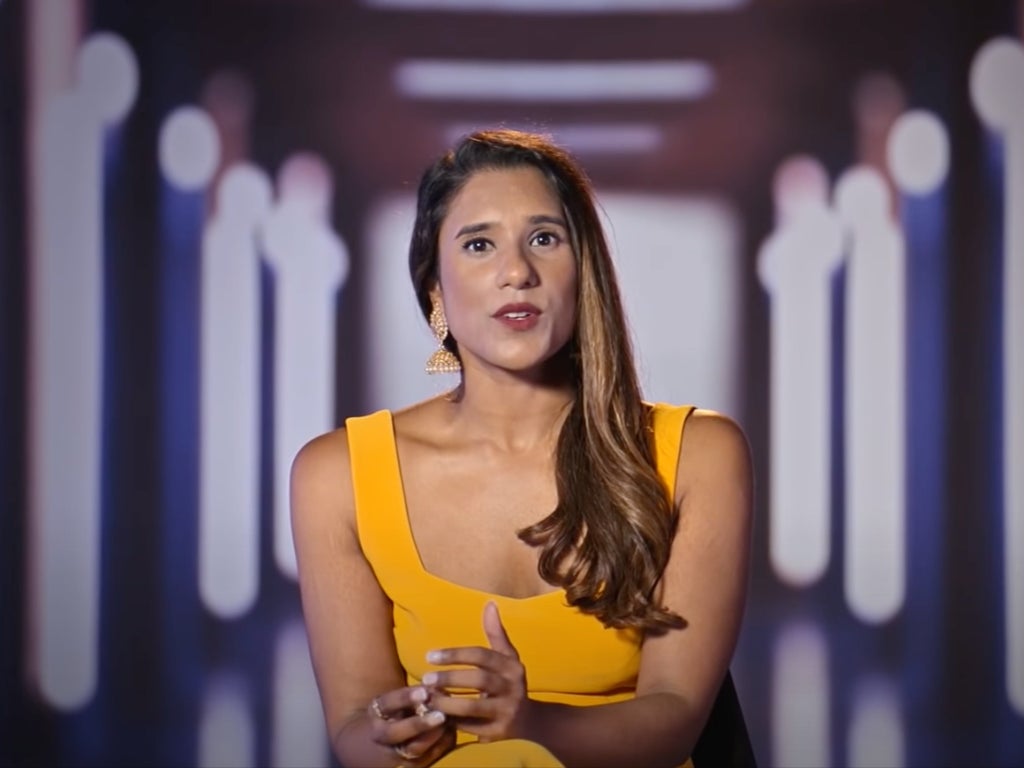 After a week of waiting, love is blind fans are finally able to see how the relationships that began in the pods conclude – or progress.

The Netflix reality dating show, which attempts to determine whether love really is blind, premiered its second season in February, with viewers enamored as they followed along on the love stories of the six couples who were filmed.

During the final episode, the couples decided whether they had fallen in love enough to exchange vows, or whether they would walk away from one another mid-wedding.

For Deepti Vempati and her fiancé Abhishek “Shake” Chatterjee, fans had doubts from the beginning, as the veterinarian, DJ and “mindset coach” had expressed their own concerns about the couple’s relationship to various people throughout the show’s progression.

However, despite Chatterjee’s comparisons between Vempati and an “aunt,” he also declared that he’d fallen in love with the AllState insurance information data analyst, who he described as the “most incredible girl [he’d] ever met”.

To the joy of fans, however, Vempati revealed that she did not see a future with Chatterjee, nor did she want to marry him, during the couple’s wedding.

As the pair stood beneath a floral altar in front of their loved ones, Vempati was asked whether she takes Chatterjee to be her husband, to which she replied: “I hope you know how much you mean to me and the impact you’ve made on my life.

The 31 year old then went on to explain that she deserves “somebody who knows for sure”. “So, I’m choosing myself, and I’m gonna say no,” she continued.

After walking back up the aisle, Vempati explained to the cameras that she knew Chatterjee was not the one for her because he would have made her feel like she was the one and “he never did that”.

Vempati’s decision was met with praise on social media, where viewers expressed their joy that she did not go through with the wedding and instead chose herself.

“I will always love the fact that Deepti CHOSE HERSELF. [It] reminded many women that we should not settle for this. This is exactly what this generation needs, reminders to PICK OURSELVES, TO PUT US FIRST. AHH I just loved she did that #LoveIsBlind #loveisblinds2,” one person tweeted.

Another said: “Yessss Deepti #LoveIsBlind I’m so happy she chose herself! Everything she said is so right! You should be with someone that is sure about you!!!”

“Deepti made the absolutely right decision and gosh, I love and admire her so much for this. I hope she finds reciprocated love,” someone else wrote.

Following Vempati’s exit, her mother also praised her for her decision, with the cameras capturing the moment she told her daughter she was “so proud”.

“That’s my brave girl. My sweetheart,” her mother added. “You did good.”

As for Chatterjee’s response to the rejection, he told wedding guests that part of him is upset, but that it’s ultimately a “net positive,” and that, of the two of them, he had always been the one that was “more on the fence”.

You can find out where the rest of the couples ended up here.