Skip to content
Home News Los Vinagres, the most volcanic and supportive rock 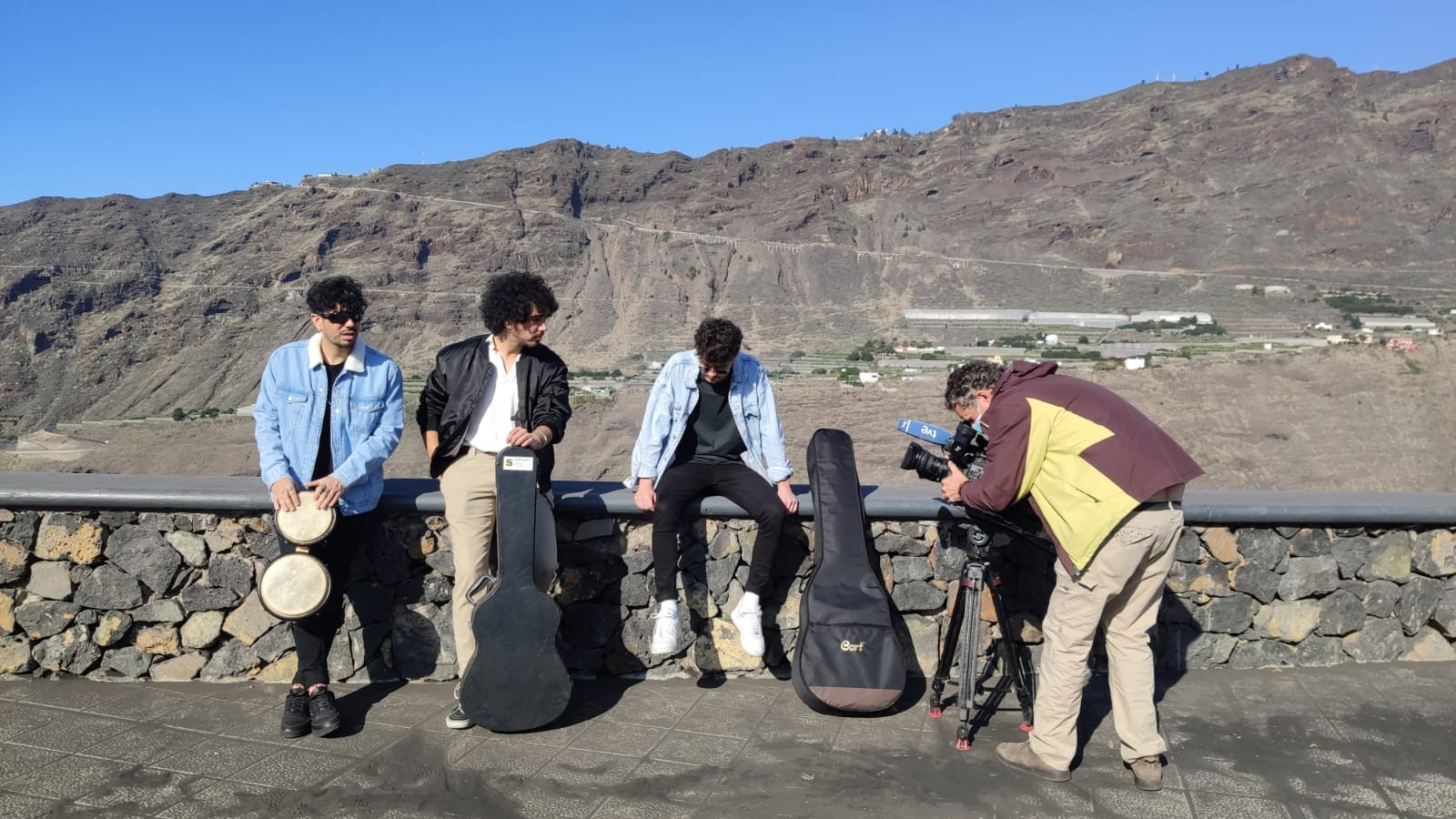 Can rock be volcanic? Is what they do Los Vinagres since 2015. A rock group from La Palma based in Madrid who has also wanted to do his bit to help his land.

“When the volcanoes fall asleep”, wrote Los Vinagres in 2018, in their land La Palma, without ever thinking that, as residents of Los Llanos de Aridane, as affected, they would ask them every day for three months.

Sergio, Abel and Rober have returned to their island this week, just one of the happiest days since the eruption began, when it seems that the volcano has gone to sleep. And that is what they want to bring to their family, festival and party.

“Now that the news is good, there is joy, optimism and we hope it continues to be the case. It is what we preach, joy, optimism, partying, the vacilón, that is what we want, to set up the pitch and that the people Enjoy it and have a good time. “

Amid the ash, which continues to float in the environment and near the banana trees, they tell us how these three months have passed. “We have been coming and going, in contact with the situation, we are from the valley and it has caught us very closely, we have tried to contribute what we could do social appeals, a concert on the riviera to raise funds, and it has been hard, a feeling between fear, fear, adrenaline when it stops. The situation has been quite complex and what we hope is that it has already finished “, says Sergio.

“For me the same, I have been able to come less than them. It was a situation that at first takes a long time to assimilate, you cannot believe what is happening in your land, people with whom you have shared everything, you see them suffer. It is something that It affects a lot and from a distance it seems that it doesn’t, but your heart shrinks, “explains Abel.

“I was right here when it exploded, a month here was hard, seeing how people are losing everything. We were lucky, I liked seeing the vein of solidarity, seeing that people row as one, we did what we could, we organized the festival of Madrid and we raised almost 30,000 euros. We helped as much as we could, we are musicians, each one contributed their grain of sand, I’ll take that, with how supportive the people are, “says Rober.

The ‘Vinagrenéfico’, a solidarity festival

The best way they found to help was for people to have a good time at the ‘Vinagrenéfico’, a festival, a charity festival in which they brought together many musicians to raise funds a month after the eruption began. “It was tremendous, the concert was spectacular, everyone said yes to participate, everyone came for free, it was shown that what mattered was to donate to the island,” says Rober.

They raised almost 30,000 euros for those affected. Among them neighbors, relatives, friends who have been left homeless. They themselves are affected. With a house in Puerto Naos or in Las Manchas. That is why all their music, full of references to their volcanic land, now has more meaning for them.

Volcanic rock is rock made on its volcanic soil, mixed with all the styles and music that have marked them since childhood, such as Canarian folklore in which Latin influences have been formed since childhood. Their music is something like a Canarian stew, they say.

The Canarian music scene is powerful, they say. And they pitch an idea to another of their reference groups, the Ojalá Muchá. Play a little theme with them.

Volcanic rock: “We are the land of volcanoes”

“They have educated us that we are volcanic islands, since we were little in school, but you never stop to think what it means and now solidarity is joining,” they say.

“We adopt the term volcanic rock because we are deeply rooted in our land. Suddenly, it has taken on a completely different balance and from now on it means something different for us. But until you experience it, you don’t know it,” the members explain. from Los Vinagres.

The new album is called Good weather, the Canarian expression to say everything perfect, all good vibes. It will be presented in Madrid on January 21 in the Mon Live room, with 12 songs created during confinement and it will be more festive than ever. Tickets are already on sale on their platforms and on Inverfest.com.

“We always put a lot of emphasis on the land, the lyrics speak of here, we have like a feeling found with the volcano. When they ask us from outside or speak ill of the volcano, it is not that nobody hates the volcano, we are volcanic land, it is what there is, it was said that it came out from a bad place, but it is what there is, it will happen more times here, you have to experience it So. We are a land of volcanoes, “says the group.