Skip to content
Home News Los Corrales: The turkey farm that was converted into an illegal tobacco factory | Spain 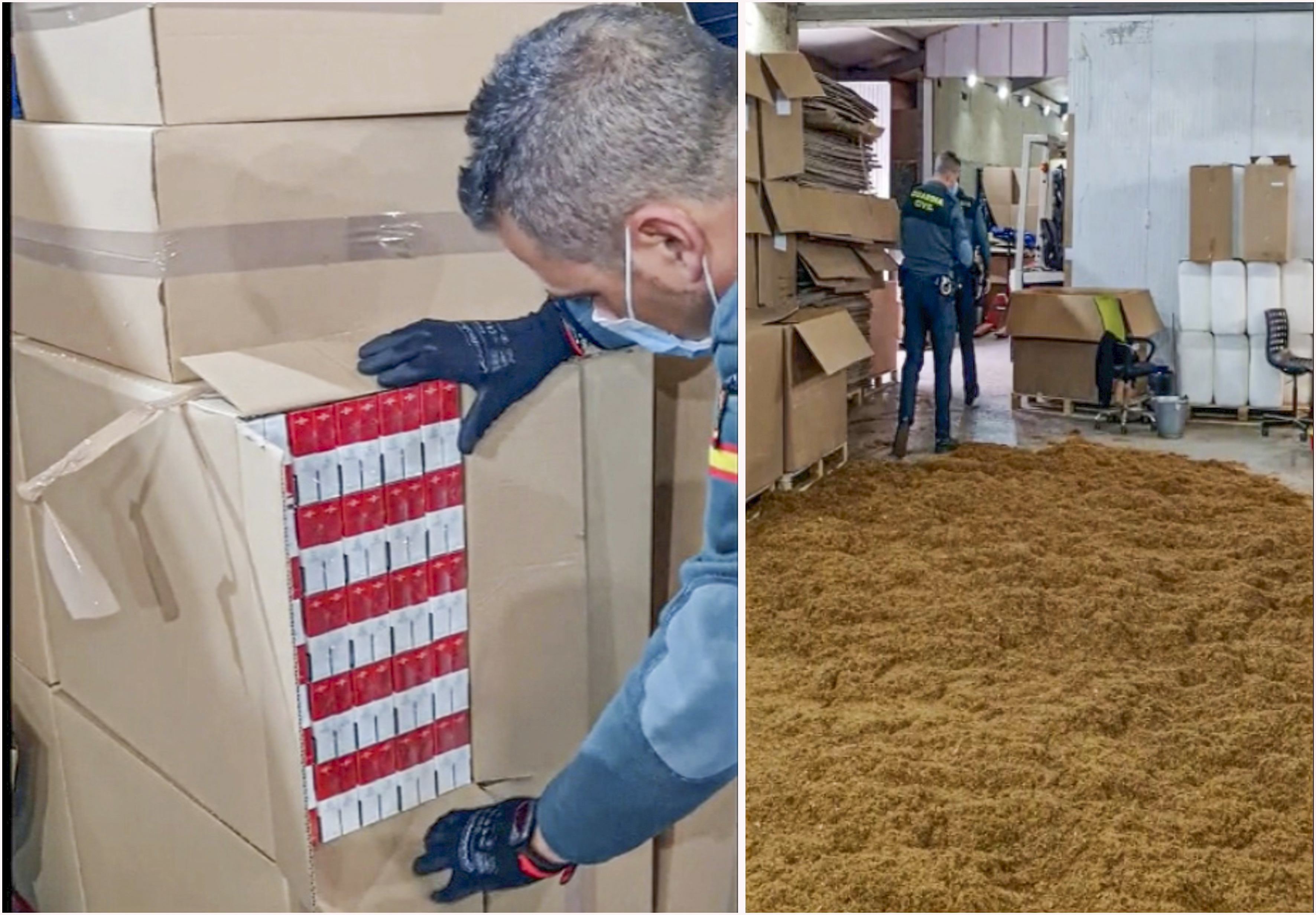 The constant entry of tanker trucks to transport fuel to some warehouses of an abandoned poultry farm in Los Corrales (Seville) raised the suspicions of the agents of the municipality’s Civil Guard last summer. The suspicion increased when they found that, in addition to trucks, vehicles were also circulating continuously, some of them related to people linked to tobacco smuggling. Seven months later, the investigations have ended with the arrest, for the moment, of the person who had leased the warehouses and with the dismantling of a clandestine tobacco factory whose seized assets, including machinery and packs, amount to more than three million euros, according to the information provided by the Civil Guard.

The four warehouses of the poultry farm are located between olive groves, about five kilometers from the municipality of Los Corrales, located 108 kilometers east of the capital of Seville. Previously, their owners raised turkeys in them – hence the operation that began in June 2021 was baptized as Turkey – but they had long since abandoned that activity and the farm was not intended for any other use neither agricultural nor livestock, explain sources of the investigation.

In the first search, the agents verified that two of these warehouses were being used to manufacture smuggled tobacco and that they had very sophisticated equipment, both for production and to make the activity carried out there go unnoticed. One of the two facilities used – each measuring 1,000 square meters – was dedicated to the production of illegal cigarettes. The second was divided into two compartments, in one there were three industrial generators for the production of the electrical energy necessary for the manufacture of tobacco and 4,000 liters of diesel distributed in several tanks, and the second had 10 beds and served as a home for the who worked in the illegal factory.

See also  Rob Harley: Glasgow Warriors' veteran may move to France after being told of release

Although inquiries are still being made, the sources consulted consider that the employees were unaware that they were carrying out an illegal activity. In the usual practice of tobacco smuggling organizations, workers tend to be outside the criminal plot. In one of the last operations against this type of crime carried out in the province of Seville, specifically in El Castillo de las Guardas, the workforce was Greek citizens who were in conditions of semi-slavery.

The entire interior of the warehouses was lined with insulating and thermal material to avoid detecting any type of noise or heat source that could reveal that clandestine activity was taking place inside. It also had a system of six security cameras and several very aggressive dogs that warned of the approach of any outsider.

All the seized material, including the machines for filling, packaging, sealing and packaging the cigarettes, such as the one for the isolation and safety of the ships, in addition to the 3,500 kilos of sting weight and another 12 1,680 kilos of tobacco leaves, amounts to two million euros, as reported by the Civil Guard. The 200,000 packs of smuggled tobacco from different brands and the 340,000 cigarettes are valued at 1,080,750 euros.

The increase in smuggling, counterfeiting and illegal tobacco trafficking ―which constitute approximately 8.6% of the total market in Spain, according to the Ipsos report published in June 2020― has led to a greater involvement of the bodies and security forces to dismantle the networks that are dedicated to this clandestine activity. Between 2013 and 2021, 25 illegal cigarette factories have been dismantled, according to the Intelligence Report on the Clandestine Manufacture of Cigarettes, prepared by Phillip Morris, owner of Malboro, among other tobacco brands.

Andalusia is the autonomous community with the highest number of dismantled clandestine facilities, nine, followed by Catalonia, Valencia and Castilla-La Mancha, with three, respectively, according to the report. It is also the territory with the highest penetration of smuggled tobacco sales. Ten of the first towns on the list are Andalusian, led by Algeciras, where 81.2% of the market is covered by fake cigarettes. The Altadis tobacco company has also drawn attention to the sale of illegal tobacco. Through its application No contraband, where any individual can report tobacco outlets that do not have authorization, the entity has collected 5,574 anonymous complaints, of which 66% correspond to Andalusia.