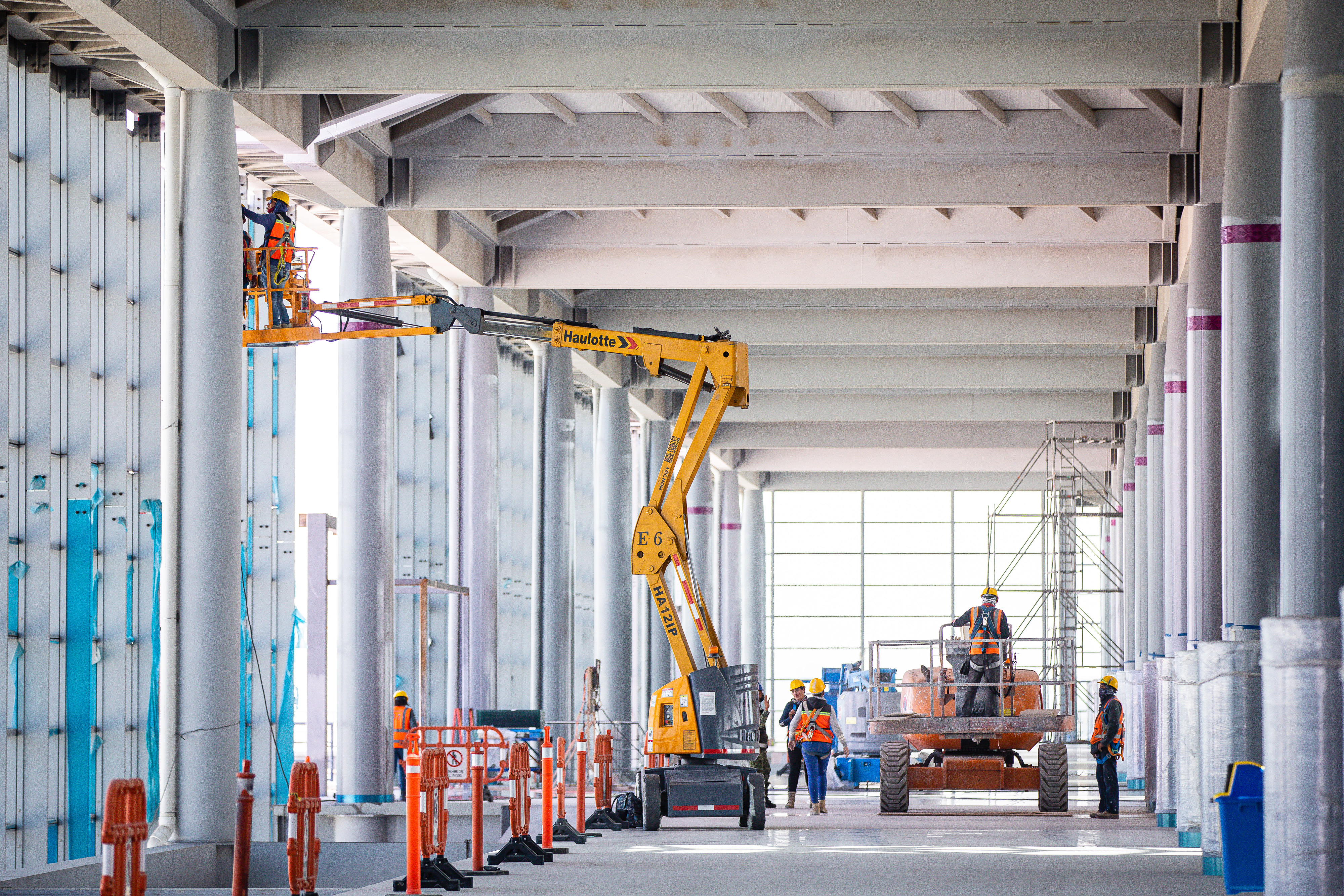 The president, Andrés Manuel López Obrador, has declared the works promoted by the Mexican government a matter of public interest and national security. The Official Gazette of the Federation has published this Monday an agreement that shields the projects whose realization is in charge of the Executive. The text refers to the infrastructures “of the communications, telecommunications, customs, border, hydraulic, water, environment, tourism, health, railways, railways in all its forms, energy, ports, airports and those that, due to their object, characteristics, nature, complexity and magnitude, are considered priority and / or strategic for national development ”. The most emblematic works promoted by the president, who will reach the middle of his six-year term on December 2, are the Mayan Train, the Felipe Ángeles international airport and the Dos Bocas refinery, in the State of Tabasco. The president has defended this Tuesday that the purpose of the initiative is “to speed up bureaucratic procedures so that the works do not stop” and to give security and confidence to the companies.

The decree, which had not been announced and has caused controversy on social networks, reinforces the protection of these works also with regard to advertising, data or information related to them. In other words, the transparency requests contemplated by law will no longer be as before, since the Constitution openly establishes an exception. “All the information in the possession of any authority, entity, body and organism of the Executive, Legislative and Judicial powers, autonomous bodies, political parties, trusts and public funds, as well as of any natural person, legal entity or union that receives and exercises resources public or carry out acts of authority at the federal, state and municipal level, it is public and may only be temporarily reserved for reasons of public interest and national security ”, reads the fundamental law. The text grants, however, that “in the interpretation of this right, the principle of maximum publicity must prevail.”

The considerations with which the decree is argued are eminently political and social. In the first place, the published agreement highlights that “Mexico requires infrastructure to promote its development in an inclusive manner and bring opportunities to the most lagging regions.” Second, it points out that “regional infrastructure, socioeconomic development and tourism projects are important to increase the economic benefit of tourism, create jobs, promote sustainable development and protect the environment.” For this reason, López Obrador describes “the development and growth of the infrastructure in charge of the dependencies and entities of the Federal Public Administration of public interest and national security, which translates into a collective benefit for all Mexicans.”

Finally, the decree instructs the agencies and entities of the Federal Administration to “grant provisional authorization to the presentation and / or obtaining of the opinions, permits or licenses necessary to start the projects or works and thereby guarantee their timely execution. , the expected social benefit and the exercise of the authorized budgets ”.

With this decision, the López Obrador government takes one more step to promote some of the most significant projects of the so-called Fourth Transformation. The president, in an unprecedented decision, had already awarded the most important works precisely to the department in charge of Mexico’s security, the Secretariat of National Defense, thus giving the Army more power also in civil works. At the beginning of this year, for example, it was announced that the military would be responsible for the construction of the Mayan Train in the southeast of the country and for its operation once it is finished. The same happened with the Felipe Ángeles airport, whose first stage of the works will culminate as planned in March next year, and which will be operated by the Ministry of Defense.

See also  There is no peace for Irinea Buendía, symbol of the fight against femicides in Mexico