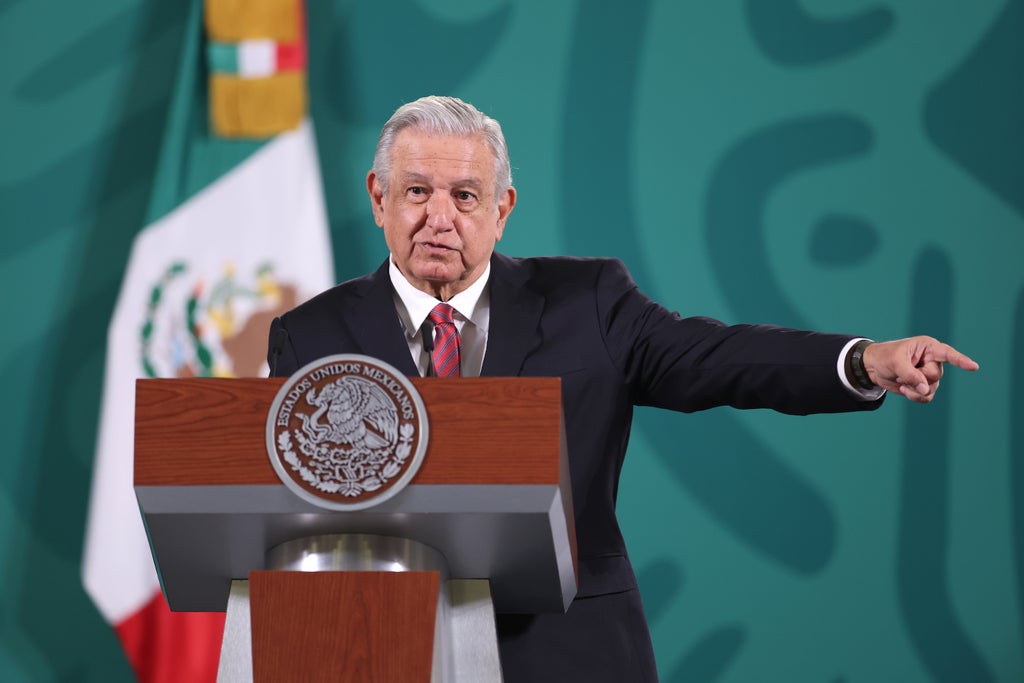 in to tweet Tuesday evening, Mr Blinken wrote that “The high number of journalists killed in Mexico this year and the ongoing threats they face are concerning. I join those calling for greater accountability and protections for Mexican journalists. My heart goes out to the loved ones of those who gave their lives for the truth.”

The next day, at a regularly scheduled press conference, the 68-year-old Mr López Obrador fired back.

“What he’s saying is not true,” the president fired back on Wednesday. “Of course, it’s very unfortunate that there are murders of journalists… In all cases we’re doing something about it, there is no impunity, these are not state crimes.”

Mr López Obrador went on to implore the US to cease funding groups opposed to his administration in Mexico, where he is currently embroiled in a scandal over his son’s use of a luxury home in Houston owned by an oil executive for a major contractor of Mexico’s state -owned firm.

Mr Blinken’s tweet came in response to a series of killings. Earlier this month, an independent journalist named Heber Lopez became the fifth journalist killed in Mexico already this year when he was shot in his office in Salina Cruz, Oaxaca in the southern part of the country.

In response to a spate of killings in January, hundreds of Mexican journalists took to the streets across the country to protest state inaction.

These events are not unprecedented. Mexico has for years been one of the most dangerous countries in the world for journalists. The not-for-profit organization Article 19 estimates that some 145 journalists have been killed in Mexico since 2000, with a number of cases still under investigation.

Mr López Obrador, a left-wing populist who was elected with a sweeping mandate in 2018 and retains an approval rating around 60 per cent, bristled Wednesday at the notion that his government has not put its full weight into bringing the people responsible for killing journalists to account.

Following his press conference, Mexico’s foreign minister Marcelo Ebrard shared on Twitter a letter he sent to his American counterpart Mr Blinken detailing Mexico’s efforts to investigate the killings of journalists and hold the killers to account.

Blinken’s tweet on Tuesday came after he received a letter from US Sens Tim Kaine and Marco Rubio calling on the Biden administration to push Mexico and its president to treat the threat to press freedom in the country with more urgency.

“Current efforts to protect journalists are inadequate… the US must work alongside Mexico to develop a more comprehensive plan to reduce the violence,” Mr Kaine and Mr Rubio wrote.

The senators also criticized Mr López Obrador’s treatment of the media for setting a dangerous example, arguing that “the years-long violence against journalists in Mexico cannot begin to lessen as long as the country’s leader continues to normalize hostility towards freedom of expression”.

In a follow up message to Newsweek, a US State Department spokesperson said, “We seek to partner with all governments, including the government of Mexico, to promote media freedom and protect journalists’ ability to do their jobs without fear of violence, threats to their lives or safety, or unjust detention. Investigating these attacks on independent media and holding the perpetrators accountable are of paramount importance.”