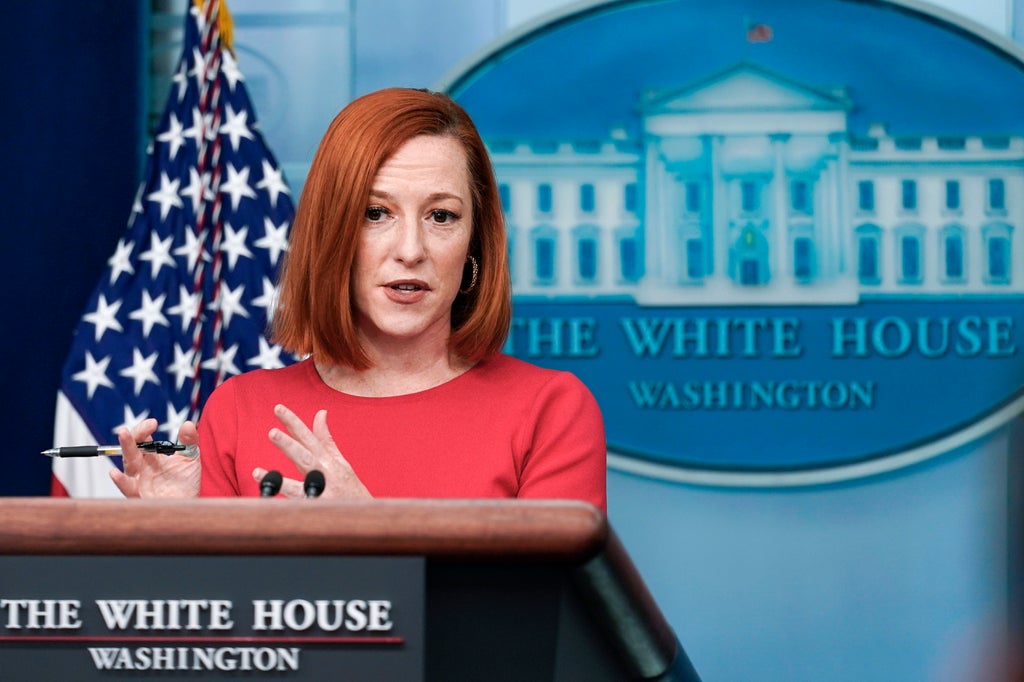 When President Biden’s administration was asked for evidence to back up dramatic claims about national security developments this past week, it demurred with a simple rejoinder: You’ll have to trust us on that.

No, they would not reveal what led them to say they knew that Russia was plotting a false flag operation as a pretext to invade Ukraine. No, they would not explain their confidence that civilian casualties were caused by a suicide bombing rather than US special forces during a raid in Syria.

The administration’s response took a particularly caustic turn as spokespeople suggested that reporters were buying into foreign propaganda by even asking such questions.

The lack of transparency strained already depleted reserves of credibility in Washington, a critical resource diminished over the decades by instances of lies, falsehoods and mistakes on everything from extramarital affairs to the lack of weapons of mass destruction in Iraq.

The exchanges were also a sign of increased skepticism of the Biden administration when it comes to intelligence and military matters, particularly after officials failed to anticipate how swiftly the Afghan government would fall to the Taliban last year and initially defended a US missile attack in Kabul as a “righteous strike” before the Pentagon confirmed the action had killed several civilians but no terrorists.

“This administration has made statements in the past that have not proven accurate,” said Kathleen Hall Jamieson, director of the Annenberg Public Policy Center at the University of Pennsylvania. “Kabul wasn’t secure. The drone strike did kill civilians. The press is doing its job when it asks, ‘How do you know that?’”

The latest scrutiny seemed to have struck a nerve, resulting in barbed interactions with White House press secretary Jen Psaki and State Department spokesman Ned Price that stood out even amid the typically contentious relationship between the government and the press.

Jamieson described the responses, which included insinuations that reporters were being disloyal, as “completely inappropriate.”

“These are cases in which the reporters’ role is even more consequential because the matters” — the use of lethal force by the US military and a potential war in Europe — “are so important,” she said.

The first exchange took place Thursday aboard Air Force One en route to New York as Psaki fielded questions about the US special forces raid in Syria, which resulted in the death of Islamic State leader Abu Ibrahim al-Hashimi al-Qurayshi

US officials said al-Qurayshi killed himself and his family with a suicide bomb, but NPR’s Ayesha Rascoe said there “may be people that are skeptical of the events that took place and what happened to the civilians.”

Psaki asked whether the reporter was suggesting that “ISIS is providing accurate information” as opposed to the US military.

“I mean, the US has not always been straightforward about what happens with civilians,” Rascoe responded.

Asked about her comments, Psaki said Friday that “we welcome tough questions and good faith scrutiny.”

She said officials were committed to providing as much detail as possible about the Syria raid and she was relying on “firsthand reports from our elite servicemembers” to describe the incident.

Price similarly sparred with a reporter at a State Department briefing on Thursday after US officials said Russia was preparing a “false flag” operation as the opening act for an invasion of Ukraine. The alleged scheme included a staged explosion and enlisting actors to portray people mourning the dead.

See also  The state of the reservoirs in Spain

“Where is the declassified information?” asked Matthew Lee of The Associated Press.

“I just delivered it,” Price said.

“No, you made a series of allegations,” Lee replied.

Price said US officials needed to protect “sources and methods.” After a contentious back and forth, Price said that if reporters want to “find solace in information that the Russians are putting out, that is for you to do.”

He later walked back his comments.

Rep. Jim Himes, a member of the House Intelligence Committee, said the administration hoped to prevent Russia from following through on a false flag plot by publicly airing the allegations.

“This really isn’t a question of winning over the public,” said Himes, D-Conn. “This is about altering Vladimir Putin’s behavior.”

Richard Stengel, a former editor of Time magazine and onetime senior State Department official, said the government frequently has to make difficult decisions about balancing sensitive information and the need to be transparent.

But there are long-percolating concerns that the scales have tipped too far toward secrecy. Even Biden’s director of national intelligence, Avril Haines, said the government classifies too much information.

In a Jan. 5 letter to Sens. Ron Wyden, D-Ore., and Jerry Moran, R-Kan., Haines said that “deficiencies in the current classification system undermine our national security, as well as critical democratic objectives, by impeding our ability to share information in a timely manner.”

She added that this “erodes the basic trust that our citizens have in their government,” especially as “the volume of classified material produced continues to grow exponentially.”

Politicians have routinely promised to restore trust in Washington, but it remains a scarce commodity ever since the Vietnam War and the Watergate scandal. Soon afterward, President Jimmy Carter won office by telling voters “I’ll never tell a lie.” He was voted out after one term.

Scandals have tarnished subsequent administrations, from secretly funding the Contras in Nicaragua by selling weapons to Iran under President Ronald Reagan to President Bill Clinton covering up an affair with a White House intern.

After the terrorist attacks of Sept. 11, 2001, President George W. Bush claimed the US needed to invade Iraq to eliminate Saddam Hussein’s weapons of mass destruction, but no such weapons were found and American troops spent years wrestling with a bloody insurgency.

President Donald Trump routinely misrepresented basic facts about his administration throughout his term and continues to spread falsehoods about the last election.

Biden promised to restore truth in Washington after defeating Trump, but trust appears to be in short supply one year after taking office. Not only did the chaotic withdrawal from Afghanistan undermine his administration’s credibility, Americans have grown exasperated with shifting public health guidance during the ongoing coronavirus pandemic.

According to a CNN/SSRS poll conducted in December, only 34% of Americans said Biden “is a leader you can trust.” Another 66% said they “have some doubts and reservations.”

the silence of the mountaineers moves in Cannes