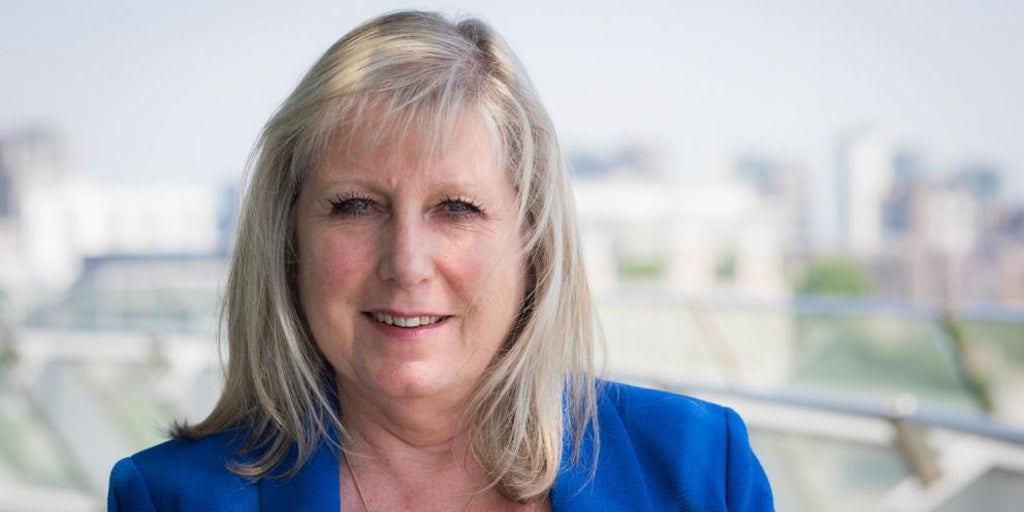 The leader of the Conservatives in London has come under fire over comments about race and policing after saying the Black community has a “problem with crime.”

In remarks during a Police and Crime Committee session at City Hall, she also said: “Problems with crime within the Black community is something I have brought up constantly because we need to assist those communities; the problem is the minute we do we are accused of being racist or as near as damn being racist.”

Approached by The Independent about her comments, she said: “The Black community often don’t think they’re being treated fairly because of stop and search, but you’ve got to look at the statistics of why police stop and search, such as the likelihood of finding knives.

“You are going to get more of a community reaction against the police if they are looking for people in your community – but there are instances, and it is very disproportionate, the crime from the Black community.”

The government’s own data shows that stop and search is not effective at reducing crime.

Emmanuelle Andrews, policy and campaigns manager at Liberty, said Ms Hall’s comments were harmful to London’s Black communities. “It is no wonder that communities of color have less trust in the police when people in power feel they can openly express such offensive attitudes,” she said.

“Young Black men have for years been subject to some of Britain’s harshest policing, for example misguided interventions like stop and search and the gangs matrix, which Liberty is currently challenging through the courts.

“Continually criminalizing communities and then blaming them for it only serves to deepen societal divides; the root causes of some social issues can never be solved by increased policing and surveillance. Instead, if the government and those in power really care about the communities they so often express opinions about, they must invest in approaches with participation, fairness and social justice at their hearts.”

During the Police and Crime Committee session, Deputy Major Sophie Linden gave figures from official surveys showing that Black Londoners have less trust in the Metropolitan Police than white Londoners and are less likely to think the police will treat them fairly.

It follows the recent resignation of Met Police commissioner Cressida Dick after London Major Sadiq Khan made clear he had no confidence in his plans to reform the service.

However, speaking to The IndependentMs Hall said: “I think the… Black community in London is 13 or 14 per cent more times likely to be stabbed and to be a perpetrator.

“I’ve been trying to get Sadiq Khan to look at this because Black mothers are terrified… there is a real problem, and he really needs to put some help into those communities because they can only have issues like this if there are real problems of poverty or whatever they are.”

Ms Hall also said white politicians were “scared” to say what she has, because they are mindful of being thought racist. “The only one that can go near this is Shaun Bailey, because he’s Black, and because he’s Black he can say what he likes,” she continued.

“The trouble is, a Black person can say these things without being called racist, but it needs to come from all of us, saying we’ve got to help this community to see how we can start to make things better.”

Barrister Abimbola Johnson, chair of the newly-implemented Independent Scrutiny and Oversight Board set up by the National Police Chiefs’ Council (NPCC), said Ms Hall should focus on knife crime “rather than feeding into a narrative that racialises it”.

“Black people need to be treated as individuals who are multi-faceted beings, with vulnerabilities and concerns like anyone else, rather than being described as a singular community whose members act with some kind of uniquely violent criminal intent,” she told The Independent.

“The lower levels of trust in the police by Black communities cannot simply be explained away by trying to justify the use of stop and search to combat knife crime. For a start, only 2 per cent of stop and search [interventions] result in weapons seizures, and the vast majority result in no further action being taken.

“Black communities suffer racial disparities in respect of the use of most police powers, not just stop and search, including taser, arrest, and being remanded in police custody. Those racial disparities persist even in areas where knife crime is low.”

Ms Johnson continued: “Knife crime is treated like it’s a ‘Black problem’ – it is not. It remains an issue in areas with low Black populations. Decades ago it was seen as an ‘Irish problem’. Before that a working-class one. The causes of knife crime are the same, whether the perpetrators and victims are Black or white, including socio-economic insecurity, lack of youth provision, fear, and welfare cuts as a result of years of austerity.”

Lee Jasper, vice-chair of equalities group African, Caribbean and Asian Lawyers for Justice, described Ms Hall’s comments as a “disgrace” and accused her of “the racial profiling of an entire community.”

“We will be requesting the minutes of the meeting and will be filing an official complaint immediately,” said Mr Jasper, who was director of policing under former London Mayor Ken Livingstone.

“London’s Black communities commit no less or more crime than any other community. It is shocking that an elected representative for the most diverse city on the face of the planet can be so ignorant of the facts.

“Anyone who suggests we are more likely to commit crime is promoting the falsehoods and propaganda of right-wing fascists.”

A spokesperson for Mr Khan said: “The mayor is determined to increase the trust and confidence all our communities have in our police, so that every Londoner, regardless of background or postcode, can feel safe, protected and served. That’s why Sadiq’s action plan to improve trust and confidence in the Met, particularly from Black communities, was created by the very communities who have been calling for change.”