The father of murdered five-year-old Logan Mwangi has paid emotional tribute to his son.

Ben Mwangi separated from Logan’s mum Angharad Williamson after he was born.

He had no idea Logan was being systematically abused by evil Williamson and her brutal partner John Cole.

Following their guilty verdicts for murder he said: “Logan was the sweetest and most beautiful boy whose life has been tragically cut short.

“The world is a colder and darker place without his warm smile and the happy energy with which he lived his life.

“The hole that has been left in the hearts of all who knew and loved him will never be filled. No amount of time can heal the wounds that have been inflicted.

Logan was just five when he was murdered
(

Logan was described as “the sweetest and most beautiful boy”
(

“The wonderful memories I have of my son will never be tarnished – they will forever be in my heart and soul.

“I loved him so much and somehow I have to live my life knowing that I will never get to see him grow up to be the wonderful man he would have been.

“I would like to thank South Wales Police and the Prosecution team who have worked tirelessly to bring those responsible for my son’s murder to court.

From all of us, thank you for doing an amazing job and for getting justice for my son.”

Mr Mwangi was living in Brentwood, Essex, when he met Williamson through mutual friends in 2009 or 2010 when she was working as a manager of Carphone Warehouse in Stratford, London.

He next saw her in 2014 and they began a relationship which lasted two and a half years.

During the pregnancy she suffered seizures.

Giving evidence at court during the trial he said: “On March 15, 2016, Logan was born in the Princess of Wales Hospital in Bridgend.

“Angharad had been staying in Wales with Claire (Williamson, her mother) and I was visiting. 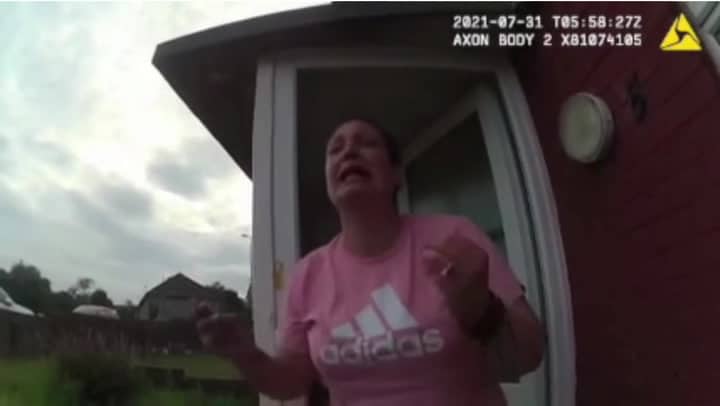 “I was present when Logan was born and it was the happiest time of my life. I stayed with Claire for a few weeks but I would clash quite a lot with Claire and did not think it was good for anyone, especially Logan, so I moved back to Brentwood with my mum and my first priority was to get work to support Angharad and Logan and I was able to financially support them.

“During that period I was in regular contact with Angharad who would call me and send me pictures of Logan. He was the cutest little boy…We were back and forth visiting each other and after a few months Logan and Angharad moved to live with me at my mum’s address.

“It was okay at first but our relationship deteriorated and we started arguing.

“In August 2016 she told me Claire was unwell so she moved back to Bridgend and continued to live in Wales.”

Mr Mwangi said contact with Logan was quite regular at first but after Williamson married Jordan Hunt contact ceased.

Three years later Mr Mwangi was in a pub in Essex when Williamson walked in and approached him out of the blue. He said: “She said she had been looking for me and she wanted to see me to start contact again with Logan. Angharad had a shaved head with hearing aids in.

“I had regular contact again with Logan through video calling and I met up with them in Sarn. He said: ‘Hello Daddy’ and threw his arms around me. I picked him up from school and we went to the park and had ice cream. Everything was going so well and we arranged to meet again.

“In 2019 I came up to Brentwood and met my dad and cousins. I loved Thomas the Tank and Paw Patrol and we would watch those together.

Logan’s dad paid an emotional tribute to him outside court
(

“When they were leaving Angharad told me not to get too emotional not to upset Logan. This was the last time I saw Logan.”

From then on Mr Mwangi said he would speak to Logan over video call when he was staying with his grandmother Claire Williamson at weekends.

He said: “January 2020 was the last time I spoke to Logan… Claire later told me she no longer had contact with Logan as Angharad stopped her from seeing him. I didn’t have contact details for Angharad so I have not spoken to or seen Logan since.

“I did not know where he was or how he was getting on in school and that has tormented me.

“I had no concerns for him. He seemed highly content and seemed to be okay. His learning of him was coming on and he was an intelligent little boy. ”