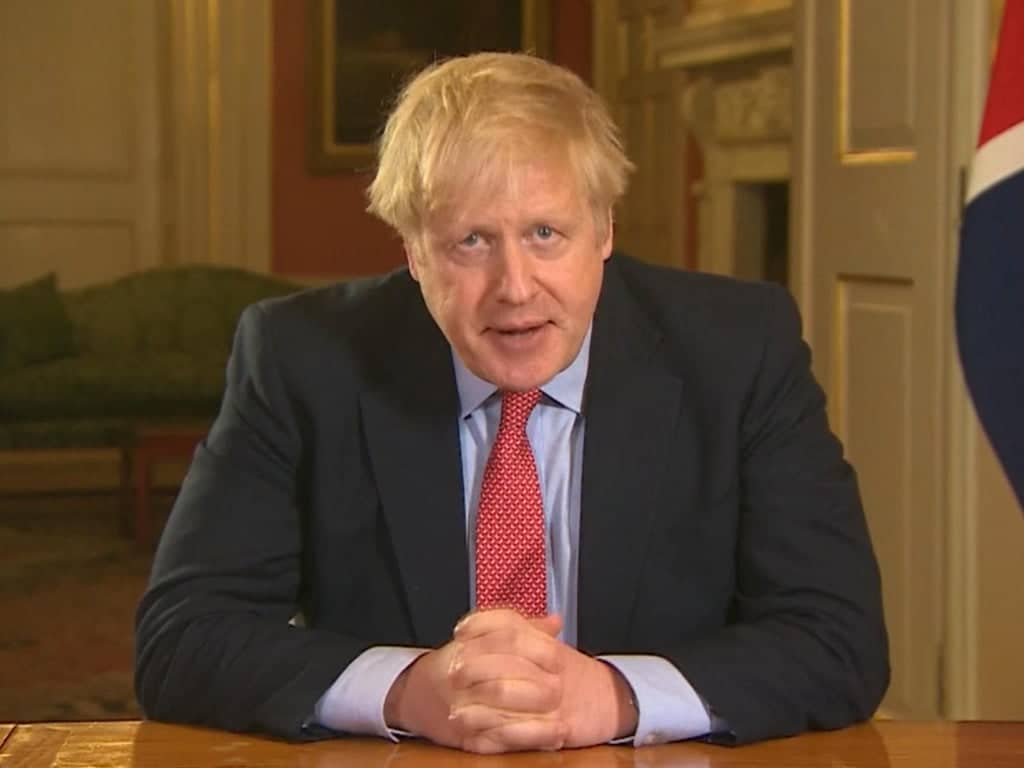 As a mysterious new virus emerged in central China at the end of 2019, the foremost concern of people in Britain was the country’s upcoming withdrawal from the European Union after more than three years of bitter negotiations and dire warnings of economic collapse.

But within months Brexit and the changes it brought the UK were eclipsed by what came to be known as Covid-19.

The extremely contagious virus forced the government to order people to not go near friends or relatives and compelled the most extreme economic support measures for generations to keep businesses small and large from going under.

Boris Johnson and his cabinet colleagues were criticized for moving too slowly and relying on hopes of herd immunity when other countries were swift and harsh in bringing measures to slow the spread of the virus.

Despite reluctance at the top of government to impose previously unthinkable restrictions, the prime minister eventually ordered everyone in Britain to stay at home on 23 March 2020.

Two years on, The Independent walks back through how the first lockdown came to be:

China reports an outbreak of pneumonia cases with an unknown cause in the city of Wuhan.

The cause of the outbreak is determined to be a novel coronavirus. The World Health Organization (WHO) reports that testing by Chinese authorities has ruled out the possibility that a known virus such Sars, Mers or bird flu is behind the cases.

After several reports of cases outside of China, Public Health England (PHE) raises the risk level to the public from “very low” to “low”.

The UK’s first two patients test positive for the coronavirus after two Chinese nationals from the same family staying at a hotel in York fall ill.

PHE moves the risk level to “moderate” the following day. Britain leaves the EU the day after that.

With eight cases now confirmed in the UK, Mr Hancock grants doctors the power to order people into quarantine if they are suspected of being infected.

The government tells travelers returning from areas known to have outbreaks of the virus, now known as Covid-19, to self-isolate on arriving in the UK. Parts of China, South Korea and Italy are covered by the new rule.

A woman in her 70s became the first known person to die in the UK from Covid-19. The number of people known to be infected with the virus surges past 100.

Boris Johnson says coronavirus is the “worst public health crisis for a generation”. The prime minister says anyone with either a new continuous cough or a high temperature should stay at home. He declines to ban major public events such as concerts and football matches.

Chief scientific adviser Sir Patrick Vallance defends the government’s approach from criticism that it does not go far enough, saying he hoped the strategy would build a “herd immunity in the UK”.

Mr Johnson, in the first of what become daily briefings on the pandemic, urges everybody in the UK to work from home and avoid pubs and restaurants. He says “now is the time for everyone to stop non-essential contact and travel”.

Mr Sunak unveils the biggest package of emergency state support for business since the 2008 financial crash, with £330bn-worth of government-backed loans and more than £20bn in tax cuts and grants for companies threatened with collapse.

As the number of known cases nears 2,000, the government announces most schools across England will be closed until further notice. Wales and Scotland also say they will close schools by the end of the week.

Sir Patrick Vallance says everyone must now follow public health advice and socializing in pubs and clubs must stop.

The prime minister orders all pubs, restaurants, gyms and other social venues to close their doors for the foreseeable future as the number of known cases hits 4,000.

The chancellor says the government will pay firms up to 80 per cent of the wages of furloughed workers in order to prevent mass lay-offs.

The government imposes a nationwide lockdown – set to last for at least three weeks.

In an address to the nation Mr Johnson says: “The time has now come for us all to do more.

“From this evening I must give the British people a very simple instruction: You must stay at home.”