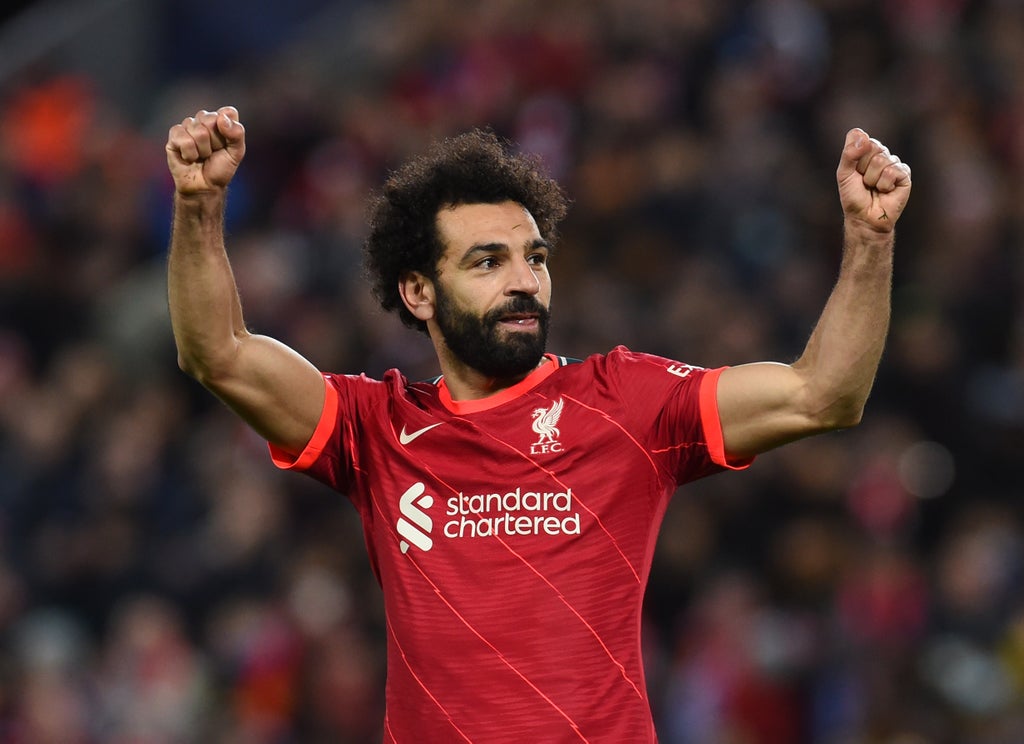 In a landscape of cliches and manicured responses, it is rare to glimpse beyond the curtain and gain a true sense of dressing room sentiment – unless of course, disgruntled players are spearing a manager with all sorts of petty leaks.

Ahead of Liverpool’s Internazionale obstacle, however, Trent Alexander-Arnold was honest about something that has hung heavy in the Merseyside air. There has been a pang for more silverware, an acknowledgment that such a solid squad and supreme manager should be counting a lengthier list of honors.

He may have stopped short of fully admitting his boyhood club haven’t won enough in this golden era – offering only a “partially” when asked if he agrees that the medal collection could be bigger, but it has privately been spoken about by senior players .

The amount of almost-moments speak to the feeling that Liverpool’s haul could’ve been swelled under the German: the 2016 League Cup and Europa League final, the climax of the European Cup in 2018, the 97-point domestic season the year after…

It is not these near-misses that gnaw at the established core of the team. What has stuck and twisted is the reality that after being crowned champions of England, Europe and the world, a period of planned domination returned into fire-fighting an severe injury crisis and the psychological impact of ending a 30-year league drought behind closed doors .

Jurgen Klopp’s Liverpool are often tagged with chaos, but are actually crafted in control. Last season – bar their final run towards Champions League qualification – and for a stretch in the current campaign, they could not contour their own fate. It seemed as though things were happening to Liverpool rather than their comfort zone of forcing their way.

The Merseysiders could not, as Alexander-Arnold put it, steer towards “the minimum achievement of one trophy a season” – but there has been a marked change in mood, in swagger, in certainty over the past month.

That is a consequence of consistency, more intelligent investment in the squad, and Klopp’s fresh poser of having everyone available for selection.

Liverpool are stretching the opposition, but also squeezing out games. They are efficient, and as Pep Guardiola observed, in that sweet spot of being convinced they can do whatever is necessary to win.

City are comfortable yet cannot afford not to look over their shoulder, but making a right fist of the title race will be a backdrop to collecting cups. Liverpool want “the maximum” and a seventh European Cup is in focus along with ousting Chelsea in the League Cup final.

Even the early rounds of the FA Cup have merited a stronger selection from Klopp in a nod to the club’s evolution: they can and should be competing on all fronts. Prioritizing the top flight and continental showpiece was a smart move with a thin squad that lacked requisite depth in quality and versatility.

A team that houses Mohamed Salah, Sadio Mane, Diogo Jota, Luis Diaz and Roberto Firmino as offensive weaponry demands a multi-target mindset. That’s without even mentioning cult hero Divock Origi or the fact that Joe Gomez, so pivotal to the golden defensive period under Klopp, can’t get a kick with three centre-backs ahead of him.

To quote Alexander-Arnold: “Only the league is not in our hands, and anything can happen there. The other three competitions we believe we are able to win them.”

There are enough good players in need of minutes and the trick now will be to loosen the idea of ​​a concrete XI with buy-in from the key men.

“It is much more important how we play than who is playing,” Klopp said in his pre-match briefing ahead of the Inter test, alluding that he will be shuffling his selection more frequently moving forward. “It helps of course that we have solutions for different problems, options for different situations.

“I have the opportunity to make more changes. I cannot always play the same line-up just because we won the last game. It is something we have to learn together. We never had it before. It is pretty exciting.”

It is also a healthy state of play if a trophy is the minimum objective every season. Liverpool’s designs on the Champions League being one of them this term will be challenged by Inter: a side posting the best underlying attacking numbers in Serie A, growing in credence and with a steely defence.

Their kryptonite has been conceding in bad moments, but more over a trend of going ahead but not being able to shut a fixture out.

“Inter are a top-class team with top class players and top-class manager, with all respect to other teams they are probably the best team this year again in Italy,” Klopp said.

“We can’t see it in the table at the moment, but they look really rock solid, they have creativity on the pitch, very well organized, very well drilled, and the individual quality is big.

“That is the Champions League, a top-class team and we need to show a top-class performance even to have a chance. But why shouldn’t we try?”