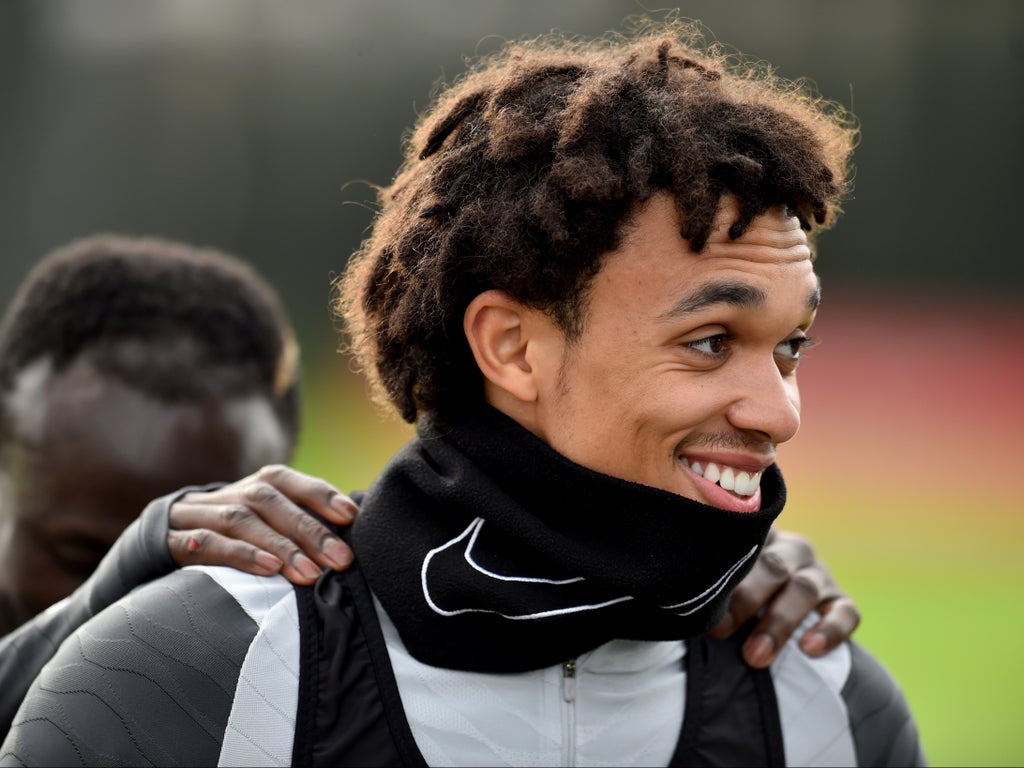 Having lifted the Champions League and Premier League in back-to-back years in 2019 and 2020, last season was a barren one for the Reds and the players have set themselves the minimum requirement of securing at least one piece of silverware per year.

But Alexander-Arnold thinks their continued involvement in four competitions means there are greater riches to be had, even if chasing down Manchester City’s nine-point lead looks a tough ask in the Premier League.

“Definitely on all four fronts it makes it easier having so many great players in the team,” he said. “But the seasons when we won the Champions League and almost won the league we showed people we can compete on multiple fronts.

“To be in all four fronts is good for us. Our focus is on making sure we are still in all four competitions for as long as we can go.

“Looking at it now there is only the league that is not really in our hands, all the other cup competitions we are in we believe we can win them or beat everyone on our day if we get it right.

“So the only one is the league – and anything can happen there. It is important for us to keep winning games. I don’t think nine points gap is much pressure but we need to keep as much pressure on as we can, make sure we win the game in hand and take it to six.

“There is not much in our hands but anything can happen in this league so make sure we are in a position to pounce if they slip. The other three competitions we believe we are able to win them.”

Considering the quality within the squad there is an argument Liverpool should have had more success.

Those two titles, albeit the most desirable, are the only two trophies attained for more than six years under Klopp at Anfield.

It is something the players want to put right, although Alexander-Arnold cited City, whose squad has been assembled at vast expense, as an example of how having the best players does not necessarily guarantee the success you want.

“We don’t feel disappointed we haven’t won enough trophies because we feel the trophies we have won are the biggest and the best you can get your hands on,” added the England defender ahead of the Champions League last-16 first leg trip to Inter Milan.

“Obviously not making any digs but you look at Man City’s amazing team and they haven’t been able to lift the Champions League.

“They have won a couple of Prems but they have not been able to win the Champions League and we have won both in the last few years.

“There is an expectation now as a team, as players, to win trophies. I think one trophy a season is the minimum we need to be achieving.

“Next week (in the Carabao Cup final) we have the opportunity to go grab that but with the squad we have got, the manager, we should be winning trophies, we expect that of ourselves and if we don’t it is a massive disappointment.

“We are not in that phase now where we are happy just to get to finals and it is a little bit of a surprise and a day out.

Klopp takes his squad to Italy on the back of six successive victories, having in December become the first English side to win all of their Champions League group matches.

He knows things are set to get more difficult from this point, however.

“Inter is a top-class team, top-class players, top-class manager, with all respect to other teams they are probably the best team this year again in Italy,” he said.

“That is the Champions League: a top-class team and we need to show a top-class performance even to have a chance. But why shouldn’t we try?”