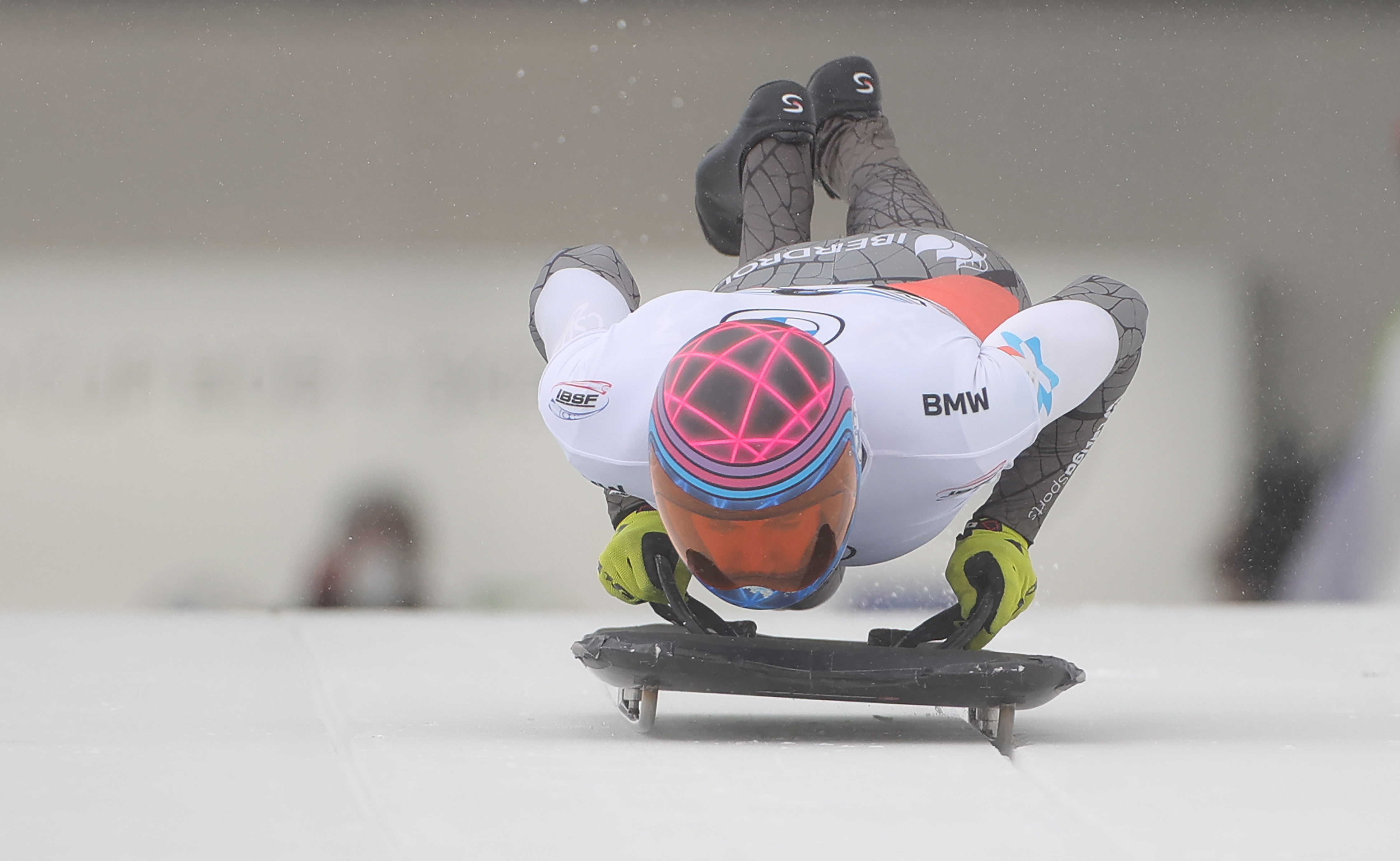 “What laziness!” The president of the Spanish winter sports federation, May Peus, shaken recalls the times, not so long ago, when before the Winter Olympics the media spotlights, usually elusive, focused for a few days on the slopes skiing, and they did it nostalgic for the empire that was never remembering its past glories.

“We continued to live off the Fernández Ochoa brothers, Paquito and his gold medal at Sapporo 72, and his sister Blanca, also bronze in slalom 20 years later…”, says Peus. “But in Pyeongchang, four years ago, the medals of skater Javier Fernández and Regino Hernández, in snowboard cross, the first in the Spanish winter in 26 years, allowed us to go from nostalgia to hope. And that’s where we are. The discourse has changed a lot.

Neither winter sports, 15 Olympic snow and ice specialties, are universal, as dependent on geography and socioeconomic reality as they are, nor the Spain of the Pyrenees and Sierra Nevada, and with an increasingly African climate, has been never leading country. In Beijing 2022, 91 countries participate, less than half than in a summer Games, and in the historical medal table of the 23 Games played since the beginning of 1924 in Chamonix (France) there are only 41. With its four medals, the Spanish winter March 34th of a list headed by the 368 podiums in Norway. The Scandinavian countries, the Alpine countries, the Netherlands where children learn to race on frozen canals before they learn to walk, the great powers and other countries in the northern hemisphere where, like Canada and Russia, snow is the queen several months a year, they dominate the space.

And that’s how things were until, recently, urban sports, made of concrete and adrenaline, took to the ski slopes and, while the parents spent the day going up the chairlift and going downhill doing esses, the children had fun with short boards and skis doing somersaults and pirouettes. “We are all children of parents who did traditional skiing and let us children have fun downstairs, in the park,” says the young woman freeskier (acrobatic skier) Gipuzkoa Maialen Oiartzabal.

And, from there to the Games, where, to the dismay of the purists, who consider them more of a circus than a sport of pain, agony and suffering — “soon it will be Olympic even the snowball fight,” ironically former Croatian skier Ivica Kostelic, old glory of a traditional specialty, the combined, about to disappear from the program—adrenaline specialties win and gain ground. And snow is no longer just a matter of the usual countries. The new figures can come from anywhere. Also from Spain.

The Spanish sign has changed. The lighthouse is not the doors or the flags of a giant or a slalom down the slope; the sign is now acrobatics on a table in a half pipe of one ridercalled Queralt Casteller or the weightless flight in the big airwith skis at the feet and the night around, of two freeskiers like Thibault Magnin or Javier Lliso; or the race up and down, along a track like the motocross ones, on Lucas Eguibar’s board. “We are here to demonstrate that a very good job has been done in emerging modalities. They have bet on them. snowboard budget and free style It has multiplied by four in seven years. The alpine has doubled”, says the president of the federation. “And they are media figures… Between Lucas, Queralt and Thibault there are five medals in World Cups and one in Games… And in history we had two in Games and one in a World Cup. We are never going to be at the level of the Alpine countries, it is impossible, but we will be with those around us”.

The sign of the times. The emerging snow. The globality.

“Regino’s medal in 2018 closed a negative period of 26 years,” says Peus. “Now we think that each Olympic cycle can have a medal. We go to Beijing with at least three options. Thib Magnin has not been on the podium in the World Cup, but anything can happen: he is among the top 10 in the world, why not? Queralt Castellet would be a surprise if he didn’t get a podium. He comes from doing it in all the World Cups. There he has it. If he doesn’t miss and one of the three rounds nails him, he’s a medal. And Lucas Eguibar has been more irregular lately, but his sport is contact, which is influenced by external factors. In acrobatics, if you do the flip you do it, you have your trick and you know what you’re doing. If you fail, you fail. In Pyeongchang it happened to him, one fell in front of him, and he was the clear favourite”.

The Spanish team is made up of 14 athletes, nine on snow and five on ice. They will compete in the halls of the 2008 Summer Games now chilled, pure ice, and in the mountains of the north, in Xiaohaituo, desolate wastelands, wind, cold, and artificial snow cannons that dry up distant lakes and draw arteries on the bare ridges white that stand out on Google maps, the seven alpine slopes of Yanqing and the cross-country slopes of Zhangjakou, and Genting Park, so windy, with its potholes, cross circuit, slopes and halfpipes.

“And they are no longer the snow ones because apart from the more lax criteria of the international federation, we have imposed some demanding internal criteria, but normal to get to the Games to compete and seek the best possible result”, says Peus, who Remember that in men’s alpine skiing, Barcelona’s Quim Salarich has managed to finish twice in the top 15 in World Cup events this winter, and Adur Etxezarreta from Gipuzkoa has made the podium in the European Downhill Cup. “Some results that had not been achieved for 40 years in men. To some Games, to some World Cups, Spanish athletes have to go to compete, not to gain experience”.

Retired Javier Fernández, the great skater, and with him his entire generation, Spanish ice suffers from the generation gap, but for the first time two couples have qualified for the Olympic Games, an achievement. One, the oldest (Adrián Díaz, who already danced in Sochi 2014, and Olivia Smart) aspires to a top ten in dance; the other, Laura Barquero, 20, and Marco Zandron, 23, and only a little over a year of relationship, will compete in lifting and jumping with aspirations more than present, although they could go to the final of the 16 best, of the future, thinking about the 2026 Games, Milan-Cortina d’Ampezzo. It will be hard for them to compete on the court installed in the pavilion that in 2008 hosted volleyball and almost 40 years earlier, in 1971, the table tennis matches between the United States and China of the historic ping-pong diplomacy between Mao and Nixon. The fifth on the ice will be the veteran of the skeleton Ander Mirambell, and his fourth Games.

Playing England vs Italy behind closed doors is an ’embarrassment’, says Gareth Southgate