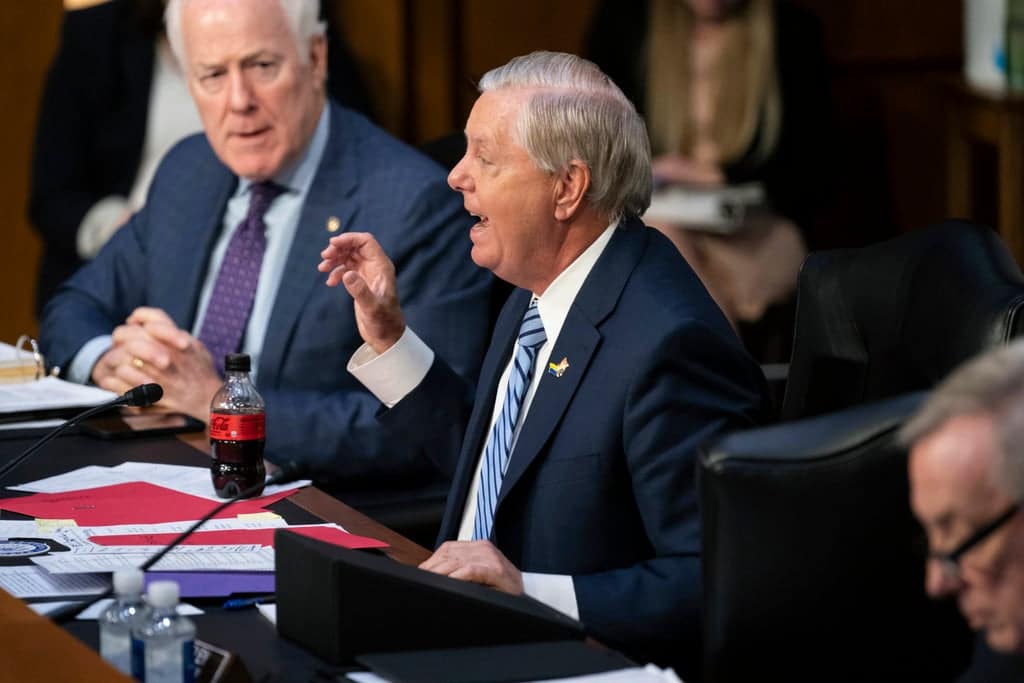 During his last appearance at a Supreme Court justice confirmation hearing, Senator Lindsey Graham of South Carolina (of all places) joked about the “good old days of segregation.” That was last year, when he was questioning former president Trump’s SCOTUS nominee, Amy Coney Barrett. When asked by reporters why he used the phrase, Graham insist that the comment was “dripping in sarcasm.” What kind of government official from a state with literal roots in the African slave trade would say he was only referencing the subjugation of Black people in America in jest?

The kind of person you shouldn’t take seriously now when he suddenly pretends to care about the treatment of Black people. Well, the Black folks who align with his political ideology anyway.

During the confirmation hearing of Ketanji Brown Jackson, Graham used the opportunity to air his grievances over his perceived unfair treatment of his preferred pick for the next justice, J. Michelle Childs. To Graham, criticism of Childs’ rulings on labor issues from progressives was indicative of Democrats holding a double standard against GOP nominees. “The attacks from the left against Judge Childs were really pretty vicious, to be honest with you,” Graham said.

He went on to suggest that there was a double standard concerning the treatment of Black Republican nominees for the Supreme Court and Black Democratic nominees. “Bottom line here is when it is about philosophy… we’re all racist if we ask hard questions” of a Democratic nominee, Graham added. “It’s not going to fly with us. We’re used to it by now.”

On the second day of Ketanji Brown Jackson’s confirmation hearings, Graham began with a seeming interrogation of Jackson’s religious beliefs, based on his nifty little notion that Justice Amy Coney Barrett’s religious views were unfairly criticized. “We’re tired of it, and it’s not going to happen to you,” the senator said. “But it just appalls me that we can have such a system in America that if a conservative woman wants to stand out and say, ‘I love my family just as much as you love yours, and my faith means just as much to me as it does you,’ that all of a sudden they’re some kind of weirdo.”

Graham is willfully obscuring the issue here. Nobody had any problem with Amy Coney Barrett saying she loved her family and her faith de ella. What they were concerned about were Barrett’s membership of a fringe Catholic group called People of Praise, that teaches extremely hardline conservative notions such as the husband’s natural-born right to have authority over his wife. Considering Barrett had written about being stringently anti-abortion before — and considering that she has also written in the past about her belief that a Catholic judge’s religious beliefs should inform their decisions de ella — her religion de ella could be legitimately asked about during her own hearing. Indeed, Barrett became a justice despite all that, and she is now poised to rule on cases related to abortion, marriage equality, and LGBT rights.

When Graham wrapped his bizarre line of questioning at Jackson’s hearing today, Senator Dick Durbin, chairman of the Senate Judiciary Committee, responded to some of his critiques. That was too much for Graham, who, wrapping up with a semi-coherent rant about Guantanamo Bay — “As long as they’re dangerous, I hope they all die in jail if they’re gonna go back and kill Americans. It won’t bother me one bit if 39 of them die in prison. That’s a better outcome than letting them go. And if it costs 500 men to keep ’em in jail, keep ’em in jail, coz they’re gonna go back to the fight. Look at the frickin’ Afghan government, it’s made up of former detainees of Gitmo. This whole thing on the left about this war ain’t working!” — stormed out of the room entirely. If there was any doubt that Graham was showboating for airtime on Fox News during the prime-time bloc, that all but confirmed his motives. I’m sure he succeeded in his endeavors, but the scene was pathetic to watch.

Durbin should have used his gavel more often. None of us should have had to been subjected to that lousy performance for that long. Graham couldn’t care less about Black people – and him having a few Black conservative friends shouldn’t blind anyone to that.

If he did, he wouldn’t still be cheerleading for Donald Trump. He’d also be more inclined to help us have the right to vote and not be shot at by the police. As for the notion that Black conservatives have it so hard, Clarence Thomas wouldn’t be presently considered the shadow chief justice of the Supreme Court. If Anita Hill’s story had been believed, perhaps Thomas wouldn’t be there at all, and we wouldn’t only now be on the cusp of having a Black woman finally serve on the highest court in the land.

For the record, however, it’s important to be realistic about the so-called “progressive” and “leftist” credentials of Ketanji Brown Jackson. All I keep hearing from Democrats is how she has the support of the Fraternal Order of Police and how she comes from a police family. If that’s the way to confirm a leftist, Lindsey Graham should be elated.

Unfortunately, his performance at Tuesday’s hearing, along with the politics behind it, is all about grievance. Graham can never stop complaining about how hard he and his ilk have it, in spite of the truth literally staring right back at him.