Desperate residents in Caldmore and Palfrey, in Walsall, West Midlands, are said to be so scared of rival gangs roaming the streets they are scared to leave their homes or speak out

Police at the scene after gunshots were heard in Caldmore, in Walsall (

Desperate families living in a pair of “forgotten” suburbs say crime is so bad that gangs have stopped hiding their illegal activity.

The residents of Caldmore and Palfrey in Walsall, West Midlands, claim they feel like they have to lock themselves away and fear reprisals if they speak out, according to a community group.

Drive-by shootings and other firearm usage, as well as hit-and-runs and drug dealing are among the criminal activities plaguing both areas, it is claimed.

This is thought to be, at least in part, as a result of the activity of multiple competing gangs, BirminghamLive reports.

West Midlands Police has upped patrols and been granted temporary special stop and search powers in the immediate aftermath of certain incidents.

But it is believed more needs to be done to take back control.

The most recent incident, in January, saw a 32-year-old man fired at with a shotgun from a Mitsubishi Shogun in broad daylight on Caldmore’s Wednesday Road.

Has your local area become a hotbed of gang crime? Let us know at [email protected]

Both suburbs are said to have become hotbeds of gang crime
(

A man was arrested on suspicion of attempted murder, with the suspect subsequently bailed.

In July last year, two men – aged 30 and 31 – were stabbed in the street on Caldmore Green.

And in May 2020, the windows of takeaway restaurant K2 Pizza and Peri Peri, in Caldmore Green, were smashed by an armed gang.

A community group – which wishes to remain anonymous – believes both areas have been “left to rot”.

A source at the group said: “The community feels like they have been let down.

“It is a deprived area, with low incomes and education, which has been allowed to rot away and get worse when compared to other, more affluent areas.”

The group said the lack of a police presence has led to open criminality.

“Crime is happening daily, there is no fear from those who commit the offenses as they are getting away with it,” they added.

“Caldmore, Palfrey and neighboring areas are now infested with crime.

“It has gone from bad to very bad.

“At one time, properties and vehicles could be left open. Now, many houses install security measures including CCTV, alarms and additional locks.

“Residents live in fear, in their own homes.

“They feel unsafe to go out, even to the shops, or the park, and walk around the local area. They are fearful about reporting crimes and speaking out about it due to a lack of protection. 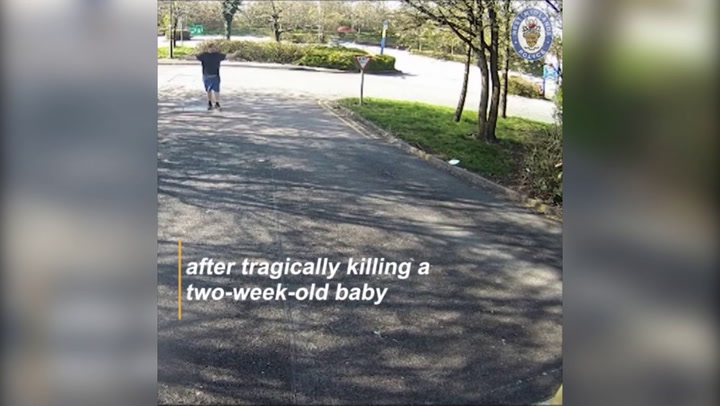 “They fear will be targeted if they speak out. Residents are not able to live normally, relaxed in their own homes, like they used to.”

Resident Adam Muhamed, who has lived in Palfrey for a decade, said cars are being stolen every day and he believes the thieves know they can get away with it.

He added: “I have seen the area go from bad to worse. It has got to a stage where the police do not even bother turning up or investigating.

“There are no actual officers or teams that are active or dedicated in these areas.

“We only see the police if something really serious happens – but then it is too late. Crime is rocketing in the area and the community lives in fear.”

Another resident, who did wish to give her name, said: “I don’t feel that safe living here. I think when our lease is up, we are going to move.”

Walsall Council is said to have put up signs warning about loitering, drinking and littering.

A council spokesperson said: “The council and the police take all incidents of crime seriously and that applies across Walsall.

“Wherever there are community concerns we will work with our partners, such as West Midlands Police, to tackle such issues across our Safer Walsall Partnership.

“We urge the public to continue reporting crime wherever and whenever they come across it.”