Skip to content
Home News Lies and half-truths in the Ukrainian conflict: NATO never promised not to expand to the east and Kiev is not a Nazi regime | International 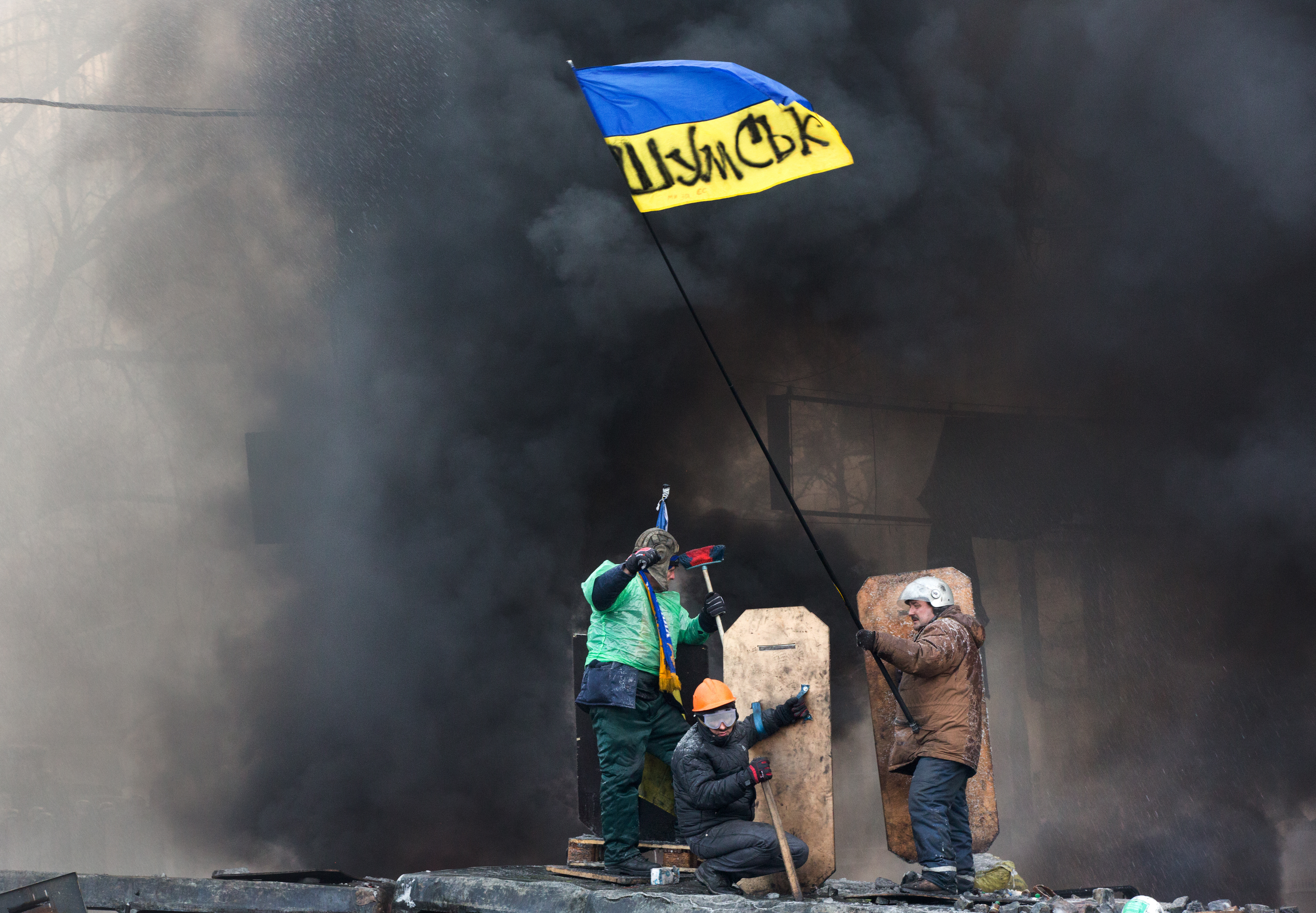 In any conflict, information becomes a weapon. The escalation of tension between Russia and Ukraine —and its reverberations in NATO, the US and the EU— has been accompanied by a news war in which lies, half-truths and interested interpretations are mixed. In an ecosystem where disinformation and propaganda abound, EL PAIS tries to clarify some of these issues.

NATO has made a commitment to Moscow not to expand to the east. Fake. Contrary to what the Russian government repeated, NATO never reached any known compromise with Moscow on the Alliance’s territorial limits and since the end of the Cold War it reserved the right to accept any country that met the conditions. However, Western allies have always recognized the special case of Ukraine.

None of the texts that shaped post-Cold War European security contained the idea of ​​limiting NATO’s growth or restricting the possibility of certain countries joining. Quite the contrary. The Final Act of Helsinki (1975), still signed by the USSR, recognizes all countries “the right to belong or not to belong to international organizations, to be or not to be a party to bilateral or multilateral treaties, including the right to be or not be a party to treaties of alliance.

Once the wall fell, the Charter of Paris (1990), also signed by Moscow, enshrines “the freedom of States to choose their own security arrangements.” And in 1997, the founding act of the relationship between NATO and post-communist Russia expressly states that both parties “will seek the widest cooperation among the OSCE member states with the aim of creating a common space of security and stability in Europe, without dividing lines or spheres of influence that limit the sovereignty of any State”.

Ukraine is a special case in the Soviet bloc. Certain. Western allies have always recognized the special case of Ukraine, both because of its size, its close economic and historical ties with Russia, and because it is a nuclear tinderbox of disturbing magnitude. After the disintegration of the USSR, Ukraine became the third country with the largest nuclear arsenal in the world thanks to weapons inherited from Moscow. Kiev agreed in 1994 to give up all nuclear weapons in exchange for a commitment by Russia, the US and the UK to “respect the independence and sovereignty and existing borders of Ukraine”, according to a memorandum signed by the four countries.

In addition, after the disintegration of the USSR, the West opened a differentiated relationship with Kiev with respect to other countries of the Soviet bloc called to quickly integrate into the Atlantic Alliance. Already in 1995, in the first public study of NATO on its enlargement to the east, only Ukraine and Russia were mentioned as the two countries with which relations will have to be strengthened, but in a special way.

European sources recall that at the NATO summit in Madrid in 1997 the first invitations to join Poland, Hungary and the Czech Republic were sent out and a group of countries (Slovakia, Slovenia, Romania or Bulgaria) were left on hold, among which Ukraine was not listed. The so-called Letter of Association was signed with Kiev, establishing a relationship similar to that of Russia. Only a few months earlier, the NATO-Russia Council had been established, which also established a framework for a special relationship with Moscow.

The West has provoked Moscow in recent years. True, with nuances. The fragile post-Cold War balance was broken at the beginning of this century when Ukraine and other countries in the Russian orbit began to distance themselves from Moscow in order to move closer to Brussels in search not so much of the security offered by NATO as of the prosperity that the EU. The sources consulted acknowledge that the Westerners made two moves that encouraged this trend and provoked a reaction from Russian President Vladimir Putin: the NATO summit in April 2008 in Bucharest, where US President George W. Bush met he insisted, against the European criterion, in giving a perspective of entrance to Ukraine and Georgia, that already wanted the accession before that breath. And the launch of the so-called eastern partnership of the EU in 2009, to strengthen commercial ties with Armenia, Azerbaijan, Belarus, Georgia, Moldova and Ukraine.

Putin’s response was not long in coming. On August 8, 2008, the same day that the world’s leaders attended the opening of the Olympic Games in Beijing, Russia invaded part of Georgia and 13 years later Russian troops are still in a country that is facing a conflict latent in the regions of Abkhazia and South Ossetia that can erupt at any moment.

The Kremlin has repeated a similar tactic in almost all the countries that joined the EU’s eastern partnership. “In 2021, five of the six countries in the partnership were still facing protracted conflicts on their territories, all of which involve Russia to varying degrees,” Professors Tracey German and Andriy Tyushka note in a study on security on the eastern flank of the EU commissioned by the European Parliament.

Putin’s pressure has led to a militarization of the entire area, to the point that four of the six countries with pro-European temptation have become among those with the highest defense spending in the world in proportional terms, according to the aforementioned study. In Armenia and Azerbaijan, military spending in 2019 exceeded 4% of annual GDP and in Ukraine it was close to 3.5% and has continued to grow. The eternal conflicts have also weighed down the economic development of an area that is a pasture for organized crime and money laundering, according to Europol. In addition, after the illegal annexation of Crimea by Russia and the start of the Donbas war, the percentage of Ukrainians who want their country in NATO has been increasing.

Ukraine is a Nazi regime. Fake. This rhetoric has its origin in the role that extreme right-wing groups and people with openly Nazi ideology had in the battalions and civilian brigades that fought in the early days of the Donbas war (where they fought, for example, alongside battalions of Chechen Muslims ) and in the riots of the Maidan mobilizations, in 2013. Like the Azov Battalion (declared a “nationalist hate group” by the State Department, but today reformed and integrated as a unit part of the regular Army), which among its founders it had Nazi figures like Andriy Biletskiy, who later disengaged and founded the so-called National Corps. Biletskiy came to have a deputy seat. However, unlike other European countries, the extreme right currently lacks parliamentary representation and influence on the political agenda in Ukraine.

This rhetoric from the Kremlin ignores the fact that some high officials and very influential figures in the country are Jewish, including the president, Volodymyr Zelensky, who is also a Russian-speaker, and who swept the 2019 elections. The argument is also supported by how some Ukrainians have risen to the top. as heroes to collaborationist figures of Nazi Germany, such as Stepan Bandera. Some Ukrainians praise him for his ideology, but others ignore that factor and praise his fight against Stalinism.

Painting Ukraine as a country tilted to the extreme right is one of the Kremlin’s favorite disinformation and propaganda narratives, says Maria Avdeeva, of the European Association of Experts, who believes that the objective is to sow a “pretext” to use as an argument in defense. of the Russian citizens of Ukraine – the Russian authorities have handed over tens of thousands of Russian passports in the separatist regions – or the Russians.

Several reports also detail the links of Ukrainian far-right groups with Russian groups and with the Russian security apparatus, says military analyst Aleksandr Kovalenko. And analysis like the one by Taras Tarasiuk and Andreas Umland traces the ties between some of these organizations and others within EU countries, which have their own ties to Russian entities or ultra-conservative and far-right Russian tycoons.

In Donbas there is no conflict with Russia, but an internal Ukrainian war. Fake. Moscow defends the argument that the one in Donetsk and Lugansk is a “civil war”, to hide its role and for Kiev to negotiate directly with the separatist leaders, something that the Ukrainian government rejects, because it considers them puppets of the Kremlin.

Protagonists of the 2014 Kremlin-fueled separatist uprising in eastern Ukraine have also hinted at Moscow’s behind-the-scenes role in books and interviews over the years. After the flight of the former Ukrainian president Viktor Yanukovych and the illegal annexation of Crimea in March 2014, there were a series of demonstrations in the region that soon died down with the arrest of the first popular governor, Pavel Gubarev. He has openly acknowledged that they only stepped forward and occupied government buildings after speaking with Sergei Glazyev, then an adviser to Putin. Various reports also analyze and document Russian arms shipments to the breakaway Ukrainian regions of Donetsk and Lugansk.

Russian speakers are discriminated against in Ukraine. Debatable. In the Ukrainian capital itself, many people speak Russian in any field. In the markets, the posters are written in that same language and the music is classics from the nineties from the other side of the border. The Constitution states that the language of the State is Ukrainian, which during the time of the Soviet Union was a discriminated language (like others in the republics that formed the USSR) due to the policy of spreading Russian.

Over the years and with the Russian military aggression for many citizens, the language has gained weight in the construction of the Ukrainian identity. Also for the State, which has gradually been legislating to try to promote the Ukrainian. The laws of Ukraine now indicate that the official language for everything is Ukrainian, all publications must be in Ukrainian (and then, if desired, in other languages, including Russian). Although there are still bilingual schools, the teaching of Russian is no longer compulsory and has now become an elective.

The Kremlin feeds with these measures the idea that Russian-speakers are discriminated against in Ukraine. And the Venice Commission is concerned that measures to promote the Ukrainian language endanger the freedom of minorities (Hungarians, for example).