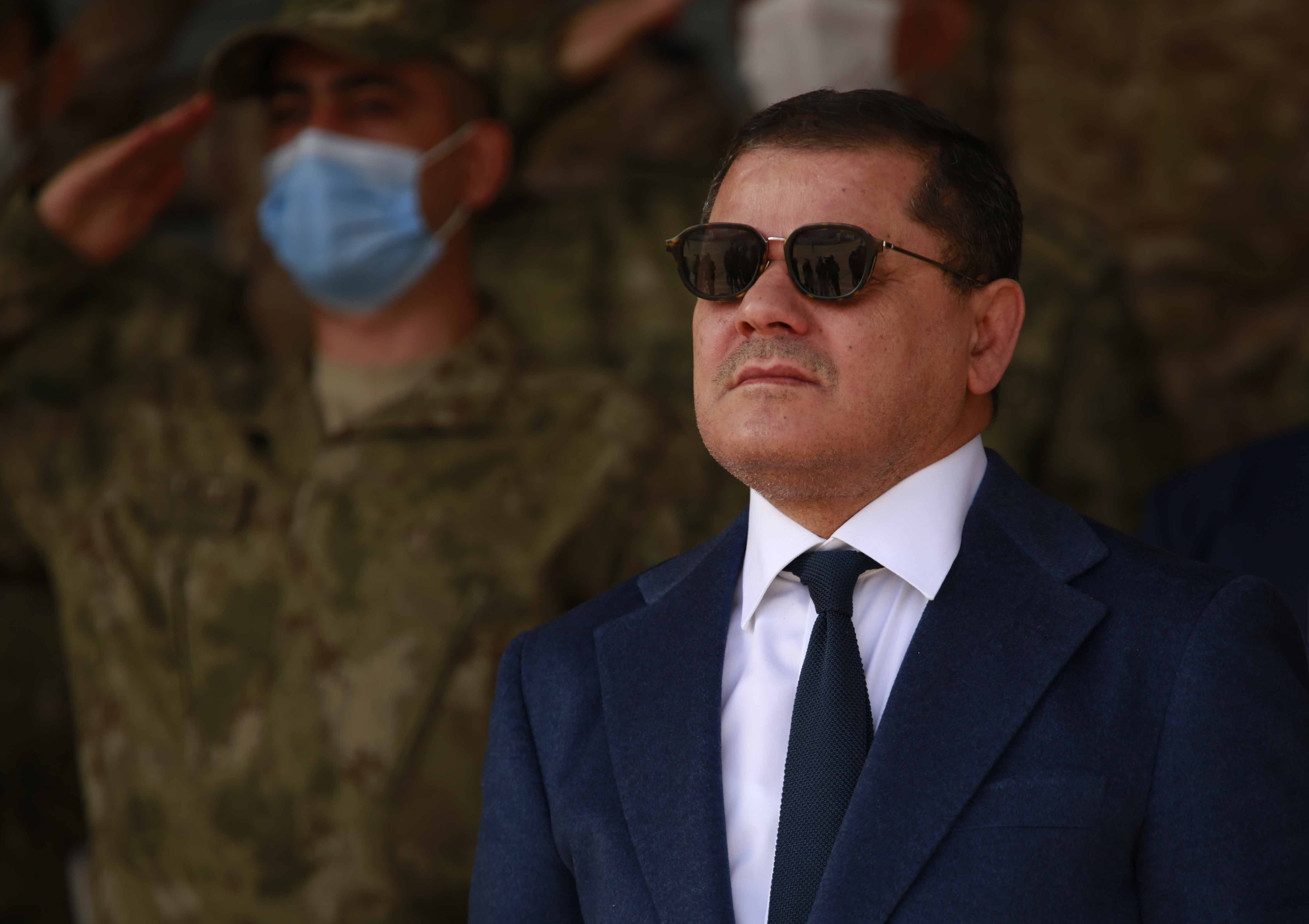 The Libyan Parliament, based in the city of Tobruk -east of the country-, has appointed Fati Basaga, former Minister of the Interior in the transitional Government, as interim prime minister by a show of hands this Thursday. Meanwhile, in Tripoli —in the west—, the prime minister of the so-called unity or transition government, Abdelhamid Dabeiba, already declared on Wednesday that he will not abandon his post, that he will only hand over power to someone who comes out of the polls and that in June intends to call legislative elections. Dabeiba suffered an attack this Thursday morning from which he emerged unharmed while the assailants who shot at his car managed to escape without being identified, according to the Al Arabiya TV channel.

The president’s car was shot at while Dabeiba was on his way home, according to the newspaper The Libyan Observer. However, the France Presse agency pointed out that neither the authorities confirmed the facts nor the prime minister’s social networks indicated anything in this regard. The circumstances of the attack raise as many questions as the political context of a country with two heads of government.

Both Basaga, 59, and Dabeiba, 62, were born in the city of Misrata, which has traditionally been at odds with forces from the east. Basaga challenged Dabeiba in February last year for the post of transitional prime minister, but Dabeiba’s candidacy won with 39 of the 73 votes cast in a forum promoted by the UN. From that moment on, Basaga grew closer and closer to his ties with the military authorities in the east.

Libya now returns to the same schizophrenic situation of having two parallel authorities, something that this country of 6.8 million inhabitants suffered from 2014 to February 2021. Just a year ago, the UN managed to get the two opposing parties to elect a transitional government whose main mission was to hold legislative and presidential elections on December 24.

But when that date arrived, everyone knew that the necessary political and security conditions were not being met to celebrate them. Finally, on December 21, just three days before the scheduled date, a committee of the Libyan Parliament declared that it was impossible to hold the elections. There was no alternative date to celebrate them or a clear roadmap. Dabeiba said at first that he would not run for the presidential elections, but later presented his candidacy. And in the east, Marshal Khalifa Hafter, 78, who is considered among a part of the population, especially in the west of the country, as a war criminal, also presented his candidacy.

Now, Libya is once again blockaded. And the UN, in search of the umpteenth transition plan. The UN spokesman, Farhan Haq, warned Monday from New York that duplicating institutions means “returning to that kind of disagreement and disorder that has marked the country in the past decade,” in statements collected by the Efe agency. But in Libya there are too many foreign powers playing geopolitical chess and the option of a consensus between East and West is not in sight.

See also  'Life and soul of the party' died after losing friend and becoming isolated during lockdown, inquest hears

In the east of the country, the strong man is still Marshal Hafter. The countries that have supported him so far are the United Arab Emirates, Egypt, Russia and, diplomatically, France. In Tripoli, the unity or transition government has Turkey as an indispensable ally. And as a great diplomatic partner, Italy.