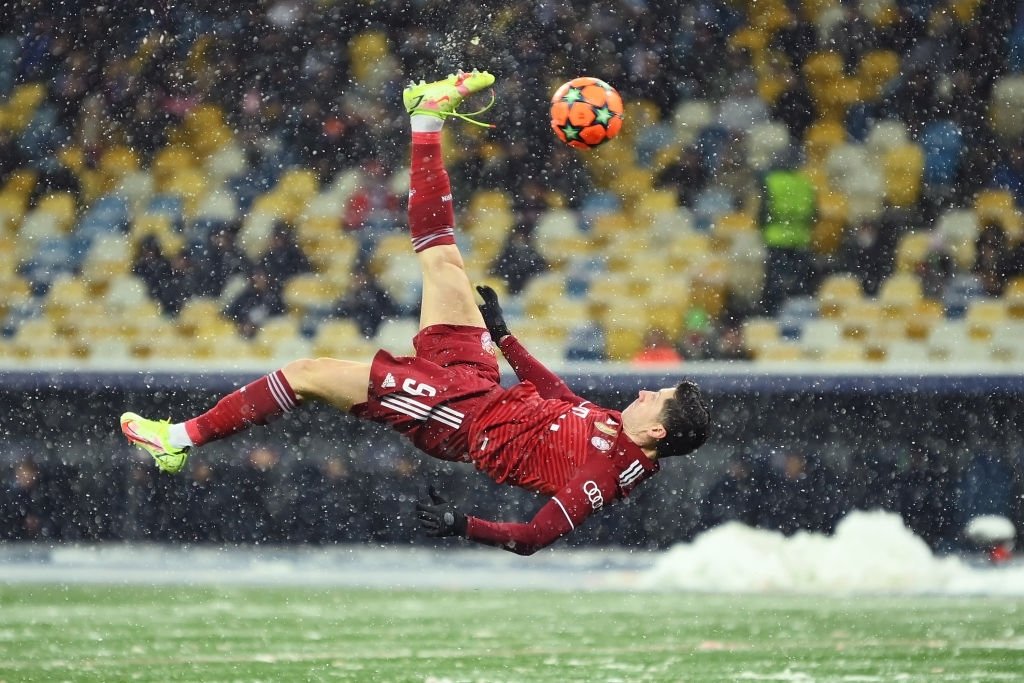 Nothing stops Bayern or Robert Lewandowski, not even a snowfall in Kiev, a white blanket on which the Polish striker pulled out of nowhere from a rejection of the local defense, a monumental Chilean who put his victory on track (1-2) team against Dinamo. The German champion adds a plenary session in the five days and reaches the final duel against Barcelona as group champion. Everything is capital in the statistics of the Polish striker: nine goals in five Champions League games, 25 in 19 duels played so far this season, 64 goals in 53 appointments in 2021. A week after the Golden Ball was known, Lewandowski was He presents after scoring in the last nine games he played in the top European competition. If he scores in the next two, he will have equaled one of Cristiano Ronaldo’s records.

The trigger of their center forward launched Bayern to victory. His goal in the Ukrainian field came to the edge of the quarter of an hour. Coman scored second when the first part died. Dinamo discounted after the break, when the weather and grass conditions improved. With nine casualties, Bayern arrived at the meeting, so there was a track for the less usual, including ex-Spanish player Marc Roca. Dinamo will reach the final matchday at the home of Benfica already eliminated.

At Stamford Bridge, Chelsea ousted Juventus from the leadership of the group in which both are already classified, but the reigning European champions managed above all to overcome the golaverage particular with his rival (4-0). Now it is up to himself to reach the round of 16 as first. He will need to beat Zenit on a Russian pitch or, at the very least, achieve the same result that Juventus achieves at home against Malmoe of Sweden.

Chalobah scored midway through the first act by taking advantage of the second action after a corner that Rüdiger hit without excessive orthodoxy. The Italians asked for everything in the action, a push, a hand from the German central defender, but the goal went up to the scoreboard. Reece James and Hudson-Odoi sentenced in two minutes of fury at the start of the second half. Werner signed the win on the hour. Tuchel didn’t even need to activate Lukaku, who is coming off injury, and saw it all from the bench.

The day was completed with a balsamic victory, and worked, for Lille (1-0) against Salzburg. The last winners of the French league added the three points thanks to a goal by Canadian Jonathan David after a courageous action by Turk Yilmaz, which took the fruit of the tenderness of the young rival combo. Lille lead the group with one point ahead of the Austrians and two points above Sevilla, forced to win on Austrian soil to remain in the competition. The group is so even that Wolfsburg, last, have a serious chance of reaching the round of 16.

Also the agony marks the group in which Manchester United is already first. Atalanta drew, with a goal from Muriel in the 87th minute, in Bern against Young Boys (3-3) in a vibrant match with a result that favors Villarreal, which if they score in their visit to Bergamo will be in the round of 16 and in the worst case would never be outside Europe.