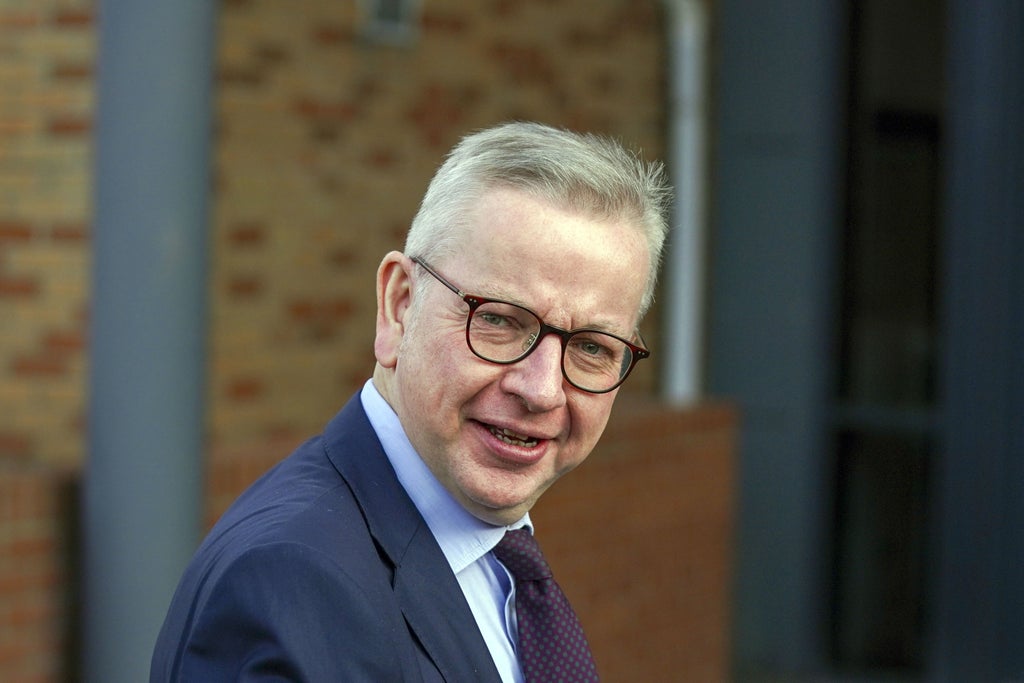 Michael Gove admitted his leveling up strategy returns no extra powers from Whitehall and that its pledges are “aspirational”, as it was widely criticized for lacking beef.

The long-delayed blueprint also provides no further funding – after Rishi Sunak vetoed it – and its 12 “missions” have been largely copied from Theresa May’s abandoned plans, it emerged.

Boris Johnson said success for his “defining mission” would give the UK “the most prosperous economy in Europe” and it was welcomed by Conservative MPs in the Commons.

But the Institute for Fiscal Studies warned that the missions were “highly unlikely to be met”, criticizing a lack of plans for delivery and even “less detail on available funding”.

And, in the Commons, Mr Gove was forced to concede that despite promises of “a revolution in local democracy”, the 332-page document will release no further powers from London.

Asked to confirm there “isn’t a single new power”, the leveling up secretary replied: “What the framework does lay out is how those local authorities which have fewer powers can acquire more.”

The 12 missions – to improve everything from pay, jobs, research and development spending, and transport connectivity in struggling areas, to “restoring local pride” – will be backed by legislation, ministers said.

But the white paper argues they are not “a mechanism for holding the government to account”, stating: “Missions are distinct from delivery targets.

“Mission end dates are far enough into the future that they are aspirational, with responsibility for delivery resting with a range of governmental and non-governmental actors.”

Mr Gove told MPs the package would “make opportunity more equal and… shift wealth and power decisively towards working people and their families”.

But Lisa Nandy, the shadow leveling up secretary, protested: “They have given away more to fraudsters than they’ve handed to the north of England.”

And Chi Onwurah, the Labor MP for Newcastle upon Tyne Central, attacked the 2030 benchmark for closing the transport gulf with the capital, asking: “Eight years not even to catch up London buses – what kind of ambition is that?”

On the other side of the Commons, the Tory MP Steve Baker hit out at “socialist” plans, saying: “We should be using our 80-seat majority to implement Conservative policies, not policies that wouldn’t look out of place in Labour’s manifest.”

The white paper contained few policy ideas beyond adopting a US initiative in which GPs would prescribe vouchers for fresh fruit and vegetables, along with cooking lessons, to cut obesity.

It emphasized how it ranges far beyond economic development to areas including cutting crime, to giving fans more influence over football clubs, and even “a National Spring Clean”.

On devolution, the document promised talks on “deeper deals” with the West Midlands and Greater Manchester combined authorities, inviting bids from other areas.

Combined authorities, largely in urban areas, could be allowed to raise business rates from their current levels – “whilst also considering the impacts on business”.