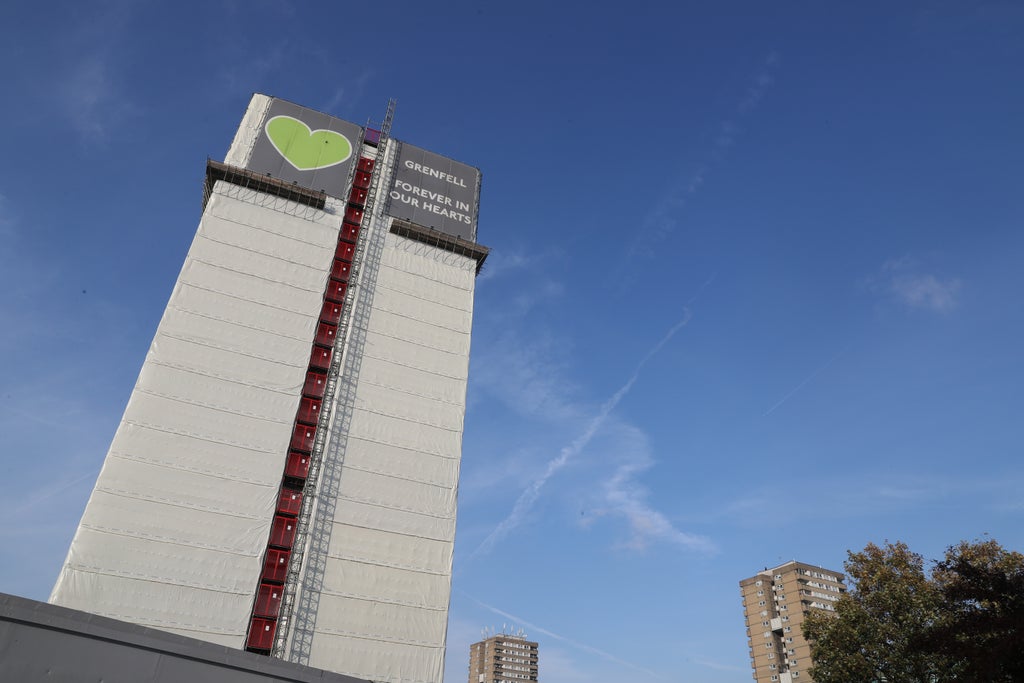 Lessons from the past have not been learned by the firm that fire tested insulation used on Grenfell Tower, an inquiry into the disaster has heard.

Phase two of the probe is examining how the skyscraper in west London came to be coated in flammable materials that contributed to the spread of flames, which shot up the tower in June 2017, killing 72 people.

Module six of this phase is concerned with building regulations and the published guidance on fire safety.

On Monday, the inquiry focused on the role of the United Kingdom Accreditation Service (UKAS), a body appointed by the Government to assess organizations that provide certification, testing and inspections in various sectors.

In particular, lawyers looked at UKAS’s assessments of the Building Research Establishment (BRE), which carried out fire tests for Kingspan’s Kooltherm K15 insulation, a small amount of which was used on Grenfell Tower.

Lorraine Turner, accreditation director of UKAS, said it “appears to be the case” that a 2021 report into BRE suggests that the firm had not learned from the past.

The inquiry heard that since 2005, UKAS had repeatedly identified areas of BRE’s work that did not meet international standards or were “areas of weakness”.

A UKAS report summary from May 2021, shown to the panel, read: “There are often issues and areas of weakness that have been subject to previous UKAS improvement actions.

“The reoccurrence of such issues is indicative that any corrective action has either not been effective or not implemented across the necessary business areas.”

Kate Grange QC, one of the counsels to the inquiry, asked Ms Turner: “Just looking at that, would you agree that that is a fairly damning set of remarks?”

The UKAS director said: “Yes it is.”

Ms Grange then asked: “Given that the assessor was looking at historic records going back to 2005, does that not reduce UKAS’s confidence in the work done by BRE historically?”

Mr Turner said: “Yes, yes it does. I think it also has to be looked at in conjunction with findings that were raised at the time as well, because some of these areas are repeating things which had already been reported in 2017, for example.”

Ms Grange then said: “Yes. The report points out that these areas of weakness have been subject to UKAS improvement actions in the past.”

Referring to the report summary, she: “Is that saying that the lessons from the past have not been asked by the BRE?”

Ms Turner said: “I think that appears to be the case.”

Ms Grange added: “If improvement actions are not properly addressed and not applied across the business, isn’t that also something of a criticism of UKAS for not having ensured that BRE’s actions were sufficient to address failings?”

The inquiry later heard that the May 2021 report was withdrawn and a new report was reissued after BRE wrote to UKAS, raising concerns about some of the findings.

Ms Grange asked Ms Turner whether she accepts that the new version “materially tones down the criticism of BRE”.

Ms Turner said: “The substance of the original report has been pulled into this report but it has been changed.”

Asked if the new report was issued “to appease” the BRE, Ms Turner said: “I don’t know.”

The UKAS director later explained how she ruled that the second report could not stand due to the original assessor’s objections but she added that his first report had remained withdrawn as well.