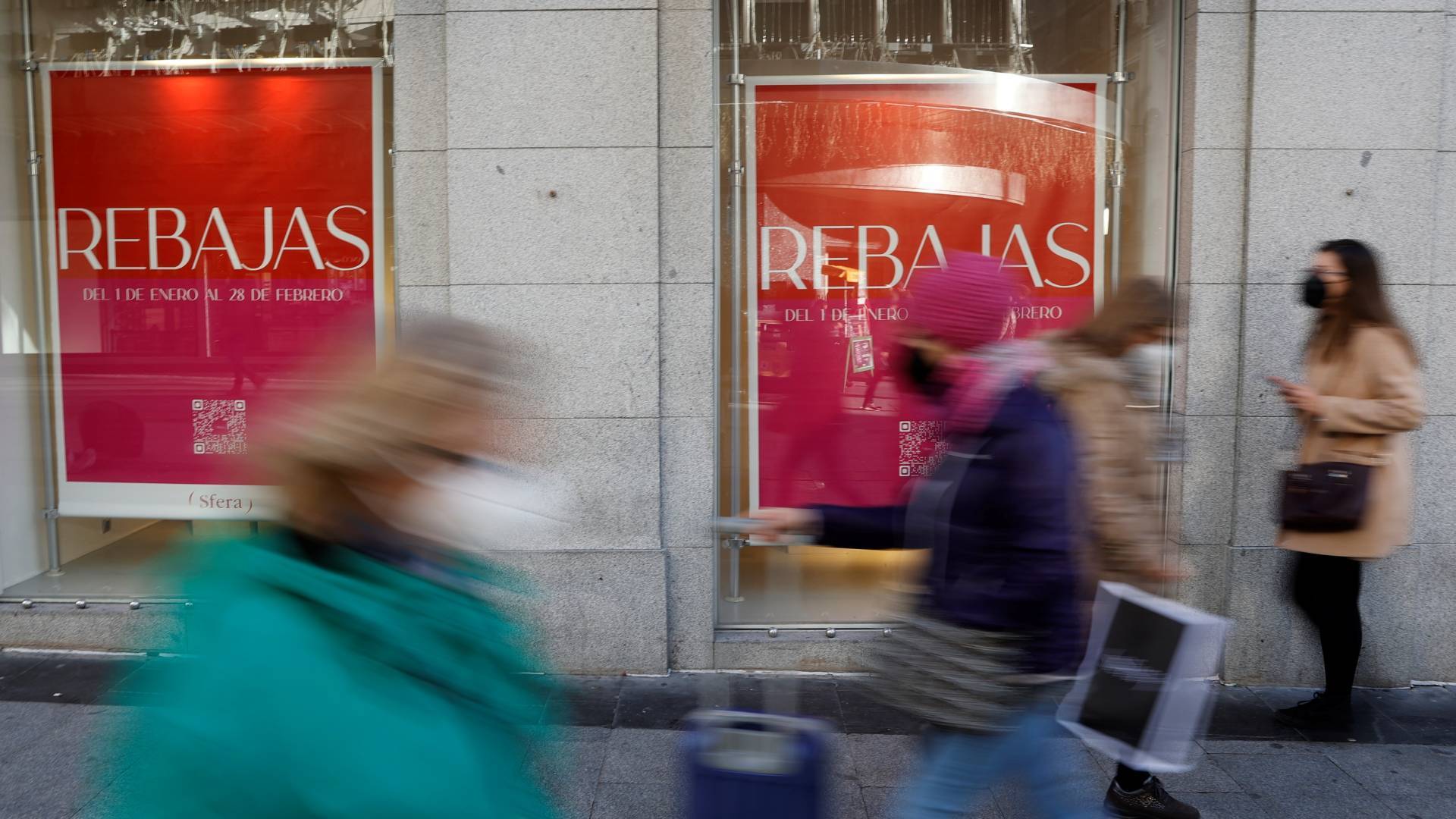 Trade starts the year with pessimism. After a “catastrophic” 2020 and a ballast 2021 in the last quarter, when some subsectors concentrate up to 60% of annual turnover, expectations are not promising for the sales campaign that begins in a generalized way this January 7, since consumption will be subject to uncertainty due to the omicron variant and a possible price increase. That will cause fewer discounts, they predict from the sector, although it is expected that the average expenditure per inhabitant will grow and that more contracts will be made thanks to the rebound in online commerce.

“Last year, the sales began in the middle of the third wave and with the storm Filomena, which led us to fall by 53%. This is very easy to overcome ”, the president of the Acotex textile sector employer, Eduardo Zamácola, points out to RTVE.es. “We understand that it will improve compared to the previous year, but we are also aware that the situation does not seem that it will be spectacular and that we have some very positive sales ”, he adds.

The irruption of the omicron variant, which has left a daily record of infections, has slowed down purchases in the Christmas campaign due to consumers’ fear of approaching the stores and this, indicates Zamácola, will continue to be the usual trend during the period of discounts. “It is proving very difficult to attract people to the stores with the situation we have, even for online sales “, explains the president of Acotex, because” people do not buy because they cannot go to parties or events, so they have no reason to release. “

The truth is that, since the emergence of the COVID-19 pandemic, the sector is going through a very complicated situation. “After a catastrophic 2020, where we fell 40%, it is expected that in 2021 we will lose an additional 12% to 15%. Not only have we not recovered consumption, but less has been sold than last year, which was already complicated, ”says Zamácola, who assures that “Everything will depend” on the duration of the rebound in infections“:” There is talk of three or four more weeks. If so, you charge the discounts ”, he laments.

There will be fewer discounts due to the price spike

The spokesperson for the Spanish Confederation of Commerce (CEC) and general secretary of the Spanish Federation of Home Appliance Merchants (FECE), Carlos Moreno-Figueroa, are in the same line. In his opinion, the sales this year “are going to be less attractive than on other occasions “because companies at this time are forced to” absorb increases in the prices of raw materials, electricity, taxes, the minimum wage, the contributions of the self-employed … “. And all this, he points out, will cause the products to go up in price.

The spokesperson emphasizes that the companies in the textile sector, the most affected by the sales, “will do everything possible to remove the stock that have not sold, through discounts “, although the rest”you will have to adjust the cost increase and transfer it to the product to cushion the constant fall of the profit margin ”.

“In addition, the entry into force of the new Law of Guarantees will suppose, because the manufacturers have already announced it to us, an increase in prices”, he assures, since it has been carried out “without any type of consensus. This standard extends the warranty period from 2 to 3 years for products sold as of January 1, 2022, while manufacturers must insure the spare parts of their products for 10 years, and not for 5 years, as up to now.

The president of the textile employer, for his part, rejects that prices rise during this discount period, since it would be “practically unfeasible” for companies. “If we are having a hard time selling with discounted products, imagine if we increase prices,” he stresses. However, it does not rule out that throughout the year companies transfer this increase in costs to products. “But of course, it can already be a very fine adjustment and that a very worked brand makes it so that the consumer is willing to pay that surcharge,” he adds.

The item that again accounts for the most outlays compared to 2021 is clothing and footwear, with an average of 110.54 euros; while spending on computer or electronic products will amount to 85.13 euros. According to the study, it will be women who spend the most in the first game and men in the second. However, the number of people who say they will buy less than other years: only one in three. Among the main reasons are economic issues or the search for more responsible consumption.

To the same extent, the sales season of January and February hiring will increase by 7.5%, according to Adecco’s forecasts, driven by traditional commerce, but above all by electronic commerce, which will lead companies to recruit personnel dedicated to the distribution and preparation of shipments, such as packers, warehouse handlers, forklifts or workers last mile. Thus, the contracts will go from the 164,055 signed in 2021 to the more than 176,000 expected by 2022.

Adecco estimates contemplate an increase in hiring in all autonomous communities, with increases of between 4% and 10% compared to last year. Catalonia will lead the hiring in absolute figures, with the signing of about 28,100 contracts, 9.6% more than in January 2021; although Madrid will be the autonomous community in which hiring grows the most, 10% more.

See also  What does G20 stand for and could Russia be expelled?

SMEs continue to be the most affected

Although small and medium-sized companies (SMEs) will continue to be the most affected during this sales campaign, as they cannot compete with large companies on equal prices. Precisely many of them gave up adhering to Black Friday and could now also reduce their discounts, given the minimum profit margins they have. “Small businesses have realized that there is no point in doing a promotion in November, because what they are doing is categorizing December and January sales,” says Zamácola.

For this reason, he points out that “he is waiting like May water on January 6 to have that call to his loyal consumers and tell them that the official lifelong sales have returned.” And is that the liberalization of discounts, approved in 2012, is one of the great workhorses of the sector, which has been demanding for years that discount periods be re-regulated to avoid a constant decline in their accounts, especially in a time of crisis like the present one.

In this sense, from the Spanish Confederation of Commerce they demand that the Government promote “as much as possible” the modernization of local commerce and digitization in these companies, since financial aid “has come with a dropper” and they have already thrown in the towel in this regard. On the other hand, the textile employers urges that they begin to talk about the extension of the Temporary Employment Regulation Files (ERTE) due to the pandemic, which will decline on February 28, otherwise it will be “brutal” the destruction of jobs and the number of companies that will be forced to close down.