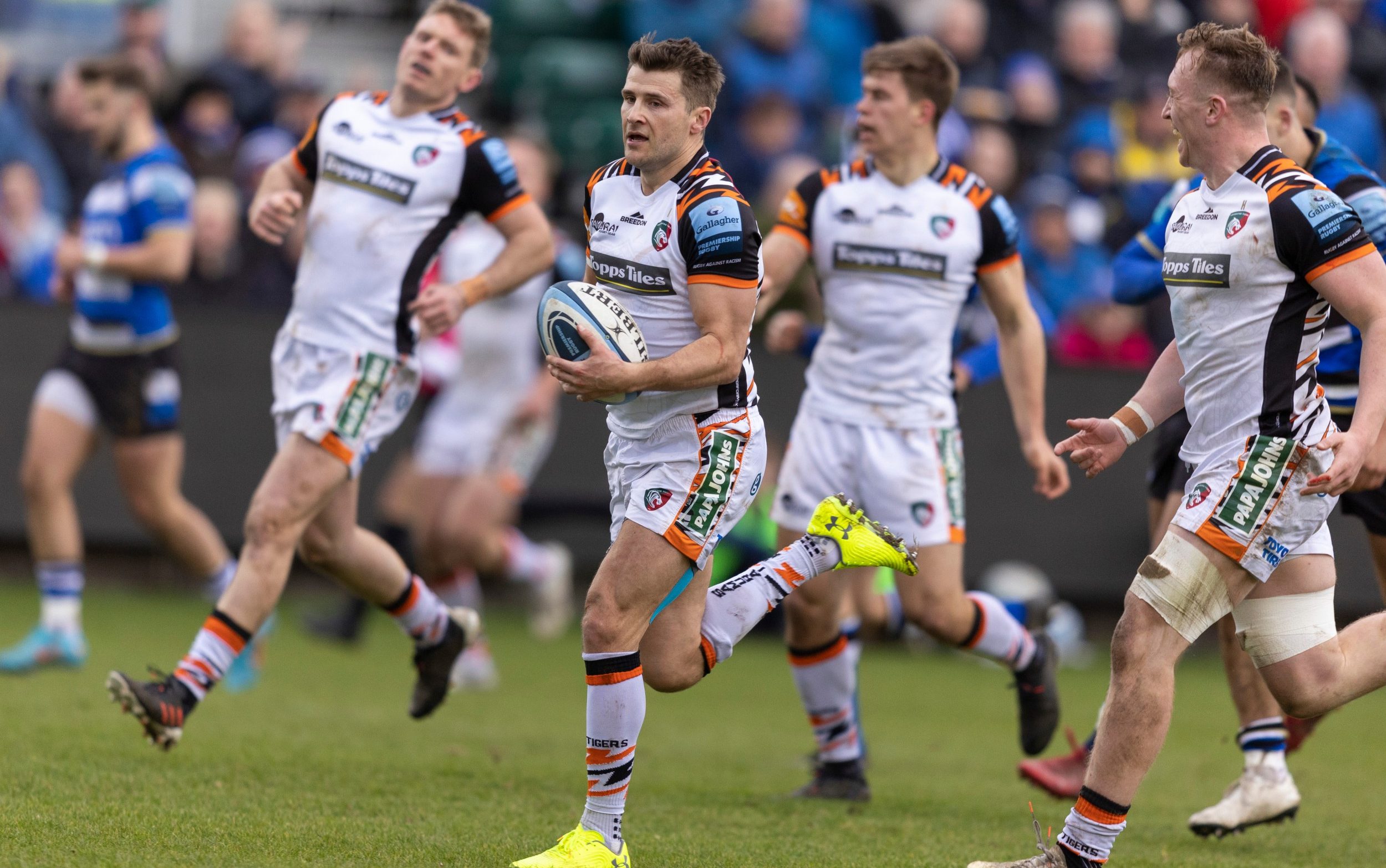 For a while, it looked as if league positions and recent form didn’t matter. Leicester sauntered into the contest with only two league losses this season – as many as Bath have managed to win. It was top versus bottom. You would never have guessed it.

This was a match filled with quality and grunt. Both attributes were on show when Leicester opened the scoring on five minutes. Freddie Burns got things moving with a floated pass wide for Bryce Hegarty who shoveled it on for Harry Potter in space. A few phases later player-of-the-match Jasper Wiese rumbled over with trademark power.

Bath dotted down against the run of play when Ben Spencer spotted space down the blindside and put through a perfect grubber for Will Muir. This was to be a rare counterpunch in the early exchanges as Leicester were back in control shortly after.

Dan Kelly held the ball up long enough to find Potter through the open midfield channel. Richard Wigglesworth offered support on the inside to score a quintessential scrum-half try.

It got worse for the home side as Muir was sin-binned for taking Hegarty out in the air. Leicester came close to making good on their advantage but were routinely repelled with Nathan Hughes particularly impenetrable.

Something changed when Tom de Glanville made size disparity an irrelevance by hammering Nemani Nadolo in the tackle and when Max Ojomoh won a penalty on the ground, the Roman bathhouse shook half a mile away from the noise.

Richard de Carpentier brought down the subsequent line-out and a formidable maul formed. Leicester committed extra bodies to the morass which Jonathan Joseph exploited with a kick pass for Ojomoh who read the bounce well to score.

The best try came from an unlikely source. Josh Bayliss was only on because Hughes needed a concussion check but the replacement stole the show. After the ball was won back it was worked to the left touchline where Bayliss stepped twice to leave Burns and Wigglesworth on the floor. Leicester threatened with a reply but Bath held for a 20-14 lead at the break.

After the restart, Leicester’s extra heft in the tight five told, especially when Josh McNally went down injured. It was a bad time to lose him as Leicester had the scrum feed under Bath’s poles. With a penalty advantage, Burns scored in the corner where he used to watch his boyhood club, expertly using Nadolo as a decoy runner.

Neither team could land another blow as the game became an arm wrestle. That suited Leicester who kept control to win here for the first time since 2011. Top beat bottom but that barely tells the full story.