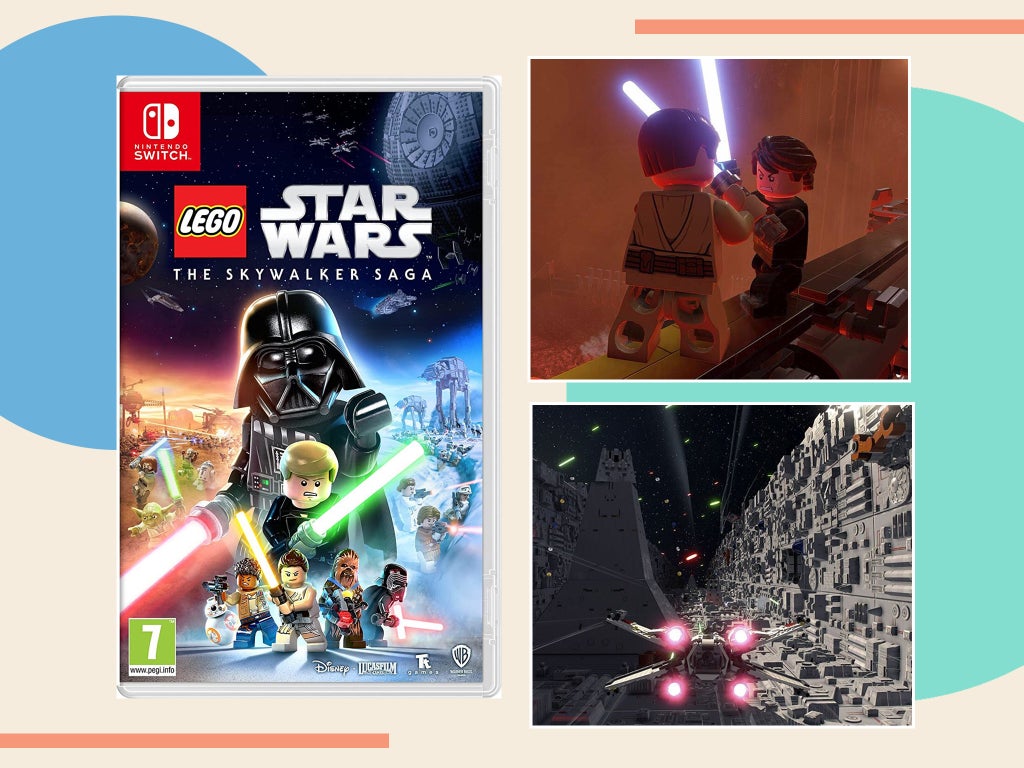 the Lego starwars titles have been well-loved by players of all ages for their easy accessibility, detailed level of exploration and a large roster of recognizable characters from the starwars universe.

original Lego Star Wars videogame was first released in 2005 and followed the events of episodes one through to three. Subsequent titles have expanded to include the original trilogy, spin-off shows and The Force Awakens. Now, The Skywalker Saga is set to include all nine of the mainline films, making it the biggest title in the Lego games series yet.

Players can choose to start their adventure from any of the three main trilogies, so if you are a fan of the originals, or thought the prequels got a bad wrap, then you can tailor your progression to each set of films.

Lego Star Wars: The Skywalker Saga is also set to include “Mumble Mode”, a feature that allows players to turn off the original voice acting and have the characters mumble like they used to in older Lego videogames, if you want to embrace its slapstick humour.

In order to find out more about the game’s release date, the best pre-order deals and what characters we can expect to make an appearance, read on.

When is ‘Lego Star Wars: The Skywalker Saga’ released?

Lego Star Wars: The Skywalker Saga was first announced in 2019 to coincide with the release of the upcoming Rise of Skywalker film, but due to frequent delays it was pushed back to a release window of “Spring 2022”.

See also  Holi 2022: When is the Hindu festival of colors and how is it celebrated?

On 20 January 2022, a new trailer was released that confirmed that Lego Star Wars: The Skywalker Saga would arrive on Tuesday 5 April 2022.

The game will be available on PC, Nintendo Switch, PS4, PS5, Xbox One and Xbox series X/S.

How to pre-order ‘Lego Star Wars: The Skywalker Saga’

As well as a standard copy of the game, Smyths Toys (£49.99, Smythstoys.com) is offering an exclusive Lego snowspeeder toy with every purchase of the game, and Amazon (£49.99, Amazon.co.uk) also has an exclusive offer that includes a “classic character pack”, meaning players will be able to expand the available roster of characters.

Game (£59.99, Game.co.uk) also has an exclusive “Carbonite Edition” on offer that includes the game, DLC character packs, a Luke Skywalker minifigure and a steelbook case featuring Han Solo frozen in carbonite on the cover.

The adventure starts by letting you pick the trilogy of your choice, with The Phantom Menace, A New Hope or The Force Awakensavailable as jumping-off points.

New combat mechanics have been implemented with over-the-shoulder shooting controls and a new cover system for firefights, as well as combos and counterattacks you might expect from lightsaber duels.

Players can also travel to new planets as they journey through the entire starwars saga, from the desert landscapes of Tatooine to the cities and jungles of Naboo. Rather than having a single hub-world to return to and begin new chapters, players will be able to unlock new planets in the galaxy and explore them at their leisure, while taking on side missions to hunt down collectibles.

Will ‘Lego Star Wars: The Skywalker Saga’ have multiplayer?

Like in previous Lego games, The Skywalker saga will support local co-operative play, meaning that two people can play the game together on the same system from beginning to end. However, it has been confirmed that online multiplayer will not be available.

Which characters will appear in ‘Lego Star Wars: The Skywalker Saga’?

According to the gameplay trailer, it will feature over 300 playable characters. Each one will have an assigned role with different abilities, such as Jedi’s, bounty hunters, protocol droids and more.

We can expect to see the main cast of characters appear, including the eponymous Skywalkers, Darth Vader, Han Solo and C3PO. We can also see smaller characters such as Babu Frik and the Gonk droids.

A “character collection season pass” has also been announced which will give players access to characters beyond the nine original films. The first two character packs will be available at launch and will include the cast of The Mandalorian season one and Solo: A Star Wars Story.

Readmore: The biggest confirmed releases coming to Nintendo Switch in 2022

This will mean players who have purchased the pass will get access to characters such as a young Han Solo and Lando Calrissian, Qi’ra, Tobias Beckett, and Enfys Nest. desde The Mandalorian season one pack, we can expect to see the titular bounty hunter himself, Cara Dune, IG-11 and (of course) Grogu, better known in the fandom as “Baby Yoda”. However it has been confirmed that Grogu will not be a playable character.

On 19 April, the “classic characters”, “trooper”, and “Rogue One: A Star Wars Story” character packs will be available. These will include variations of familiar characters such as Luke Skywalker, Princess Leia, Han Solo as well as different Stormtroopers. Jyn Erso, Bodhi Rook, Cassian Andor, K-2SO, Chirrut Imwe, Baze Malbu, and Director Krennic will also be available from the rogue one characterpack.

Finally on 4 May (Star Wars day), characters from The Mandalorian season two and Star Wars: The Bad Batch will be made available. The season two roster will include Ahsoka Tano, Boba Fett, Bo Katan, Fennec Shand, and Moff Gideon and the Bad Batch pack will include Wrecker, Hunter Tech, Crosshair, and Echo.

Looking for your next Lego set? This 2,585-piece globe spins and glows in the dark