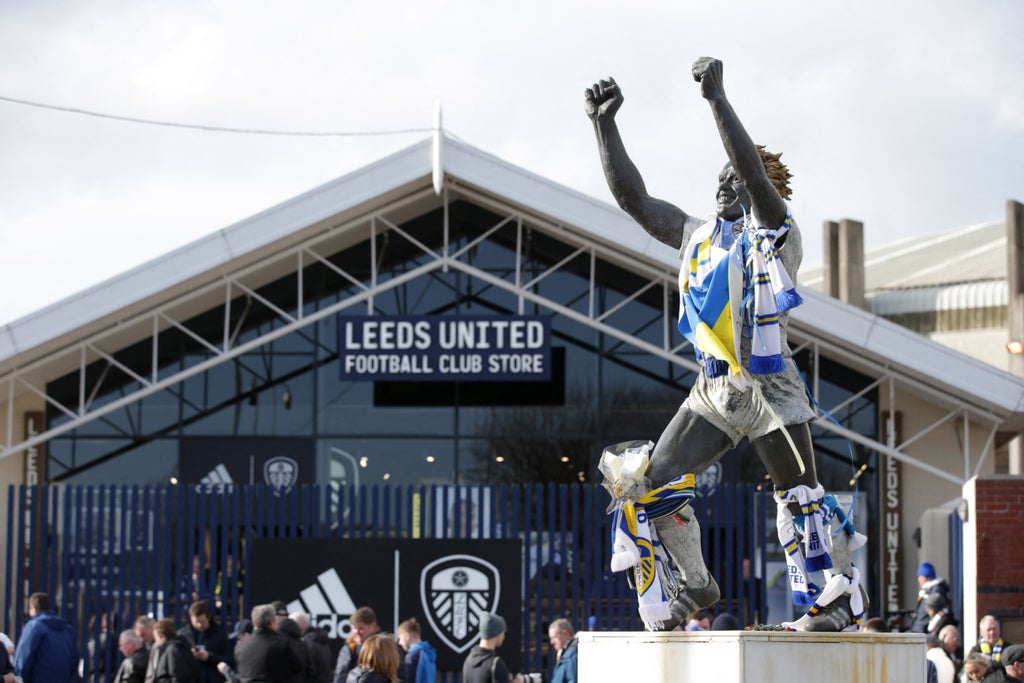 Conte ‘I’m here to help the club until the end’

Follow all the action as Leeds host Tottenham in a crunch Premier League clash this lunchtime.

Spurs’ Champions League hopes have suffered a severe blow in recent weeks, with four defeats in their last five league matches dropping them to eighth in the table but their Jekyll and Hyde-esque nature was perfectly demonstrated by the fact that the one victory during that run was a scintillating 3-2 triumph over Man City – blowing the title race wide open. A midweek defeat to Burnley left a frustrated Antonio Conte questioning his Tottenham future, although he has since rowed back on his post-match comments and attributed them to passion in the heat of the moment after a disappointing loss.

For Leeds’ part, they have unwittingly slipped into a relegation battle following some dismal recent form as injuries to key men such as Kalvin Phillips and Patrick Bamford have left their already-small squad stretched. The Whites are shipping goals at an alarming rate – conceding ten in their last two matches and 16 in their last four – and may be staring down the barrel of a return to the Championship unless they can quickly end a run of five games without a win .

Follow all the latest updates from Elland Road below:

Leeds vs Tottenham: Conte on Leeds

Tottenham boss Antonio Conte spoke about what he is expecting from today’s clash with Leeds and says that their poor run of form will only motivate them more to earn a positive result against Spurs today. Conte said:

Tottenham Hotspur head coach Antonio Conte passed a scathing judgment on his club’s recent history in the transfer market, saying they made “big mistakes” that cannot be repeated.

Spurs offloaded four high-profile players on deadline day, including their two most expensive buys and one they bought for £25million in the summer.

Club record signing Tanguy Ndombele, who cost £55million in 2019, returned to Lyon on loan while £42million signing Giovani Lo Celso headed to Villarreal for the rest of the season.

Tottenham can get their season back on track with a victory today. They are currently eighth in the table but would move above Wolves (7th) if they pick up all three points. Spurs are seven points off the top four but have two games in hand on Manchester United (4th) and are not out of the race despite a terrible run of form.

Leeds are also desperate for points. They are now only three points adrift of the drop zone and could end the day in the bottom three if they lose against Tottenham and other results go against them. The Whites have only picked up one point from the last 15 possible and have been drawn into a relegation battle due to the good form of those at the bottom.

Tottenham have lost four of their last five league games including a 1-0 defeat to Burnley last time out. Their sole victory during this run came against Manchester City at the Etihad when Harry Kane scored in stoppage time to lead Spurs to a 3-2 win.

Leeds vs Tottenham: Injuries and absentees

Diego Llorente (hamstring) and Robin Koch (head) have recovered from their respective injuries and are available for Leeds today but Marcelo Bielsa is still without Patrick Bamford, Liam Cooper, Kalvin Phillips and Leo Hjelde.

Tottenham’s Rodrigo Bentancur picked up an ankle injury against Burnley, which saw he subbed off at Turf Moor, and he misses out today. Oliver Skipp and Japhet Tanganga are also absent due to injury.

Welcome to The Independent’s live coverage as Leeds welcome Tottenham to Elland Road this lunchtime.

It has been a week of drama at Spurs, as boss Antonio Conte questioned whether he was good enough for the job after a midweek defeat to Burnley, although later confirmed his commitment to the club following talks with owner Daniel Levy. Aside from a mesmerizing win over Man City, the north Londoners have been in dire form in recent weeks but a game against Leeds could be just the tonic.

The Whites have had plenty of struggles of their own in recent times as, shorn of talismen Kalvin Phillips and Patrick Bamford due to injury, a dismal run has seen them slide into the teeth of a relegation fight. Even their wing wizard Raphinha has been subdued and the spark which made them arguably the Premier League’s most entertaining team last season needs to be reignited sooner rather than later if they are to avoid a return to the Championship. 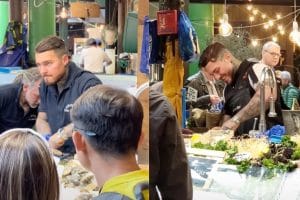