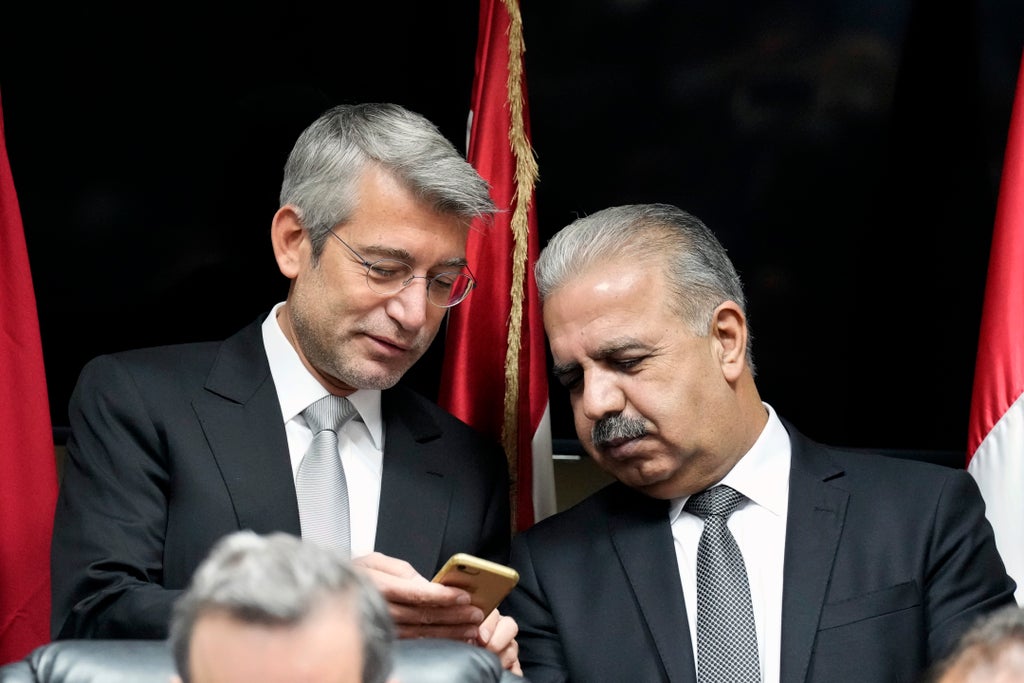 Lebanon signed deals on Wednesday to purchase electricity from Jordan via Syria to help the small Mediterranean country deal with its crippling energy crisis.

The deals are expected to bring Lebanon up to 250 megawatts of electricity a day within two months, enough for about two hours of power a day. The electricity will be transmitted through Syria. The World Bank is expected to finance the deals, and negotiations are under way.

“After signing today, we are left with the financing through the World Bank, something I will work on as soon as possible. The details will be clear in the next two months,” Fayyad told reporters during the signing ceremony. ”We don’t want to promise the Lebanese people that as soon as we sign electricity will come.”

Despite various US sanctions on Syria, Washington has endorsed different deals to help Lebanon handle its energy crisis. It has offered reassurances to Lebanon and waivers from sanctions to companies sending gas and electricity through Syria. But there has been some push back from Congress against offering what seems to be a relief for the government of Syrian President Bashar Assad

The energy crunch is at the heart of Lebanon’s snowballing economic crisis, described as one of the world’s worst since the 1850s. A massive public deficit and a crashing national currency have made shortages perennial amid continuously soaring prices.

Lebanon’s electricity company offers only a couple of hours of power a day, and residents have heavily relied on costly and polluting private generators. The aging national grid has not been able to provide 24-hour electricity in the country since the end of the civil war in 1990, and fuel oil subsidies for the state electricity company have been the main driver of the country’s massive national debt.

Shortages of medicine, fuel and basic supplies have often brought the country to standstill and driven more than half of the population deep into poverty. Political disagreements have delayed efforts to form a government to negotiate a rescue package with international financial institutions. The government is currently negotiating a draft budget.

Fayyad praised what he described as speedy Arab cooperation that has enabled the transmission of electricity in two rather than six months.

Jordanian Energy Minister Saleh Kharabsheh said the agreement with Lebanon reinforces cooperation between the neighboring countries and comes at a “critical time for Lebanon.” He called it a deal to help Lebanon, and not a “commercial deal” — suggesting it is only covering its cost.

“This is not only to the benefit of Lebanon but in the interest of all. Any cooperation between Arab countries is an interest for all,” Kharabsheh said.

Lebanon has also negotiated receiving Egyptian natural gas, set to be transmitted through Jordan and Syria. Another deal with Iraq helps it secure fuel for its power plants.

Speaking in Beirut after the signing ceremony, Syria’s Energy Minister Ghassan al-Zamil said the US sanctions, known as the Caesar act, are of no concern to his government.

“It is imposed by a country. It is not a law,” he told reporters. “What concerns us in this deal, despite the Syrian government putting up with a lot of expenses to fix the pipelines which were not a priority for the government or the electricity ministry, is the insistence of the government to offer more to support Arab cooperation. ”

Syria’s government has been largely boycotted by its Arab neighbors since the start of the war in that country in 2011. Most countries blamed Assad’s government for the war’s atrocities. But as the war dies down and Assad remains in power, many Arab neighbors have begun reconsidering their ties with Damascus, re-opening their embassies and exchanging visits.