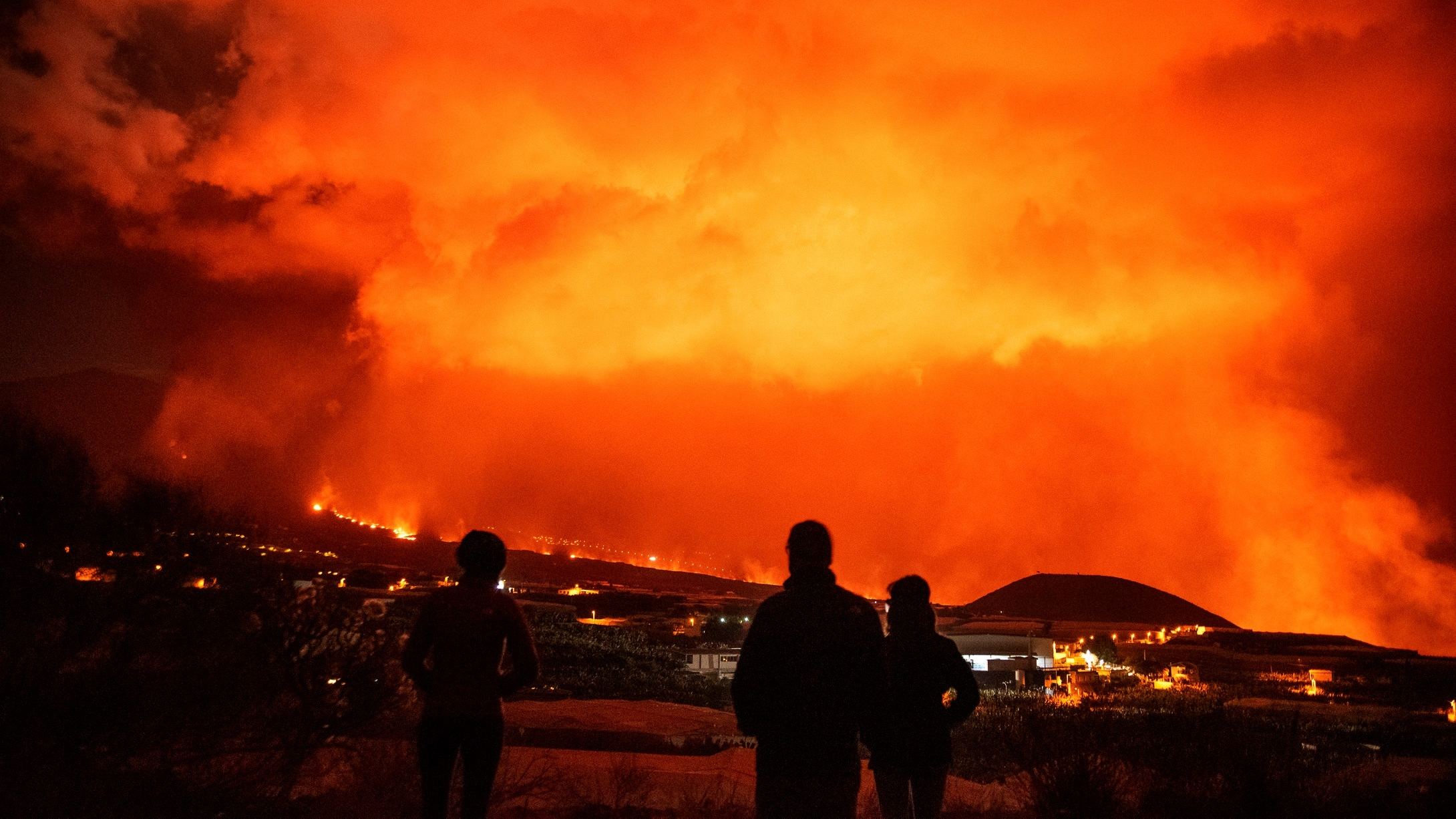 La Palma volcano lava has reached the sea through a third point located on Playa el Charcón, above the fajana formed by the San Juan eruption in 1949 in the northernmost area, almost attached to the lava delta that has buried the Guirres beach.

After 58 days of eruption, the volcano magma continues to emanate towards the three streams that feed the lava delta, 1, 2 and 9. The latter, 9, is the one that has reached the sea through a third point, so that the lava delta generated by the eruption occupies an area of ​​40.9 hectares from the shore, according to the calculations of the Geological and Mining Institute of Spain (IGME).

The technical director of the Special Plan for Civil Protection and Emergency Assistance for Volcanic Risk of the Canary Islands (Pevolca), Miguel Ángel Morcuende, at a press conference explained that the greatest energy from lava is concentrated in flows 4 and 7, for the central area of ​​the affected area.

Air quality worsens in Puntagorda and the Llanos de Aridane

The scientific spokesperson for Pevolca, María José Blanco, has reported that sulfur dioxide (SO2) it is between 12,000 and 15,000 tons per day, higher than the values ​​registered on Sunday but within the downward trend from the highs of 50,000 tons per day September 23rd.

The air quality has worsened since the night in the Puntagorda and Los Llanos de Aridane stations in terms of sulfur dioxide, and in this last locality also in particles smaller than ten microns, with unfavorable levels, while in the rest of the island’s stations it is at good levels.

This situation has led to the suspension of classes tomorrow, Tuesday, November 16, in the educational centers of El Paso, Los Llanos de Aridane, Tazacorte, Tijarafe and Puntagorda, which are now going online, as reported by the Government Education Department. of the Canary Islands.

“IMPORTANT NOTICE Due to air quality, tomorrow, Tuesday, November 16, the classroom activity is suspended in the educational centers of El Paso, Los Llanos de Aridane, Tazacorte, Tijarafe and Puntagorda, which go on to teaching in line #infovolcano

In the southern part of the affected area, the presence of gases has prevented the entry of cleaning personnel or neighbors to collect belongings or documents.

The regional government has called for extreme caution due to the fact that the ash accumulation and rain They could cause the collapse of greenhouses in the areas of La Bombilla, Puerto Naos, Charco Verde and El Remo. Meanwhile, the preliminary autopsy performed on the corpse of the man who passed away while collecting ash in the exclusion zone on La Palma last Saturday does not allow an accurate diagnosis of the cause of death, as reported on Monday by the Superior Court of Justice of the Canary Islands (TSJC).

Inversion conditions at about 1,600 meters of altitude they are not good for air quality, said María José Blanco. However, the breeze from the east guarantees air operation for at least the next 36 to 48 hours.

The seismicity at intermediate levels is slightly decreasing and there is no change in the deep seismicity, neither in the number nor in the energy of the earthquakes. In the last hours, the largest earthquake was 4.4 recorded at 03.53 hours at a depth of 38 kilometers, which has been felt with intensity III. The tremor remains at low levels and the gas column reaches 3,100 meters in height.

The surface affected by the lava of the volcano in Cumbre Vieja it rises to 1,042.1 hectares, according to the calculation made by the European Copernicus satellite system. As recorded in map number 52 that Copernicus has made since the beginning of the eruption on September 19, with data updated at 5:36 p.m. this Tuesday, the buildings destroyed are 2,623, in addition to 111 others partially damaged.