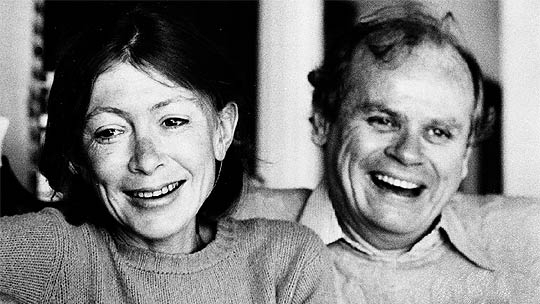 In Iceland, the main road that runs through the country is called the Ring Road because it is shaped like a ring. This curious shape responds to the ice and to the geography itself, which make certain points inaccessible, but also to the alleged existence of elves, creatures from legends and Icelandic folklore who are also known as the hidden or hidden people. To pass through their domain would be to disturb them, and no one wants to disturb the elves. Thus, we could say that the main Icelandic race is built taking into account something that is not seen, creatures that inhabit remote and perhaps non-existent domains, but that shape reality.

My aunt Mari died on December 24. We spend hours sitting in a hospital room, absorbed by this discreet symphony of noises: the beeps, the drip, the distant hum of machines that prevent the delicate thread of life that remains from being cut. For the nurses too, who were inside to check the constants in those studied choreographies that always surround the end of life. And for our silence. What terrifies me the most is that the people I love won’t talk to me. That I can no longer tell myself “I’m going to be fine”. During all that time I couldn’t stop looking at my aunt’s left wrist with the lilac rubber step counter bracelet. She never took it off, not even those last days when she didn’t give a single one. That night, when I left the hospital, it occurred to me that magic, for children, always happens at night. The Tooth Fairy, the gifts under the tree, the Three Wise Men. Since the night of the 23rd I wished for the miracle, the improvement, the implicit promise in that name: “Tomorrow”.

But my Aunt Mari died and there was no magic that night. She died very few hours after a woman who had been important to me, in a different way because I never knew her, and that woman was Joan Didion. So I, very given to looking for a meaning in everything —because the meaning subtracts helplessness and fatality, because the meaning is another of the names of magical thinking—, I preferred to think about the coincidences, about how one day I would write about Joan Didion and my aunt, and I would find a key that would reveal the relationship between the two. Didion has a phrase that goes like this: “I write to find out what I want and what scares me.” Because there are times when life comes through writing and not the other way around. And, in fact, some things in my life begin after they are written, because words also protect from pain. And so if you’re thinking about how you’re going to write it, you’re not thinking about how you’re going to get through it.

I never met Joan Didion, but at 18 I bought a book that took me a long time to understand: The year of magical thinking. Didion says that sometimes you are missing a person and that the whole world seems empty to you and that is what happens with mourning. She relates that when her husband, the writer John Gregory Dunne, died, she was unable to throw her shoes away. In case she came back. Objects are, I suppose, what remains. I wrote about them in the text for my aunt’s funeral, in which I said some obvious things, how could it be otherwise, but I also said that she, recently, had bought some mops for her feet. They were fluorescent green and she was traversing the parquet with those colorful tentacles. I never stopped laughing at those wacky slippers and the other day in a hardware store I happened to stare at them and instinctively took a picture of the ugliest ones. What I didn’t recognize was that I had the urge to send the image to my aunt. With laughing emoticons. As I went along I remembered that I couldn’t do it anymore. I deleted the photo quickly, as if it burned me, and I didn’t know who to tell it to and that’s why I’m telling it here. I fear that if one day we stop talking about what disappears, about those who disappear, they will really die.

A few days after Joan Didion and my aunt died, I was lucky enough to be invited to Reykjavik. It was there when, behind the hotel counter, a boy told me that wonderful story of the elves, of the hidden people. He told me convinced, without hesitation. He even mentioned the lobby elf and laughed. “But if you’re so sure, the elves must have left some mark, right?” I dared with a certain sarcasm. He looked at me curiously and I suppose he thought that not everything that exists has to have been seen once.

Iceland didn’t reveal to me the secret puzzle my aunt and Joan Didion fit into so I could write a few lines about the find, but it did offer me the chance to drive along a road built on belief in something we don’t see. Then I understood that we also live like this, propping up our days on that deep desire that those who have left never leave completely.

Laura Ferrero she is a writer Her latest book is people don’t exist (Alfaguara).