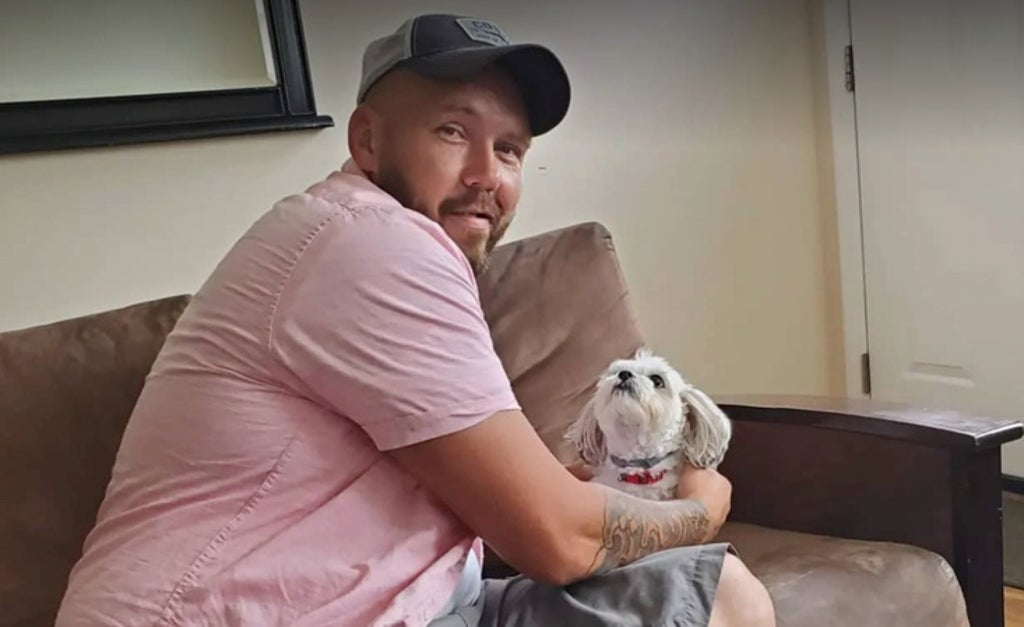 TO A friend of the man who died in a hail of police fire on a Nashville highway has questioned why officers shot him so many times and called for law enforcement to be better equipped to deal with people with mental illness.

Billy Ray Moore said the independent that Landon Eastep was a recovering addict who had been struggling with his mental health before he was shot dead by cops Thursday afternoon.

Moore said that, after viewing body camera footage of the incident, he believes his friend wanted officers to kill him, but feels police could have handled the situation “many different ways.”

“There are so many different ways they could have handled that. I don’t think he had to die,” she said.

Eastep, 37, was shot to death along Interstate 65 Thursday when nine police officers opened fire on him after a 30-minute standoff.

The Metro Nashville Police Department (MNPD) released excerpts from the body camera footage of the fatal incident Thursday night, claiming it shows Eastep acted as if he had a firearm and took a “gun stance” before of the officers firing their weapons.

The video shows Eastep with his right hand in his sweatshirt pocket and an item, which police said was a box cutter, in his left hand.

Mr. Eastep suddenly appears to take his hand out of his right pocket and point in the direction of an officer. At that moment, several rounds of shots ring out and he falls to the ground.

MNPD confirmed that the “glowing cylindrical object” in Mr. Eastep’s hand was not a firearm.

See also  Anna Delvey accuses Rachel DeLoache Williams of hypocrisy: 'Find someone who is dedicated to you like Rachel is to my Twitter'

Mr. Moore said the independent he initially thought his friend was killed in “cold blood” by law enforcement, but changed his mind after seeing body camera footage.

“From the video it seems [Landon] he wanted to be shot,” he said.

“Yesterday when I saw the first video [posted online by a bystander] I thought it was cold-blooded murder… Then I saw the other video.”

He added: “Yesterday I was angry because it hurt me and I felt that he was murdered and today I feel a little hurt with him.

“It was very selfish of him to do that because he knew a lot of people loved him… he has a son and a wife and now they have to go on with their lives without him.”

Moore said he doesn’t know why his friend, whom he met when they were both in recovery, was on the interstate and wishes he had contacted him for help instead of going there that day.

“I don’t know why I was on the interstate,” he said.

“I don’t understand what he was doing out there. I don’t know what she was thinking.

“He knew he could call me anytime he wanted, but he chose to do something else.”

Despite this, Moore said he believes his friend would still be alive if the police had handled the situation differently.

“I think the police need to deal with mental illness better, much better than just shooting a man dead in the middle of the street,” he said.

“Something could have happened differently instead of killing him.”

Moore also criticized the number of shots fired by officers, especially the bullets that were fired after Eastep was already lying on the road.

Authorities have not disclosed how many bullets were fired, but confirmed that nine officers fired their weapons at the 37-year-old man: six MNPD officers, two Texas Highway Patrol officers and one off-duty Mt. Juliet officer.

“He didn’t take as many shots. That was too much,” Moore said.

“And when they fired twice more at the end. It was already down. Whoever shot those last two doesn’t deserve a gun and a badge.

Moore said she first met Eastep about three years ago when they were both living in a halfway house.

Mr. Eastep was struggling with addiction to alcohol and pills and they became close.

“He had a good heart, he was always a good guy who just wanted to help other people,” Moore said.

He said Eastep got sober and saved money to get his own place. Recently, he met his wife and got married.

Moore said they stayed in touch and that his friend was always “giving back” to others in recovery and helping out in the Narcotics Anonymous program.

The last time they spoke was two weeks ago when Moore said his friend seemed “fine” and talked about his plans to start his own construction business.

But Moore believes the 37-year-old had returned to drinking and was dealing with depression and other mental illnesses.

“I don’t think I would have been there if I had been sober,” he said of Thursday’s incident.

Court records show that Mr. Eastep had a pending domestic assault with bodily injury charge dating back to November and was due in court in April.

“He was just a hard worker, a good man, an honest man who just wanted to help people,” she said.

Caitlin Faith, another friend of Mr. Eastep, said the independent he needed help with his mental illness instead of being killed.

“I was struggling with mental health. She needed a crisis counselor, not 36 brutal beatings. He was a loving and compassionate friend,” he said.

Police said the fatal encounter unfolded when a Tennessee Highway Patrol trooper spotted Eastep sitting on a guardrail on the shoulder of Interstate 65 shortly before 2 p.m. Thursday afternoon.

Authorities said the trooper stopped to offer to drive the 37-year-old man home to get him off the busy highway but, after a brief interaction, Eastep allegedly pulled out a box cutter.

MNPD officers were called to the scene as backup while off-duty Mt Juliet Officer James Kidd was traveling north on the interstate with his family and stopped to assist with the encounter, police said.

Police said Officer Kidd tried to defuse the situation by talking with Eastep for about 30 minutes.

Meanwhile, the 37-year-old man had the box cutter in his left hand and his right hand in his pocket, police said.

Officer Kidd is heard urging him “don’t do it bro” and assures him several times that he can get him help, that “we can fix it” and that he “isn’t going to jail today”.

“Let us get you some help. This is not the answer, you and I know it,” she says.

Moments before the shooting, the officer is heard referencing whether Mr. Eastep has a gun in the pocket where he keeps his right hand.

“Just drop the knife, take your hand out of your pocket,” he says.

“If what you have there is a weapon, don’t worry, we’ll find out, we’ll fix it.

“Just drop it, I know you want to do the right thing here and this is your chance.”

The 37-year-old man appears to pull something out of his right pocket and point it at the officer as multiple shots ring out.

Eastep was taken to hospital where he was pronounced dead.

They have also been assigned a routine administrative assignment while the investigation is ongoing.

The two state troopers have not been identified and it is unclear if they were placed on administrative leave during the investigation. the independent has contacted the THP for comment.

The investigation into the officer-involved shooting is being conducted by the Tennessee Bureau of Investigation and the Nashville District Attorney’s office. MNPD is also conducting an administrative review of the shooting.

MNPD spokesman Don Aaron said the officers opened fire because Eastep acted like he had a gun.

“Nine law enforcement officers fired their weapons after Eastep stanced as if he had a gun,” he said.

If you are experiencing feelings of distress and isolation, or are struggling to cope, The Samaritans offer support; you can speak to someone free of charge by phone, in confidence, on 116 123 (UK and ROI), email [email protected] or visit the Samaritans website to find details of your nearest branch .

If you reside in the US and you or someone you know needs mental health assistance right now, please call the National Suicide Prevention Lifeline at 1-800-273-TALK (8255). The Helpline is a free, confidential crisis hotline that is available to everyone 24 hours a day, seven days a week. If you are in another country, you can go to befrienders.org to find a helpline near you.