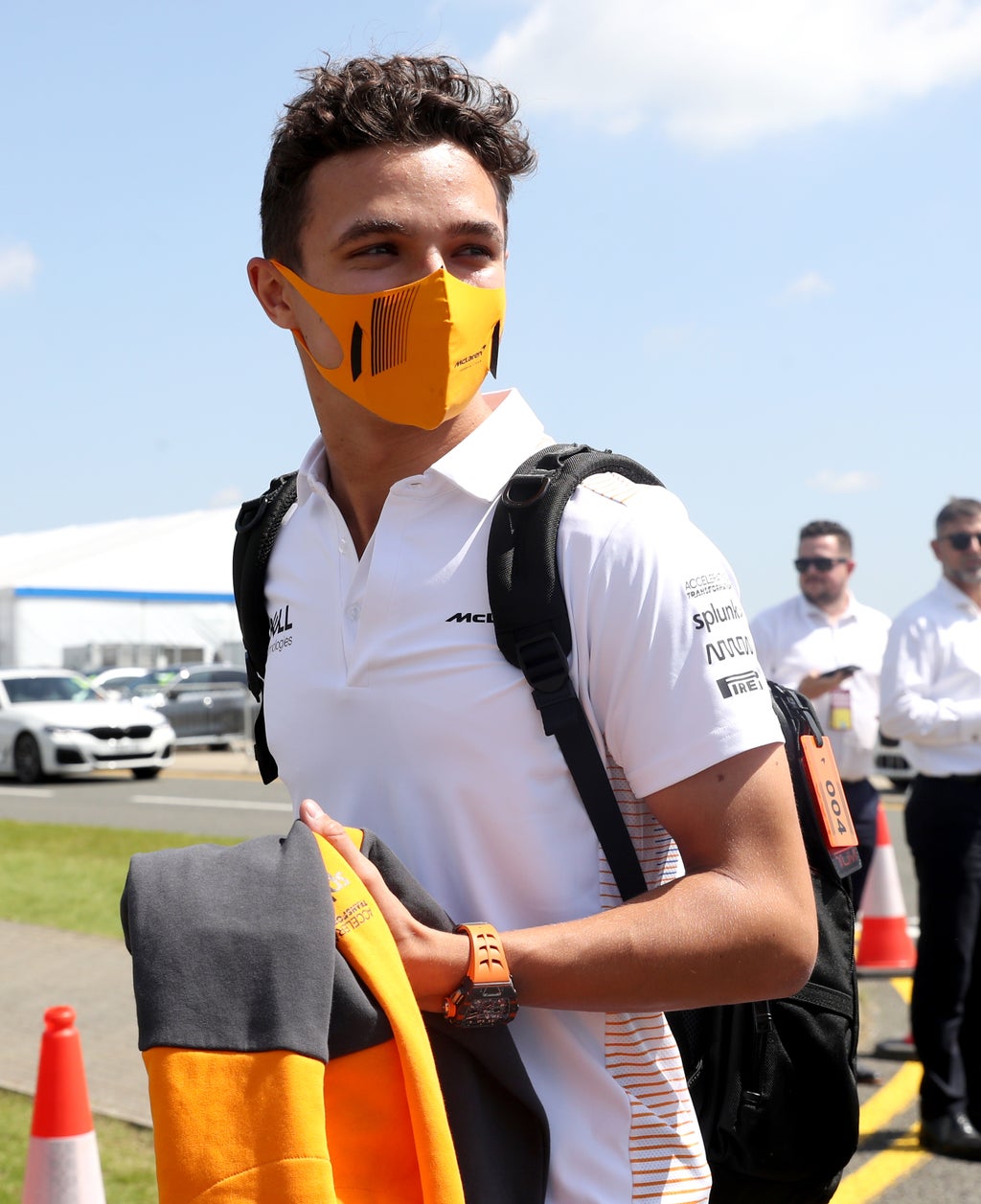 Lando Norris has become the latest Formula One driver to throw his support behind the sport’s under-fire race director Michael Masi.

Four-time world champion Sebastian Vettel said on Thursday that he wants Masi – whose future is under the spotlight following the conclusion to last season’s Abu Dhabi Grand Prix – to stay in his role.

And, speaking at the launch of the McLaren Norris hopes will propel him to further stardom, the British driver, 22, said on Friday: “I support Michael.

“As a driver, the obvious thing we all want is consistency and when things are inconsistent, like we saw in Abu Dhabi, that is when people get annoyed and frustrated.

“We make decisions – the team makes decisions – upon that consistency and rules so if something has shifted or changed, that will annoy certain people.

“But it is so hard. You see us make mistakes as drivers and it is the same with the stewards. It is human to do that when something happens so quickly.

“A lot of the things Michael has done in the past season or two have been great. It is just about ironing out these small things that can have a big impact, which is not something we want.”

F1’s ruling body the FIA ​​will present the results of its inquiry into the final laps of the race – which denied Lewis Hamilton an eighth world championship – to the Briton’s Mercedes team at a meeting of the grid’s major players on Monday.

Masi’s position remains the focus of intense speculation after he was accused of bending the rules to allow Max Verstappen the chance to beat Hamilton following a late safety car period.

It was suggested that Mercedes dropped their appeal against the result of the Abu Dhabi race in a quid pro quo agreement that Masi would be removed by the FIA ​​– an accusation the Silver Arrows have denied.

Norris’ team-mate Daniel Ricciardo said in the immediate aftermath of the race on December 12: “I am glad I was not a part of whatever just happened. It seemed pretty f*****.”

But speaking on Friday, the Australian said: “Ultimately, I think if Michael wants to stay then he should stay. I don’t think one event should determine everything.

“I felt there was too much pressure on the stewards to be honest.

“Obviously the sport in general has a lot more exposure now, which is great in some elements. But it also puts others under pressure who probably aren’t asking for that pressure, or aren’t used to it.

“I was home in Australia over Christmas and inevitably friends and family were like, ‘Woah, what did you think’?

“A little bit more, I would say, were like, ‘I wasn’t sure about that’. But then some were like, ‘Well that was pretty entertaining’.

“Lewis had a relatively big lead and looked as if he had it wrapped up and then with one lap to go I knew Max had pitted and I really felt for Lewis being a bit of a sitting duck.

“It’s not often you put yourself in another driver’s shoes but I did in that instance. It was a real heartbreaker.”