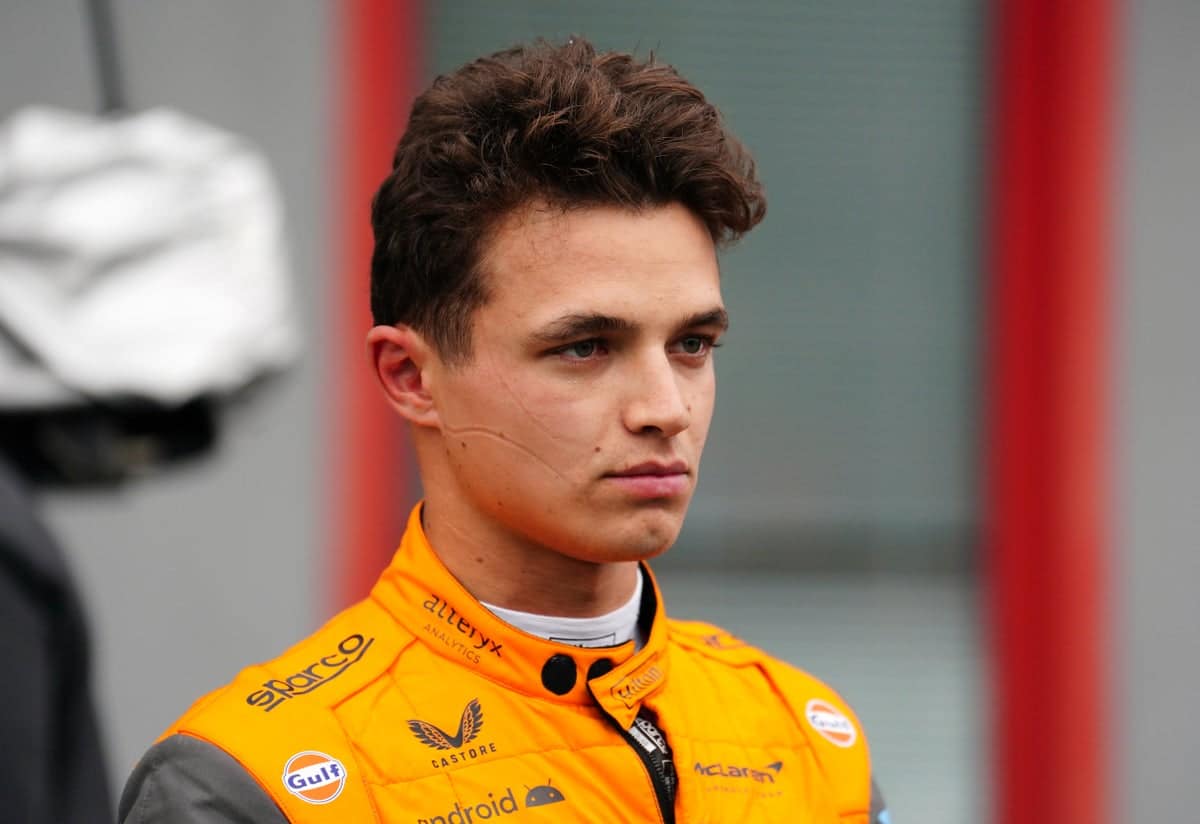 Lando Norris has revealed he has been subjected to death threats – and described social media abuse aimed at his model girlfriend as “horrific”.

The 22-year-old British driver, in his fourth Formula One campaign, has established himself as a fans’ favourite, with more than five million followers on Instagram.

But speaking ahead of Sunday’s British Grand Prix, Norris also revealed the dark side to fame.

“I get death threats every now and then,” he said. “Most people do. Not enough gets done and it is tough.

“If I had seen the threats when I started in 2019, it would have had more effect, but now I understand when you have to laugh – not laugh at a death threat – but laugh at the silly comments people come up with and things they try to create to get attention.

“I want to race, travel the world, meet new people and create new experiences – and they are using their one life sat behind a computer in their bedroom looking to try and ruin, annoy and bully someone.”

McLaren’s Norris, who is seventh in the world championship – one place behind Lewis Hamilton – made his relationship with 22-year-old Portuguese fashion model Luisinha Oliveira public at the start of the year.

He continued: “The amount of hate pages on social media dedicated to Luisinha is now pretty horrific. Instagram and Twitter are the main ones and it is not an easy thing for her.

“She has gone from quite a normal life to suddenly having a lot of followers, so she has to be more careful with what she says and does.

“It is difficult for her to be involved in it so quickly. At least in racing, you kind of go through it slowly and learn to adapt to it – from Formula Four, Formula Three, Formula Two and then Formula One.

“But having gone from never watching a Formula One race to suddenly being in that limelight is extremely tough and then to have to read the comments, too. I want to protect her from that.”

Norris rose through the junior ranks alongside compatriot George Russell, with both men graduating from Formula Two at the end of 2018.

After three years at Williams, the 24-year-old Russell, who beat Norris to the F2 title, is now seated alongside Hamilton at Mercedes, and has out-scored his more illustrious team-mate.

But Norris added: “My manager, my trainer, my parents, have always tried to keep me as me, rather than try to shape me. I see other drivers get shaped more because of who they are with, the teams they are with, and I don’t think that is a good thing. It takes away their personality.

“Growing up with George for instance, was a lot of fun. He was a great person, but it is different at Mercedes – a different vibe and a different atmosphere. I just don’t see as fun a side of him.

“George is a great person, and I feel like the personality he had a few years ago, he would be even more popular.

“I don’t think it is Mercedes’ fault but the pressure of being with Mercedes, and having Lewis as a team-mate, is never going to be an easy thing.

“You don’t want to be seen to be having a fun time and playing around, but on the other side there are no complaints because George is doing an amazing job this year, so it is working for him.”