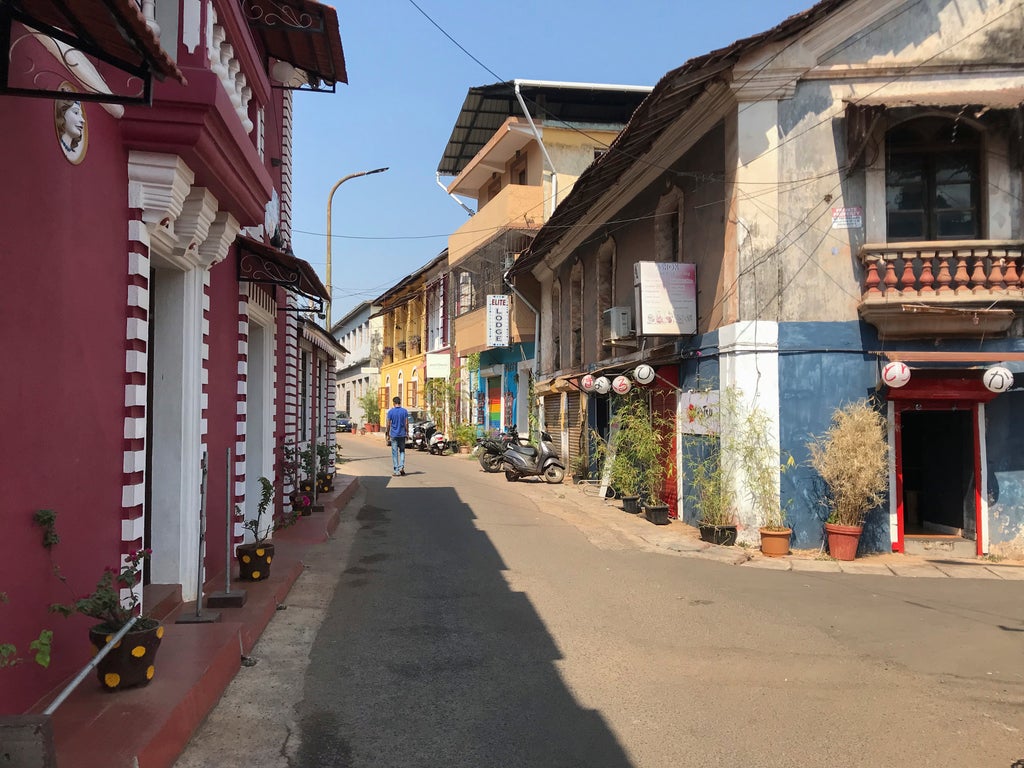 India’s undisputed tourist hot spot, and the tiniest state in the world’s largest democracy, is voting Monday to elect a new government with an eye toward restoring an economy ravaged by the pandemic and saving the environment threatened by an unbridled real estate boom.

More than 1.1 million voters in the western Goa state will decide who among the 301 contestants can help save their ecologically fragile coastal land that is struggling to cope with uncontrolled tourism.

It’s one of five Indian states voting in phases in February and March in what is seen as a test for Prime Minister Narendra Modi’s Hindu nationalist Bhartiya Janata Party ahead of general elections expected in 2024. Results will be declared on March 10.

“The locals can’t afford an apartment or a house or a plot of land in Goa anymore since the real estate prices have been driven sky high by those who want a slice of this paradise,” said Atish Fernandes, who runs the popular Joseph Bar in capital Panjim.

The state has a population of less than 2 million but hosted more than 8 million tourists in 2019, before the pandemic shuttered restaurants and rendered thousands jobless. Hundreds died last year due to frequent disruptions in oxygen supplies at the Goa Medical College COVID-19 facility.

The travel and tourism industry, the lifeline of Goa’s economy, is slowly recovering but not all jobs have come back.

Goa has also emerged as a preferred second home destination for India’s affluent middle class, fueling frenetic construction activity. Fernandes said land rights are a major issue for every Goan since the new wealth is mostly being generated from the sale of ancestral lands, real estate development or brokerage to feed a growing demand.

At a campaign rally in the heart of Goa on Thursday, Modi offered voters his vision of a “Golden Goa” with prosperity fueled by tourism and infrastructure. The opposition Congress and the Delhi-based Aam Aadmi Party are promising sustainable development, jobs and a corruption-free government, while the Trinamool Congress, from West Bengal, has plans for generous welfare programs for the unemployed.

The two prominent regional parties joined the fray to explore their national ambitions.

For Goa’s native communities like farmers and fishermen, what is at stake is a distinct way of life that for centuries has been in sync with its lush green environment and coastal biodiversity.

The state has witnessed intense political turmoil over the last few months, with popular candidates including former chief ministers — the top elected officials — switching sides in their pursuit of secure nominations, often shifting loyalties between parties with conflicting ideologies.

Goa has set a record, “unparalleled” in the history of Indian democracy, with 24 lawmakers in the 40-member state assembly switching parties in the last five years, according to a report by the Association of Democratic Reforms, a non-governmental group working for electoral reforms.

To ensure its nominees don’t go party-hopping after the polls, the Congress party has made them take a pledge of loyalty.

“Here, in just a few weeks, every party has disgraced itself by making a mockery of their own stated platforms and ideals,” writer Vivek Menezes opined in the Outlook weekly magazine.

Goa’s turbulent politics is a microcosm of India’s chaotic political landscape, where a diverse mix of religious and caste identities shape the elections.

The BJP under Modi has emphatically won twice on the national stage with its Hindu-first politics that has alienated Muslims and other minorities as well as secular parties. But its grip on power has been challenged, most recently by rising unemployment and a year-long farmers’ protest on the outskirts of New Delhi.

In Goa, which is often portrayed by Bollywood as a westernized enclave with foreign tourists partying on sandy beaches and views dominated by its historical Catholic churches, Christians constitute only 25% of the population. More than 66% of Goans are Hindu.

Despite controversial statements on rebuilding Hindu temples destroyed by the Portuguese, the Hindu majoritarian agenda of the BJP has had to accommodate the minority Christian community in its quest to win elections.

The BJP in Goa has fielded 12 Catholic candidates in Monday’s election, while the Congress party has nominated 17.

In the quaint Fontainhas area of ​​Panjim, the narrow, winding streets are lined with Portuguese-style homes and bars. A UNESCO World Heritage site, Fontainhas is steeped in the colonial history of Goa, a Portuguese territory until 1961.

At the Joseph Bar, tucked between Fontainhas’s ancient buildings, many rue the inevitable change that free market brings, especially in an economy where every third person is engaged in tourism.

“The local people who are the stakeholders and voters here are always looking back at what they had and what they have lost,” said Fernandes. ”If you ask an average Goan what he wants, he wants a life he had 15-20 years ago.”