The Lanarkshire LGBT community will be able to take part in their own special event this summer.

Making up a sizeable section of the overall community and with no celebration of note happening in the local area, Wishaw man Garry King decided to change that by organizing Pride Lanarkshire.

The 33-year-old, who runs a performing arts group charity for young people, was instrumental in the rainbow Pride flag being flown last year at the council’s Civic Center headquarters in Motherwell.

However, he remains disappointed that until now there have been no significant or official Gay Pride events in North Lanarkshire.

Garry, who last year was named as the first winner of the Pride Glasgow TikTok Drag Race competition, has enlisted the help of colleagues and friends to arrange an inaugural event that will facilitate a day of celebration for the lesbian, gay, bisexual and transgender community in the local authority area.

“I think if you look at Lanarkshire as a whole there’s nothing. There’s not even any pubs that do anything at all.

“I’ve been doing this stuff in drag and being filmed for a TV campaign and it’s going all over the UK, there’s Pride events happening in Edinburgh, London and Glasgow and I just kept thinking there’s nothing happening here.

“We have a number of young people in the classes we take who identify as gay, but they don’t see any positive role models locally. And there’s still a lot of negativity and bigotry in the areas they live. We need something to show that there are role models and positive destinations for them.”

This year Garry expects things to change for the better with the first of what he hopes will be an annual Lanarkshire event.

“We’re planning it for June and we’re thinking about the venue just now,” he continued. “Jane Henderson from Hamilton, who’s a singer and massive on the Glasgow gay and cabaret scene, is working hand-in-hand with me to organize the performers.

“Most people think of Gay Pride as a party but it’s more about raising awareness and providing support. We will have stalls that will raise awareness of charities that offer support. We want to make it a family event, there are so many young people in our area who are not represented and possibly don’t get the family support that people automatically think they have.”

While Garry believes that the majority of young people are better placed now than in previous decades to reveal their sexuality, there are still underlying prejudices.

He added: “There are parents and grandparents who are still of the generations who don’t understand it fully. There are some provisions that have been put in place to support people, by the council and other organisations, but we’re trying to shine a light on the fact that in smaller towns life still happens, if that makes sense?

“You shouldn’t have to travel to a big city to gain any support, recognition or understanding.”

**Don’t miss the latest headlines from around Lanarkshire. Sign up to our newsletters here. 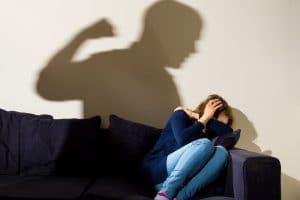