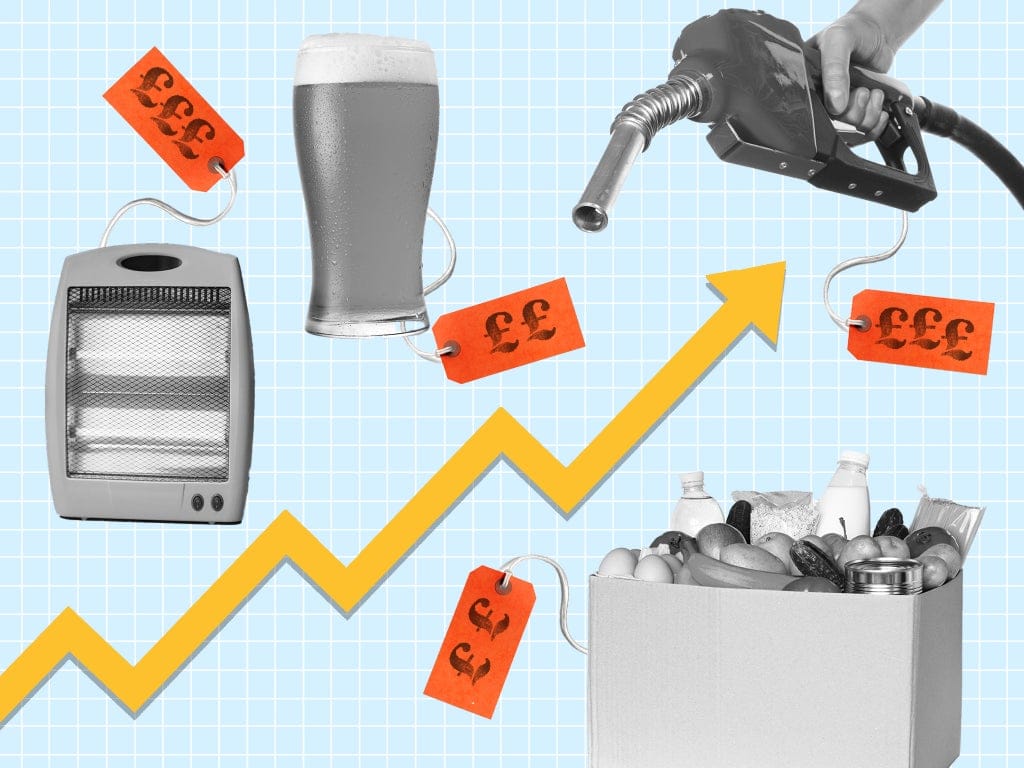 Around 1.3 million Britons will be pushed into absolute poverty by the cost of living squeeze, after the chancellor failed to offer more support to low income households in his Spring Statement, the Resolution Foundation, an economic think tank, has said.

This is the first time, outside of a recession, in which poverty has risen so sharply. Wages are failing to keep pace with inflation, which is set to peak above 8 per cent next month, and average 7.4 per cent this year. The soaring cost of living comes as taxes are also set to rise in April. Some half-a-million children will be among those pushed into poverty by this squeeze on households, the think tank said.

“The decision not to target support at those hardest hit by rising prices will leave low-and-middle income households painfully exposed, with 1.3 million people, including half a million children, set to fall below the poverty line this coming year,” he said Torsten Bell, chief executive of the Resolution Foundation.

The average working family is set to lose £1,100, a 4 per cent fall in their income next financial year, the analysis of the chancellor’s Spring Statement showed. The picture is more extreme for the poorest quarter of households, who will see 6 per cent of their earnings wiped out by rising costs and taxes.

While the chancellor placed emphasis on tax cuts in his speech, by raising the threshold for National Insurance Contributions, and promising to knock a penny off income tax ahead of the next election, only one in eight workers will actually see their tax bills fall by 2025 .

“Despite the eye-catching 1p cut to income tax, the reality is that the Chancellor’s tax changes mean that seven-in-eight workers will see their tax bills rise. Those tax rises mean the Chancellor is able to point to a swift fiscal consolidation and significant headroom against his fiscal rules,” Mr Bell said.

It is also the worst parliament on record for plummeting living standards, the Resolution Foundation said, with household incomes set to fall by 2 per cent up to 2025, double that seen during the financial crisis.

“In the face of a cost of living crisis that looks set to make this Parliament the worst on record for household incomes, the Chancellor came to the dispatch box yesterday promising support with the cost of living today, and tax cuts tomorrow. Significant measures were announced on both counts, but the policies do not measure up to the rhetoric,” Mr Bell said.

It comes after spending watchdog, the Office for Budget Responsibility (OBR), revealed that UK consumers face the worst fall in their buying power in a single financial year since records began in 1956.

Energy bills are set to rise by more than 50 per cent in April, but this will be compounded by an additional rise of more than £800 in October, pushing the average energy bill towards £2,800.

Paul Johnson, director of economic think-tank the Institute for Fiscal Studies said that the chancellor had “done nothing more for those dependent on benefits, the very poorest, besides a small amount of extra cash for local authorities to dispense at their discretion”.

Mr Johnson added: “Their benefits will rise by just 3.1 per cent for the coming financial year. Their cost of living could well rise by 10 per cent.”