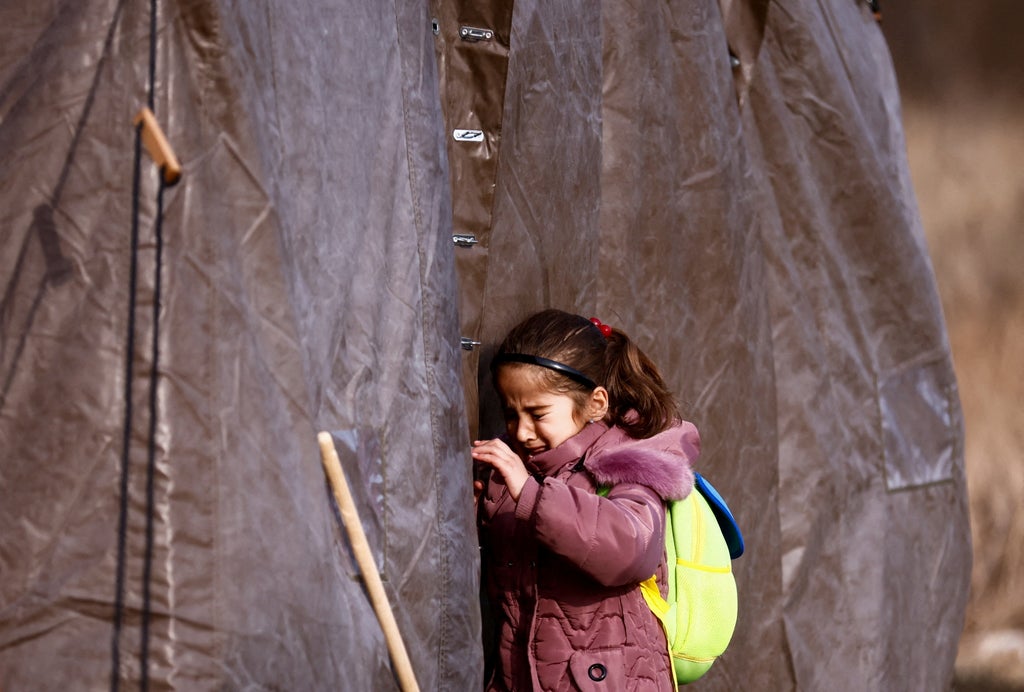 It’s bad news for Labor when there are Tories taking a more compassionate position on the burgeoning refugee crisis caused by the Russian invasion of Ukraine. It is a particularly shameful moment for the party.

On Monday’s BBC Newsnight, senior Tory MP Jeremy Hunt was whether he supported an “open door” policy for Ukrainian refugees, which would ask to mirror the one adopted by the EU. He said: “Yes, and I expect we will get something like that in the next couple of days from the prime minister.”

On the same programme, Labour’s shadow minister for international development, Preet Kaur Gill, was asked the same question. She responded, “Well, look, we need a very simplified process,” and went on to talk about shadow Home Secretary Yvette Cooper pressing and correcting her equivalent of her, Priti Patel, in the Commons.

When asked again, Gill said: “What we’re saying is we need a simplified scheme. We’ve already got the Hong Kong one, it’s working really well. We need to have something very similar to that.”

A “simplified process”, when terrified families are forced to flee a deadly, catastrophic invasion? It’s just not good enough.

We might expect this sort of mealy-mouthed obfuscation from the Tories – the party of Kevin Foster, who reckoned (in a now-deleted tweet) that Ukrainian refugees should apply for seasonal work visas, presumably so they can pick fruit in the UK, and the callous Nationality and Borders Bill that sought to criminalize Ukrainians making their own way to the UK in search of safety, flouting the Refugee Convention that Britain helped draw up.

But Labor can and should do better.

Let’s face it, the party under Jeremy Corbyn’s leadership wouldn’t be making wishy-washy statements about “simplified processes”. Responding to the plight of people fleeing conflict and brutality with openness, compassion and humanity would have been the priority. There can be no doubt about this, even in the minds of the most vociferous Corbyn critics.

Keir Starmer has made much of the fact that the party is now under “new management”, even using the crisis in Ukraine as an opportunity to punish and threaten left-wing MPs. He might be concerned about winning back the so-called Red Wall voters lost to Brexit, but his approach has created an empty, value-less Labor Party – a void where principle should be, wrapped in the Union Jack. Labor is apparently “the party of Nato” again, but its other core values ​​are now anyone’s guess.

Advised by Peter Mandelson, Starmer has taken increasing cues from the New Labor approach, after being elected leader on a socialist platform and promising to continue the work of his predecessor. He played one record, won the leadership and seamlessly began to play an entirely different one.

In one way, it’s unsurprising that Starmer’s Labor hasn’t thrown its weight behind the most compassionate and humanitarian position – that’s just not what Labour’s about under this new management. Instead of shouting “refugees welcome!” from the rooftops, Labor mumbles “some refugees welcome under a simplified scheme”.

The government’s plan compares very unfavorably to the position of the EU, which is offering to accept all Ukrainian refugees, with or without visas, for up to three years.

Whatever Patel told MPs in the Commons, this is not a “very generous” or “expansive” or “unprecedented” package. It’s not enough. We know it’s not enough – we can see the pictures and videos on social media of bloodied and terrified people, mothers sleeping on the floor of refugee shelters, clutching small children. It’s heart-wrenching, terrifying, painful – the only response can be of generosity, empathy, support and “what can we do to help?”

If Labor can’t bring itself to be the opposition party that truly stands with Ukraine by welcoming its people in their hour of need, whether they have visas or not, then it’s not an alternative to the Tories. It’s pointless – an empty shell.

The Independent has set up a petition calling on the UK government to be at the forefront of the international community offering aid and support to those in Ukraine. To sign the petition click here