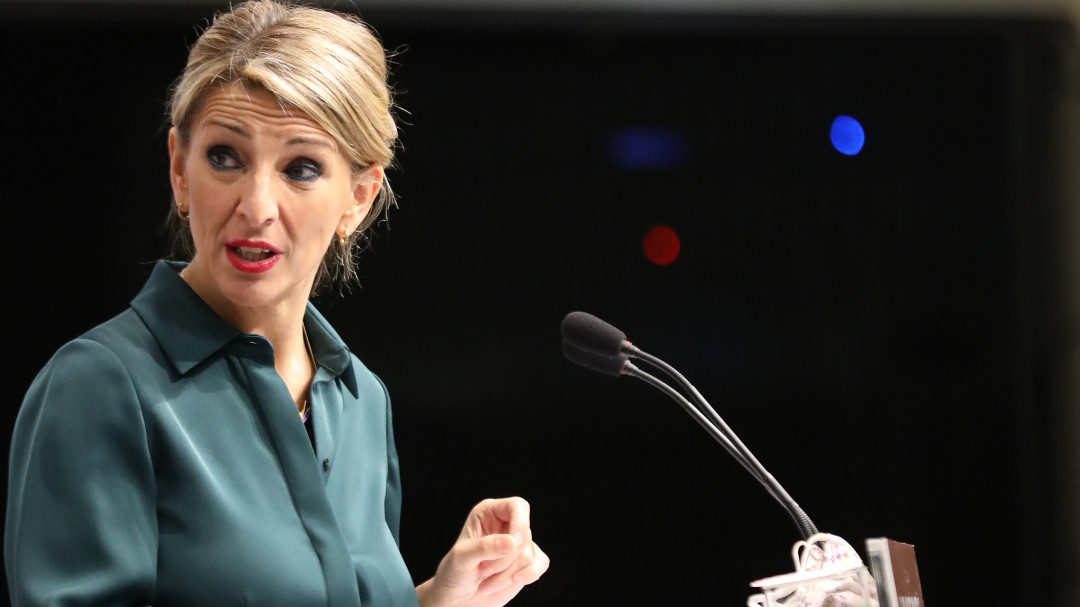 The Ministry of Labor has presented this Thursday a crash plan against fatal accidents at work with a focus on “preventive action” and focused on a series of activities with high accidents such as road transport, construction, fishing or waste collection.

“On average, two people die every day in our country because of their work,” recalled this Thursday the Second Vice President of the Government and Minister of Labor, Yolanda Díaz, in the presentation of this plan with which it is sought, in addition to tackling fatal accidents, reducing the severity of damage to workers’ health by “promoting safe work environments.”

The plan, explained Díaz, is focused on those activities where the highest number of fatal accidents are concentrated and where there is a greater working population exposed, after having analyzed the fatal accident data from recent years.

“It is not about acting globally in some sectors, but about addressing the specific causes that are mainly causing fatal work accidents,” he added.

For this, data will be crossed to identify companies in which there is a greater possibility of a fatal accident, for example in which there have been many minor accidents but with causes that can be fatal. And in these companies, more actions of the Labor and Social Security Inspectorate will be planned.

Transportation, construction or fishing, among the most vulnerable activities

By activities, those identified as the most vulnerable for this plan are road freight transport and moving services; construction of buildings; electrical installations, plumbing and other installations on construction sites; fishing, due to its high accumulated rate of fatal accidents, agricultural sector, due to the use of machinery such as tractors; and waste collection.

For this reason, four sectoral programs are articulated with a focus on these activities, which will include actions of the Labor and Social Security Inspectorate, through the anti-fraud tool, and with that priority of prevention.

“We deployed a preventive action, and not only reactive to the damage already caused, to which we obviously also respond,” said Díaz, who recalled that the maximum infringements for very serious breaches in this matter are close to one million euros.

Díaz also pointed out that this plan “is not an isolated action” and that work is already under way on the new “Spanish Health and Safety Strategy with the social partners and with the autonomous communities, and that” it will set ambitious targets to reduce accidents including all kinds of accidents. “

On this plan, which will be deployed during 2022, the second vice president has indicated that a balance will be made at the end of next year and has insisted on the importance of closing the changes in the labor reform and tackling precariousness.

“Precariousness can kill. Ending it is to gain in occupational health and, therefore, in addition to this plan, the jobs in which the social dialogue table is working now are decisive to guarantee the well-being of working people,” he has completed. Between January and September of this year, workplace accidents have caused 527 deaths in Spain.