Skip to content
Home News La Palma volcano | The eruption, “on the way down” 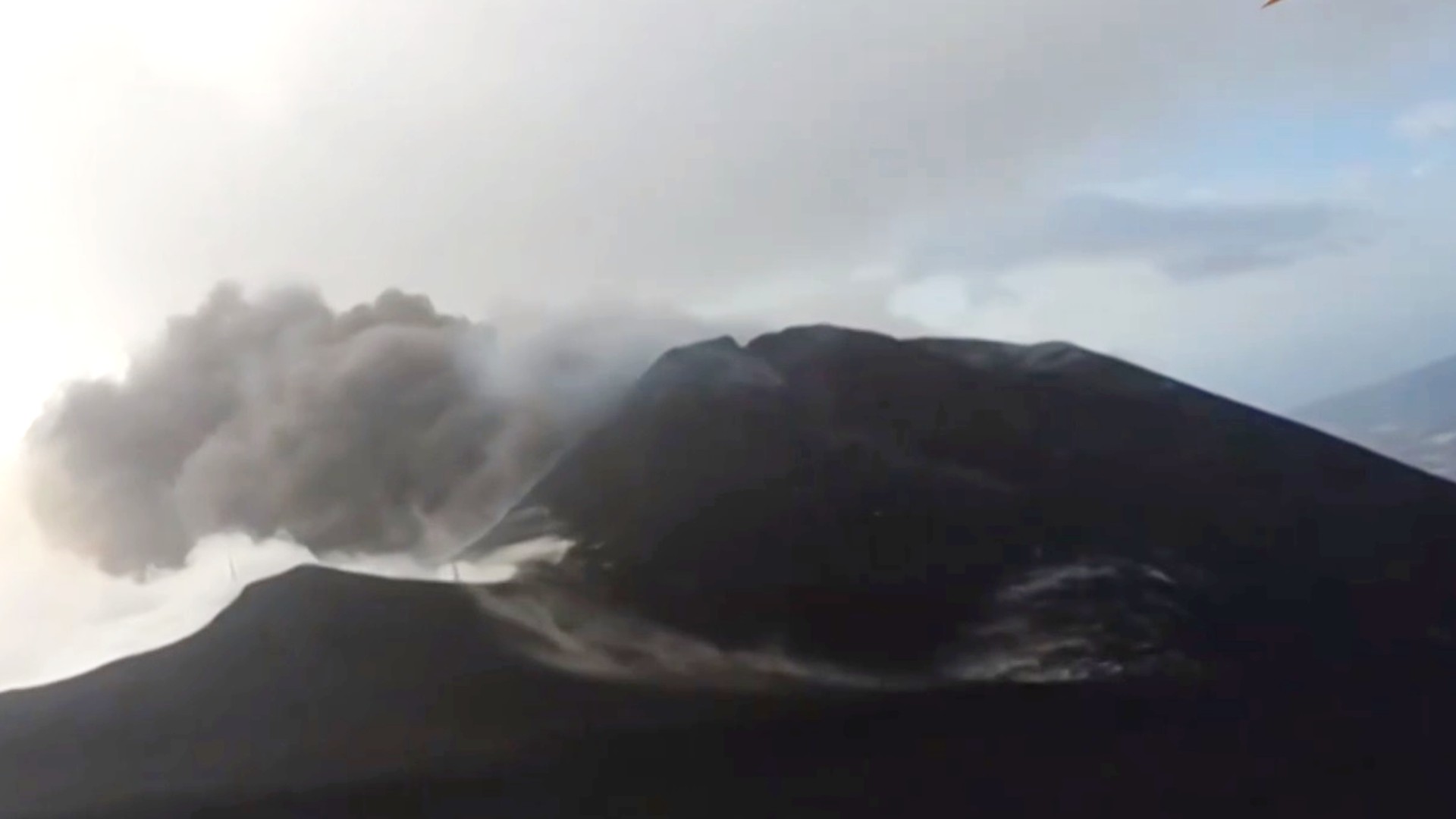 Parameters of the eruptive process of the La Palma volcano such as seismicity, tremor or the emission of lava have been decreasing for several days, however, scientists such as the geologist of the Geological and Mining Institute of Spain (IGME), Carlos Lorenzo, believe that “the The eruption is not ending, it is on a downward path. “

Lorenzo has indicated in an interview for Channel 24h of TVE that values ​​such as “the bulging of the ground, earthquakes and the amount of gases emitted by the volcano need to go down much more and once they are much lower they stay that way for 10-15 days“in order to define the end of the eruption.

The IGME expert asks to be “very prudent” with hastily announcing the outcome of the volcano’s activity because he considers that “it may cause the population make decisions that are not appropriate“. Seismicity is the parameter that has decreased the most, with just over 10 earthquakes in 24 hours when last week records of more than 300 earthquakes a day were broken.

Carlos Lorenzo, IGME geologist: “The eruption is not ending, we are on a downward path”

The lava emission centers of the main Cumbre Vieja cone are not very active and the big problem that the eruption now generates “is the gases,” said the technical director of Pevolca, Miguel Ángel Mocuende this Friday. The concentrations of sulfur dioxide (SO2) and other toxins at certain times they prevent access to homes, ash cleaning and removal of belongings in the southern area of ​​the emergency. It is also posing problems to finish the infrastructures and for this reason Morcuende has insisted that, “if the gases leave us”, two weeks of continuous work will be needed to finish the new road to Puerto Naos.

The gases are being constantly monitored by the air quality services of the Government of the Canary Islands and the Military Emergency Unit, which carries out continuous tours to ensure the possibility of accessing or not the evacuated areas, where it goes from working “with absolute guarantee” a moments with high gas concentration, which force evacuate people present.

Emission of water vapor and ash

The activity visible to the naked eye that has predominated in the emission sources of Cumbre Vieja this Friday has been the continuous expulsion of water vapor and the sporadic ash ejection. The height of the volcanic plume has reached 1,200 meters and it has been arranged throughout the day in a south-southwest direction from the eruptive focus, which is favorable for the operation of La Palma airport.

At the same time, the scientific spokesperson, María José Blanco, has indicated that from the effusive focus located to the west of the main cone lava continues to flow through a volcanic tube that has several jameos and from which two streams depart that move, also to the west, on the previous ones.

The most active, which converged on the stream that emerged west of the Cogote mountain (currently inactive), continues on the latter and falls on the lower island, in the Las Hoyas area. According to Miguel Ángel Morcuende, there has been no more area affected by the runoff, which remains at 1,184 hectares, which on Thursday allowed 30 families from Los Llanos de Aridane to return to their homes.

The mornings of RNE with Íñigo Alfonso – La Palma: Returning home after a month and a half evicted – Listen now

Torres anticipates signing the “exceptionality” in the EBAU

The President of the Government of the Canary Islands, Ángel Víctor Torres, has advanced this Friday that in January the ministerial order will be signed that will include an “exceptionality” in the EBAU for students from the municipalities of El Paso, Tazacorte and Los Llanos de Aridane affected by the volcanic eruption.

Torres understands that students should examine only “what they have given in class” after many interruptions since the eruption began and has corroborated their arguments that they do not want an easier test but that it is “fair.”

The president thanked the educational community of the Aridane Valley for their effort and resistance to the eruption, with teachers “who have lost their homes and are still working” or students who “get up wanting to learn and move forward.” .