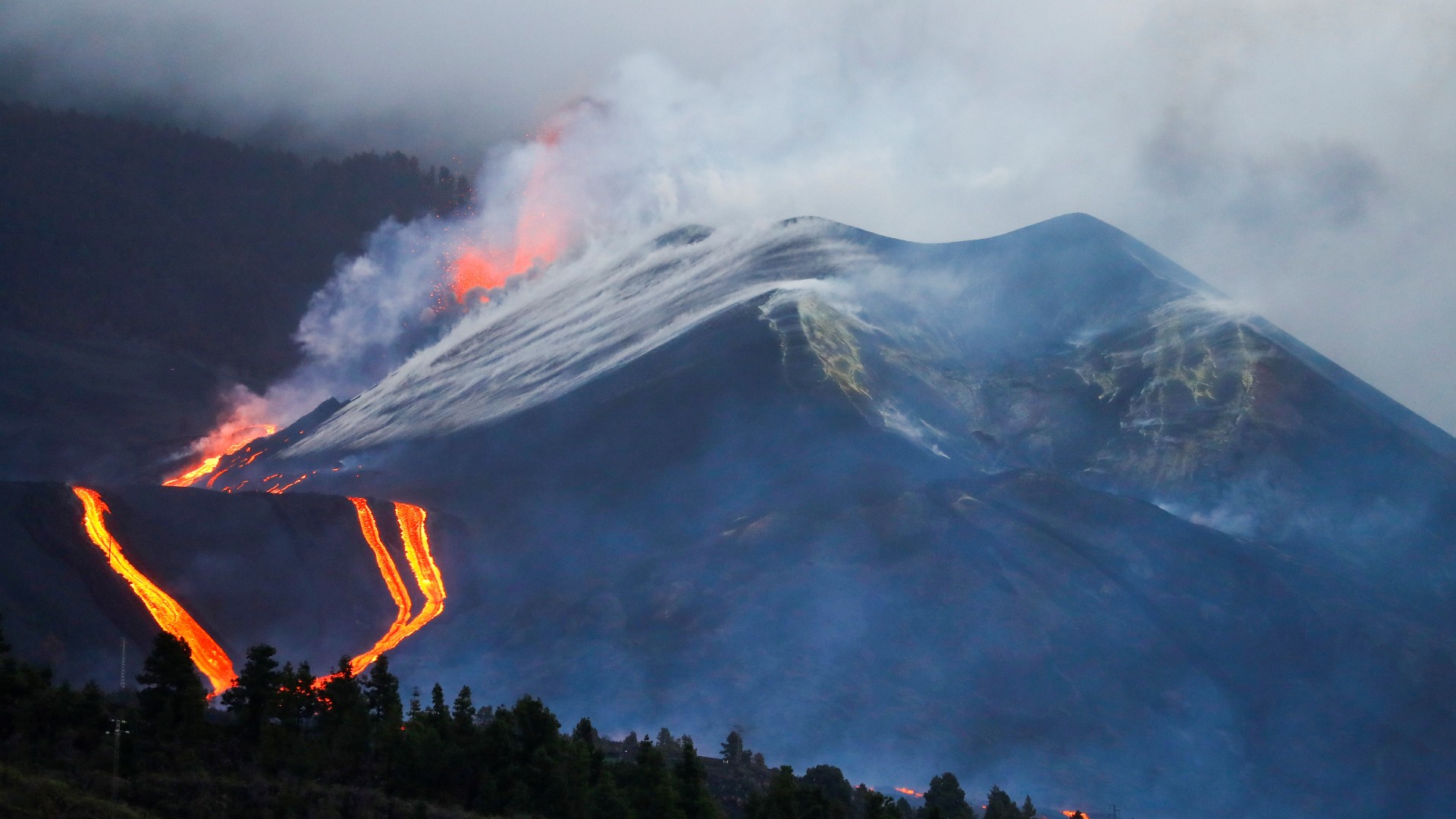 The new lava flow that emanates from the emission center emerged early Sunday on the north flank of the Cumbre Vieja volcano -which has already built a small cone attached to the main one- It is located 1.5 kilometers from the town of La Laguna, although his progress has slowed down after gobbling up quite a bit of material.

The technical director of the Emergency Plan for Volcanic Risk of the Canary Islands (Pevolca), Miguel Ángel Morcuende, has stated that it is necessary to “watch over and monitor” this wash to determine if it receives enough “push” to keep walking towards the aforementioned town.

However, Pevolca believes that the most reasonable thing is that this wash ends up stopping or climbing over zone eight, the one that runs north of the La Laguna mountain, given the large amount of new territory of agricultural and forest land that has ended up gobbling and consequently the increase in viscosity that will lead to slowing its progress.

In addition, the spokesperson for the Scientific Committee, María José Blanco, indicated this Monday at the press conference after the meeting of the scientific and technical committees that this new effusive focus has notably decreased its activity, although it continues to feed the field through lava tubes. of lavas. The rest of the main emission centers have decreased their activity considerably, to the point that the main cone has slowed its effusive activity for the third time in the 72 days of eruption.

“First images of the main emission center of the volcano that today, as on two previous occasions, has stopped emitting lava.#masFuertesQueElVolcan#AlwaysWithYouFAS@CabLaPalma@112canarias pic.twitter.com/D5pKHgm6pR“

In the last hours of the day, this new channel through which the volcano material is flowing has become more evident with various overflows of the lava channels that sprout from the new eruptive mouth.

“From @involcan
new images arrive of the eruption of La Palma

One of the new lava canals in Tacande has overflowed pic.twitter.com/zrqWueHnLt“

The area affected by the lava reaches 1,115.82 hectares, a figure that is pending review, with a maximum width between flows of 3,500 meters, has detailed Miguel Ángel Morcuende, who has specified that the southern lava delta remains at about 43 46 hectares and the north at 5.05.

In the restricted area, the data observed in the measurement of gases harmful to health this Sunday prevented access by the south for irrigators and workers, a measure that has been maintained this Monday, since values ​​are still high due to the orientation of the volcanic plume.

Even so, after the daily maximum in sulfur dioxide (SO2) Of the entire series that forced to issue a notice to the population of Los Llanos and Tazacorte, this Monday the Air Quality Index (ICA) is good in all stations, except in Los Llanos de Aridane and Puntagorda, where is regular.

With regard to particles smaller than 10 microns (PM10), good and reasonably good levels are maintained at all stations on the island.

The disposition of the wind will carry the ash cloud and SO2 towards the west-southwest, which will suppose a favorable scenario for the operation of the airport at least for the next 48-72 hours.

Another of the sections highlighted by the Pevolca spokesmen is the increase in seismicity at intermediate depths, although activity at depths greater than 20 kilometers is still low.

A fact that has not prevented it from occurring the strongest earthquake since the eruption began: 5.0 mbLg of magnitude in an event recorded this Monday at 08:35 (Canary time) at a depth of 35 kilometers with a “full” V intensity over XII.

Finally, the tremor (vibrations of the magma in the volcanic building) has returned to low levels after the intensification episode that it experienced on Sunday.