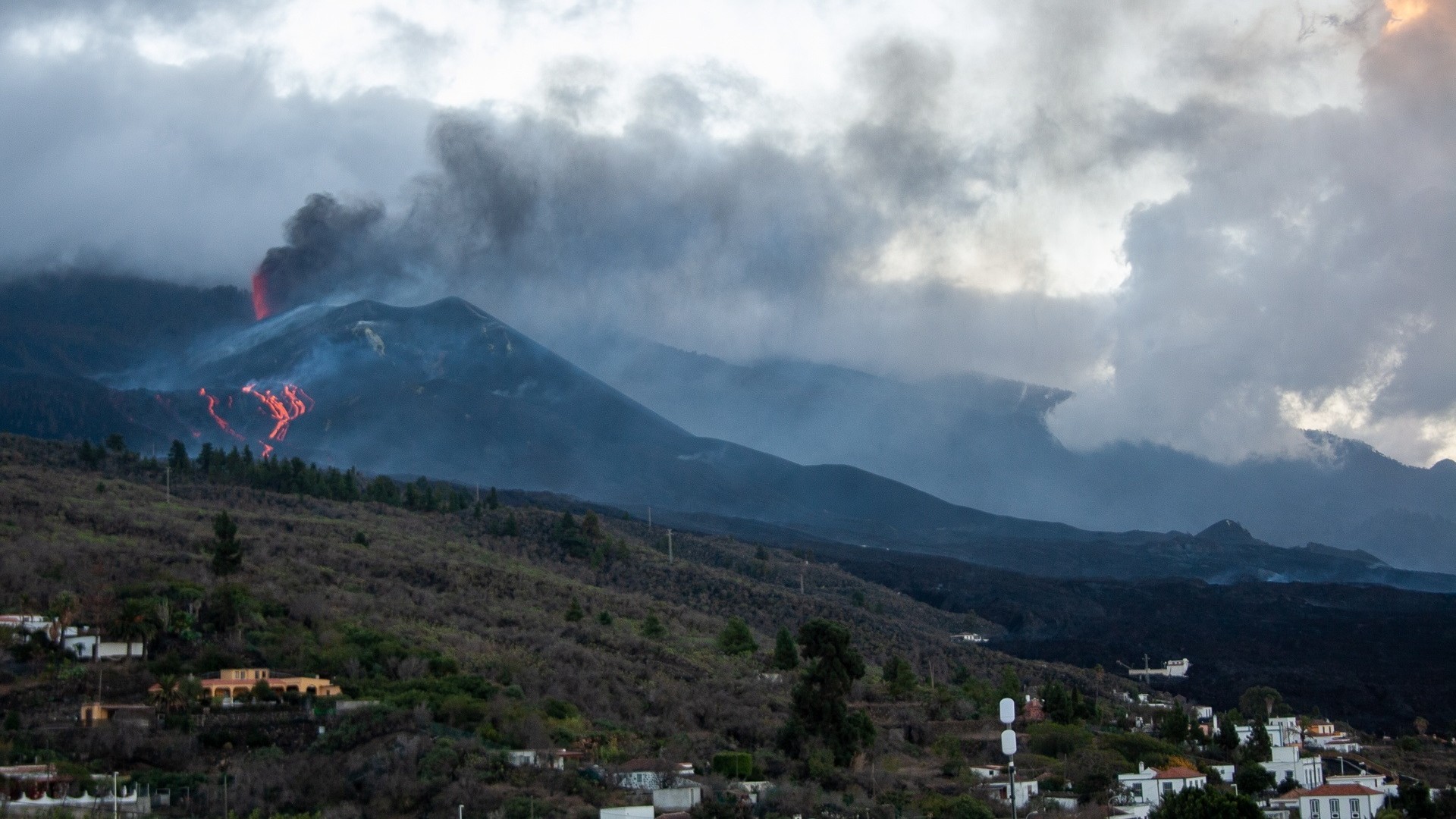 The source of lava emanating from the secondary cone on the northeast flank of the Cumbre Vieja volcano It is spilling through the Fronton area, moving towards the west without affecting new areas not trodden on the previous flows. The small landslides that occur inside the crater are contributing large blocks that are transported by lava channels.

Instead, activity in the main cone is scanty and intermittent and the emission of ash and fumaroles predominates, “although it cannot be considered off,” the eventual scientific spokesman for the Canary Islands Volcanic Risk Emergency Plan (Pevolca) Stavros Meletlidis specified this Thursday, who explained that “magma always looks for the easy way“And although it is now gushing out from the northeast flank, in the next few days it could come out again through the original crater.

This Thursday afternoon, between 3:00 p.m. and 5:00 p.m. Canarian time, the northeast cone has lost its Strombolian activity, which has recovered with strong lava and pyroclastic emissions that have reached 500 meters in height, and may affect new unpopulated areas north of Cumbre Vieja.

“Intense strombolian activity on the northeast flank of the volcanic edifice at 6:00 pm Canariam time pic.twitter.com/CMsRpncQ88“

The technical director of Pevolca, Miguel Ángel Morcuende, has indicated that the contribution of lava to casting eight, located 800 meters from La Laguna, It has decreased, but its progress is still monitored to watch for any overflow. The feeding of the lava deltas also continues, mainly the northern one by wash seven.

In short, Morcuende has celebrated that most of the energy is in the central areas of the emergency, so the situation for the population does not worsen. In fact, the area washed away by lava has only increased by two hectares for a total of 1,136 according to Pevolca.

Seismicity does not give truce

after one slight decrease for a few hours Last morning, seismicity at intermediate depths increased again, although below the last record days (more than 1,000 earthquakes in three days).

The number of earthquakes at depths greater than 20 kilometers has suffered a clear decrease and the maximum magnitude has been 4.2 mbLg from an event recorded at 05:14, felt at a level IV over XII, at a depth of 13 kilometres. The tremor level is in average values, but with a downward trend.

The weather conditions will be favorable for aeronautical operations on La Palma, since the smoke and ash plume continues to be displaced to the west. Occasional and light rainfall will occur and the possibility of entry of African dust remains from Saturday.

The concentration of gases in the evacuated area is worrying

The levels of sulfur dioxide (SO2) and of particles smaller than 10 microns (PM10) remain at good or reasonably good values ​​in all La Palma stations, without exceeding thresholds.

However, the gas concentration values They forced to suspend this Thursday morning the access to Puerto Naos of neighbors for the removal of belongings and the cleaning of ashes. A situation that recovered at 1:00 p.m. with the reopening of the southern area of ​​the emergency.

Despite the fact that access has been resumed, the Pevolca asks the neighbors to open doors and windows to ventilate the houses and thus remove carbon monoxide concentration.

Facing the next bridge of the Constitution and the Conception, the management of Pevolca has prepared a special device for the foreseeable arrival of tourists. The access traffic to the Aridane Valley will be regulated again by the LP-3, in the afternoon from 5:00 p.m. to 11:00 p.m., diverting light vehicles through the slopes of El Paso and Hermosilla and maintaining the LP- 3 for heavy vehicles and emergency services. The ascent from Los Llanos de Aridane and Tazacorte will be done by the usual route.

“Reinforcement of boats and planes for the arrival of thousands of tourists to La Palma. @lafalconetti #Direct

On the other hand, this Thursday 11 members of the Military Emergency Unit (UME) who have tested positive for COVID-19 on La Palma have entered quarantine. All those infected are vaccinated and are asymptomatic.

The 11 affected soldiers gave negative to the antigen test that was made to them before moving from the Peninsula and positive in the test that they practiced in La Palma. The rest of the UME members on the island have tested negative.