Skip to content
Home News La Palma, two months under the fire of the volcano 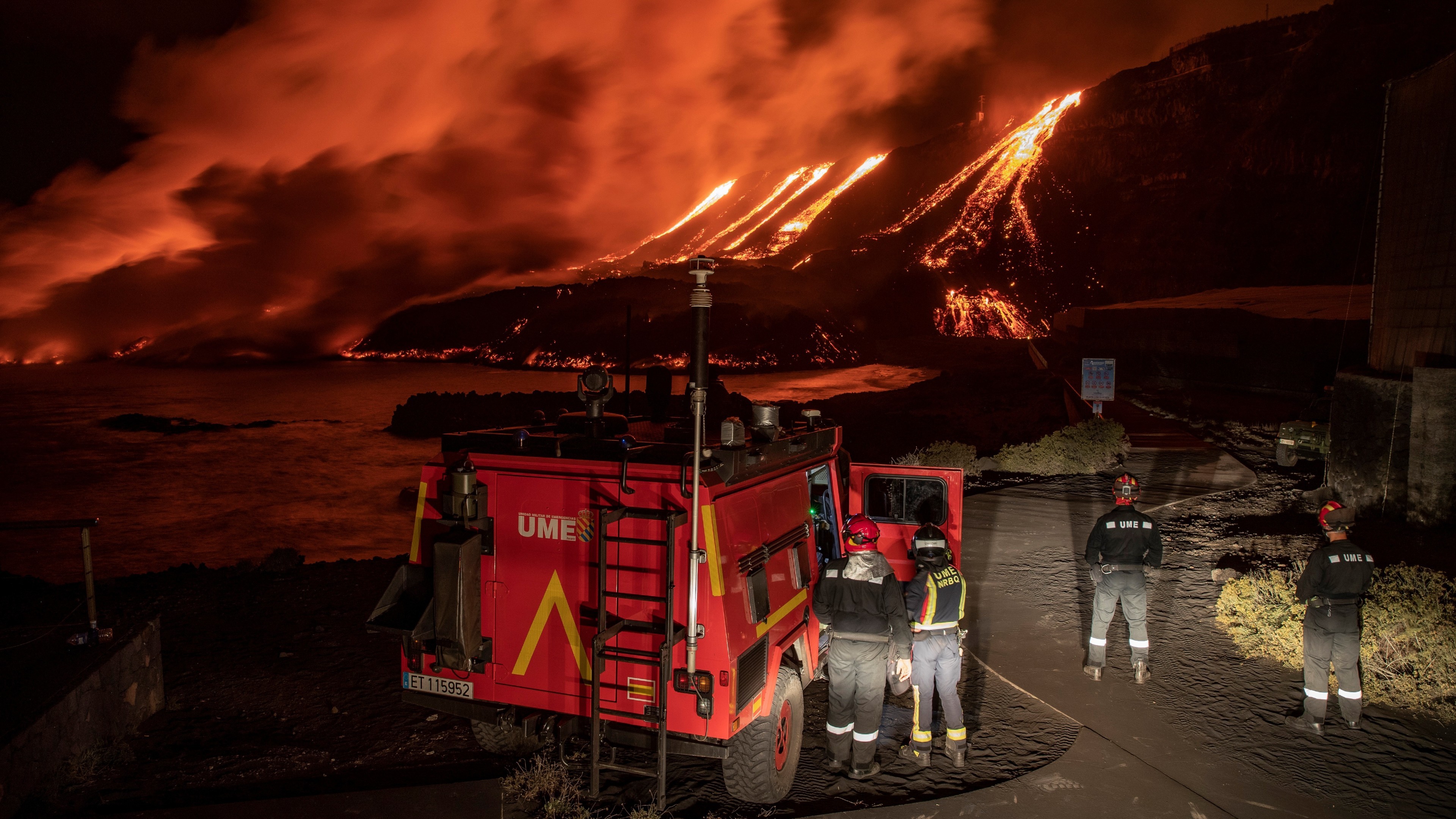 The La Palma eruption celebrates two months this Friday without its end in sight, although the signs seem to indicate that is already in a declining phase, despite the increase in seismicity and tremor in recent days. The levels of sulfur dioxide, which is one of the most important indicators to predict the end of the eruption, have plummeted, but geologists warn that they still have to fall further and remain in time. Of course, all agree that, at least in the short term, the activity of the volcano will continue.

The volcano has already passed the average duration of the historical eruptions occurred on La Palma, which it is around 55 days. The longest, so far, has been that of Tehuya, in the 16th century, which lasted for 84 days. The shortest, that of Teneguía, in 1971, with 24. This was precisely the last subaerial eruption that occurred in the Canaries before the current one, but it arose in an uninhabited area, which did not affect crops either, so it became in a show that reconciled the palm tree population with the volcanic nature of their island. “We had lost the perception of what it is to live in an active volcanic territory, and we were not aware that something like what we are suffering could occur. The Teneguía eruption was 50 years ago, and we had the memory of a ‘friendly volcano ‘, as it was called. But now we have not come across that, but rather with a volcano that has had, has and will have a very important impact on the palm tree society, which we did not expect, and which has affected many homes, means of life, jobs, infrastructures … “, he exposes to RTVE.es Claudia Rodriguez, Researcher at the Volcanological Institute of the Canary Islands (Involcan).

Now, to refer to this volcano that still has no name, the palm tree population uses terms like “Beast” or “Bug”. His furious wheezing can be heard even in the last corner of the Aridane Valley, a territory badly wounded by the rivers of fire that advance down the slope and flow into the Atlantic Ocean, where Los Guirres, that idyllic beach hidden among banana trees, have also been washed away. that will remain forever under thousands of tons of lava.

But the bleak breath of the volcano has spread to the rest of La Palma. The expelled ash, which does not stop falling from the sky like a rain of sand, has covered its entire surface, darkening this island before green and bright. They are the “Indianos de Negro”, as some inhabitants of the capital, Santa Cruz, have baptized it, in reference to their most popular festival, in which talcum powder is thrown at each other. Humor has always been one of the best allies to face misfortune, although there are those who have not been able to bear it anymore and have chosen to flee.

“Many palm trees have gone to other islands and even to the Peninsula, to the homes of relatives. Some have done it temporarily, but others will not return. Even within La Palma there are people who simply do not want to cross the Summit. the east side of the island and does not want to cross to the west side, where the volcano is located, because animal”, Tells RTVE.es Lourdes Labrador, president of the Red Cross in the eastern region of La Palma, who since the eruption began has accompanied the evacuees and provided them with psychological support.

“We have been living under a volcano for two months, with restrictions to go out on the street because of gases, because of the ash … The island is black right now … The water is affected in all areas,” continues this humanitarian worker, who believes that “until the eruption ends, the magnitude of destruction that exists will not really be seen, not only in houses, but in people, because many people are indirectly affected.” “Living under a volcano creates stress, and even if your house is fine, you can’t go outside, or the children can’t go to school because of the air quality … The problem is for the entire island, because it is affecting everyone’s normal life, not just ground zero, “he emphasizes.

Geologists trust that the signs of a decrease in sulfur dioxide, as well as the general tendency for seismicity to decrease, are the prelude to the end of the eruption, although they also do not overlook the unstable nature of this volcano, which makes it difficult any forecast. “We cannot claim victory yet, because this volcano is very treacherous. Suddenly you see him calm, and after five minutes you start to see a huge column of gases, and explosions … “, he describes Rosa Mateos, researcher at the Geological and Mining Institute of Spain, who takes advantage of a break in her field work within the exclusion zone to answer RTVE.es by phone. “What I have learned is that you cannot trust this volcano a hair, and that we are always one step behind. It gives us signals, and we are measuring them, but always behind. It is impossible for us to get ahead of it. “, keep going.

“Recently, I have spoken with a man from here on La Palma and he told me that they already had the name for this volcano, the Azorrado, referring to a zorro He is a person you cannot trust, very treacherous; and I thought I had defined it perfectly, “says Mateos.

The also geologist Claudia Rodriguez highlights that “with this volcano everything has been very fast, very changeable”, and recalls the speed at which the pre-eruptive phase occurred, when seismicity began in just one week and the eruption occurred. “It is a volcano that constantly surprises us and every day we are seeing a different volcano,” he explains.

With gofio and onion

A treacherous and capricious volcano that has already taken a part of the life of this island, while its inhabitants weather as best they can this eruption that already weighs too much on the minds of the palm trees, although not all equally. “Maybe those who are doing better are the older ones, because they are more used to hardships, to working the land, to getting ahead. To that ‘with gofio and onion we go everywhere’, which we say here. But the youth, and even the younger adult generations, are doing worse, “he says. Lourdes Labrador, from the Red Cross.

“Everyone remembered the Teneguía volcano as something beautiful, and at first they compared it and thought it would be the same. But it is not the same, not at all. Now it has swept away,” adds this psychologist, who predicts that “when the volcano stops and let us be aware of what lies ahead, we are going to need a lot of help, because this is going to be a work of many years “.