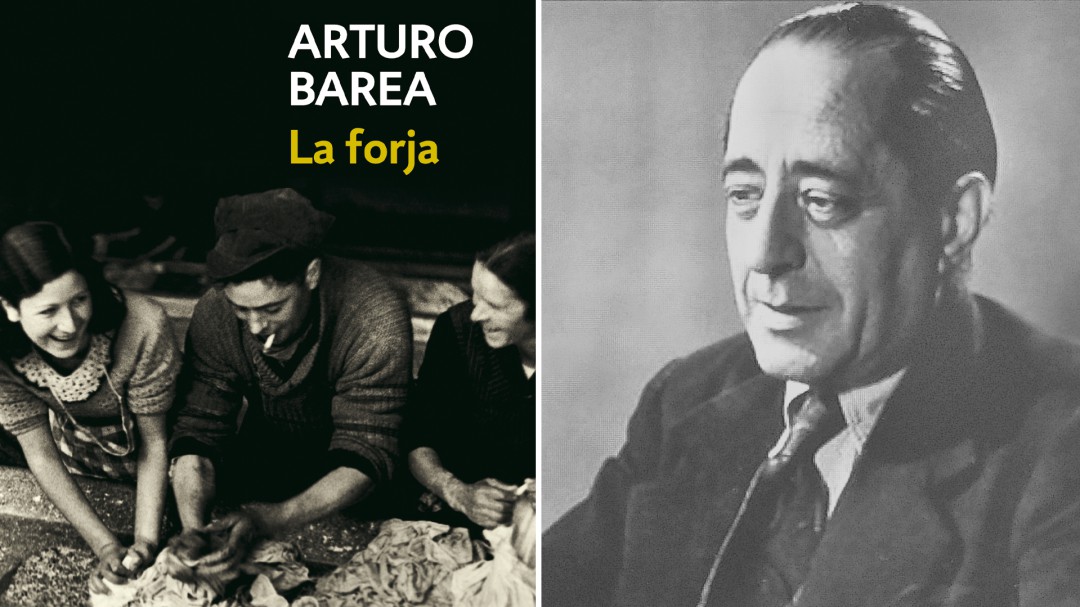 Arturo Barea was born in Badajoz in 1897 and died in Faringdon, England, in 1957. He was a self-taught writer with deep popular roots and a journalist. He is the author of the trilogy ‘The forge of a rebel’ and ‘The broken root’. His many unpublished writings were collected in the book ‘Palabras recobradas. Unpublished texts’. He is also the author of numerous short stories.

‘The forge’ it was published in 1941. It tells of the author’s childhood and maturity. It is an extraordinary novel, full of emotions, that describes Madrid at the beginning of the century like few others. The first part is like a painting of the world of Barea as a child, told with extraordinary detail and sensitivity.

Barea’s memories in the first decades of the 20th century

As Adolfo Torrecilla indicates, ‘The forging of a rebel’ It does not have a strictly romantic structure, as it is written like the author’s memoirs throughout a key period in the history of Spain: the first decades of the 20th century, the subsequent and traumatic war in Morocco, the radicalization of political life and and finally, the ax blow of the Civil War.

Although there is fiction in what is narrated, most of what is told are the personal experiences of Arturo Barea himself. Especially interesting, of great literary quality, is the first novel of the trilogy, ‘La forja’, an excellent recreation of his childhood, the life of Madrid, the environment of the towns, the difficulties and divisions of Spanish society. the professions, the diversions, the neighborhoods. ‘La forja’ recounts the life of the narrator until 1914.

Due to its traditional character, ‘La forja’ is very attractive. Barea emotionally remembers those events and in pages of great nostalgia and quality. The description of the tenement house where the mother lives resembles similar pages in the novels of Galdós or Pío Baroja.

At the same time, along with the traditional touch, family references, the intimate and torn relationship he has with his mother, the conventions that dominate his relationship with his uncles and his progressive withdrawal from religious life are also effective. When controversial issues are addressed, such as the situation of political life in those years or the presence of religious in education, the author highlights his socialist ideology.

The trilogy circulated clandestinely during the dictatorship

It is in England where Barea, now over 40 years old, is fully dedicated to literature and journalism. There the trilogy ‘The forge of a rebel’ ended in 1944, which had begun in France. It consists of three novels: ‘The forge’, ‘The route’ and ‘The flame’. It did not appear initially in Spanish but in English. It was published in London in three volumes between 1941 and 1946, Orwell said of it that it was “a Spanish masterpiece that illuminates an entire historical era”. Another critic said that the trilogy “is as essential to understanding 20th century Spain as reading Tolstoy is indispensable to understanding 19th century Russia.” The first version of the trilogy in Spanish did not come out until 1951, at the Losada publishing house in Buenos Aires. In Spain, the trilogy circulated clandestinely during the Franco dictatorship, but it was not published until 1977.

See also  If I have already been infected with ómicron, can I be reinfected? | The scientists respond | Science

‘The forge of a rebel’ continues to be one of the most valuable testimonies about the Civil War and its antecedents. This trait is due in large part to the hugely sincere attempt to explain the dramatic events of his time through his own life. It is not by chance that Barea initially thought to title the trilogy ‘The roots’. The honesty and frankness of the work explain why, 80 years after its publication, ‘La forja de un rebelde’ continues to be the most vivid version of the central conflict in the history of contemporary Spain.

Barea’s trilogy and subsequent publications with Faber & Faber benefited from the personal direction of the house’s most prestigious publisher, American-born poet and writer TS Eliot.

The play was an immediate hit with critics. It was printed again in 1943 and 1944. In that same year a special edition translated by Barea’s wife, Ilsa, was published. This version reappeared on the market in 1946. The three novels were published in 1946 in one volume with a new, better translation. It was hailed as a “masterpiece” and “invaluable contribution to our knowledge of modern Spain, as well as a book of enormous literary merit.” Bertram Wolfe called it “one of the great autobiographies of the 20th century.”