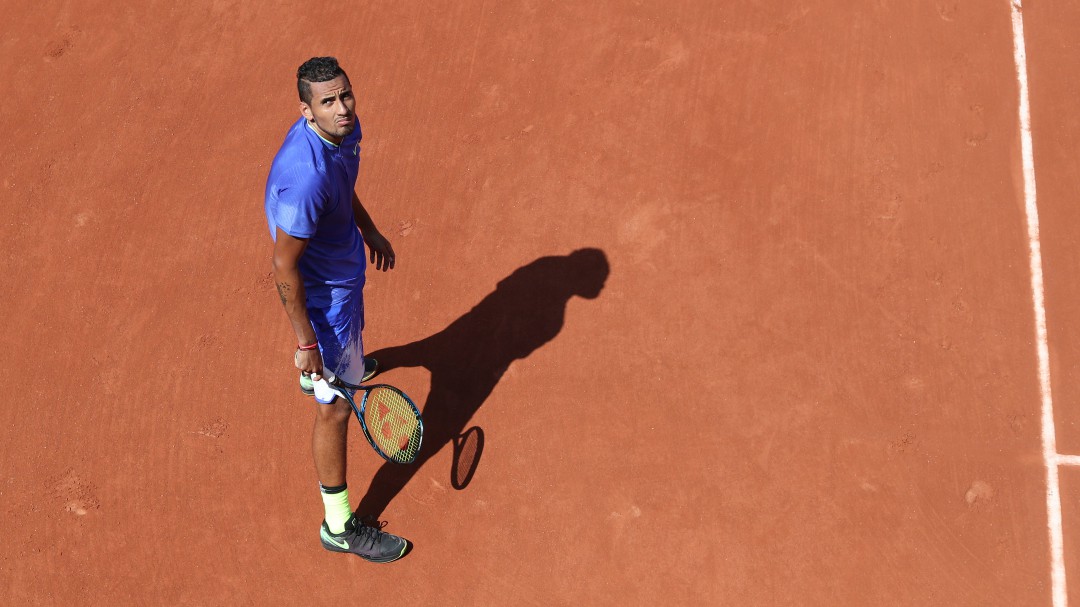 That Nick Kyrgios is one of the most controversial tennis players on the circuit is not new, however, it has returned to the news for some statements that the Australian has made on the podcast ‘No Boundaries’ and that the French medium ‘L’Equipe’ has collected since the athlete points directly to Roland Garros, the Grand Slam played in Paris. “Roland Garros should remove it from the calendar. It is the biggest Grand Slam garbage I have ever seen,” he explained. After showing his anger about the French tournament, Kyrgios stressed that at the Australian Open “the pressure is enormous” since “everyone expects a lot from you.” “In training, if I miss a ‘fuck’ I already have the media behind me … I can’t do anything. It’s brutal. I love Wimbledon. Even people who don’t follow tennis know about that tournament. It is the most prestigious, “he continued.

Also, the Australian has pointed out who is for him the best player in history. “Right now I would say that Federer is the most influential player. His game has been copied. On the circuit there are guys like Dimitrov who have literally copied his game. Buddy, find your own style! Nobody plays like Djokovic when people imitate him. Federer. I even imitate his serve at times. If Djokovic wins another Grand Slam, I think he will go ahead, “he said. “For me, Federer is the Michael Jordan of tennis. What he has achieved for the sport with the fans, with the children … Of the three, I think that the children admire Federer the most. And globally he is the one that most he has done to change the sport. His retirement will hurt tennis, for the sponsors and others. Without Federer, there will be no Djokovic and Nadal because they were chasing him, “added Kyrgios.

On COVID and the controversy that has generated seeing that several elite athletes do not want to be vaccinated, the tennis player has wanted to break a spear for them despite the fact that he has assured that he is vaccinated: “Kyrie Irving, Novak Djokovic … These guys They have given so much and sacrificed so much, and they are also athletes admired by millions of people. I think it is wrong to force one to get vaccinated. I already have two doses of the vaccine, but I cannot force anyone or tell them ‘You can’t play here because you’re not vaccinated. ‘” Kyrgios stressed that “there are other solutions, such as doing tests every day” for those who do not want to be vaccinated: “Tests from the United States have arrived in Australia that are 85% effective and you have the results.” Still, he stressed that the next Australian Open should not be held. “A message must be sent to Melbourne residents who have been confined for 275 days,” he added.

Among the advice he has given to all starting tennis players, he has highlighted perseverance over perfection: “You don’t have to look for perfection, you have to look for progress. Train every day to keep training. It’s simple, train, change your diet … You should not be in constant competition with others. The moment you compare yourself with others … If you can look in the mirror, you know that you are yourself and that you can be proud of it. many ways to be a professional tennis player, you are not forced to do like Federer, Nadal or Djokovic. I have beaten those guys my way. Whatever the sport or profession, you must believe and have confidence in yourself. Obviously you have You have to work hard, there are no shortcuts. “