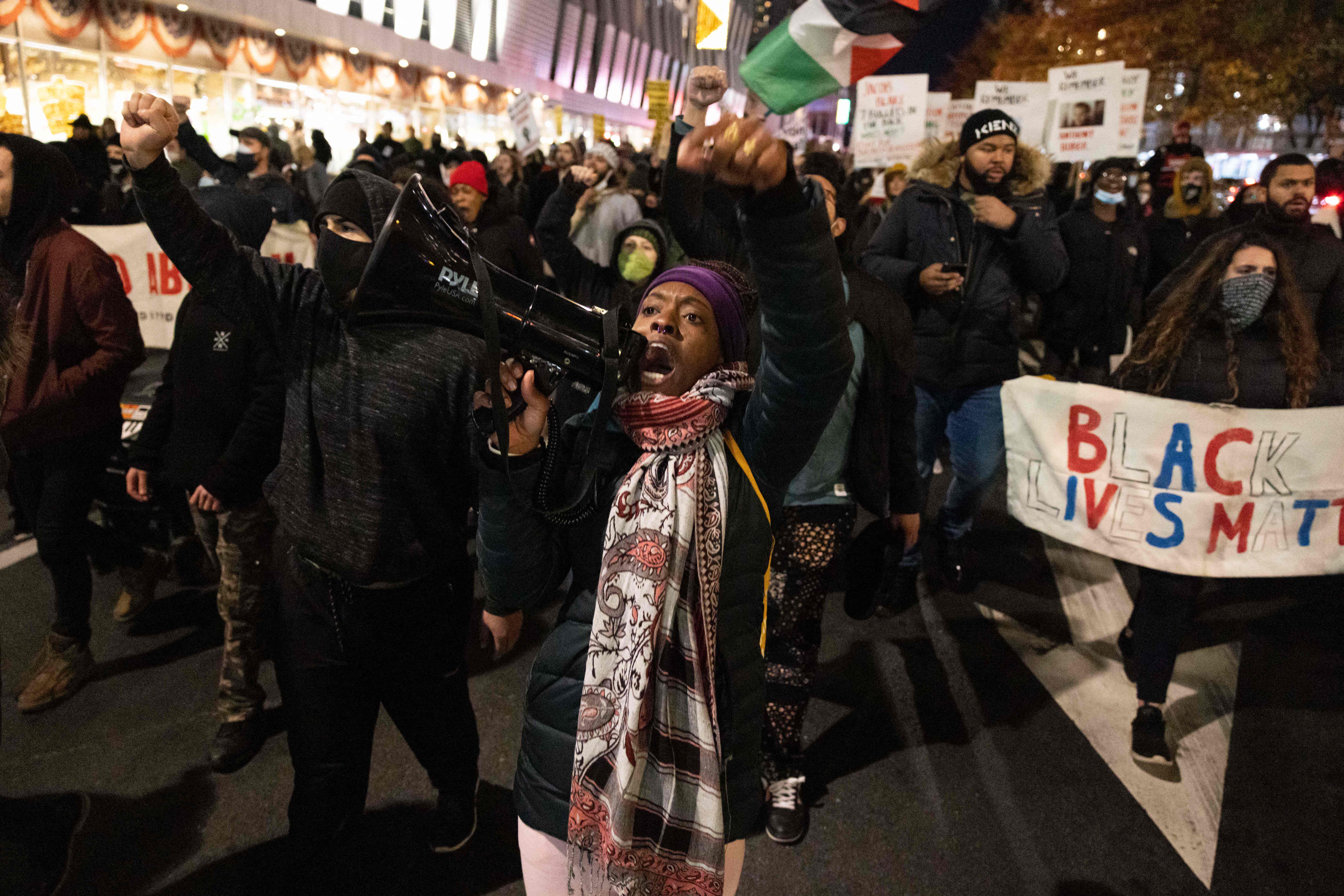 On Friday night, shortly after the acquittal of Kyle Rittenhouse, the young man tried for killing two people in the 2020 anti-racism protests, Donald Trump sent one of his emails with this message: “This trial has been no more than a radical left witch hunt. They want to punish law-abiding citizens, including a child, for doing nothing but following the law. ” Two controversial Republican congressmen, Madison Cawthorn and Matthew Gaetz, offered him an intern position on their team. And Fox, the conservative network par excellence in the United States, announced an interview, this Monday in prime time, with its star host, Tucker Carlson.

By the time the rallies against the ruling began in progressive cities like Chicago, New York or Portland, Rittenhouse had already become a symbol of the right. President Joe Biden tried to call for calm in a statement, despite admitting that the verdict left him “angry and concerned.” California Governor Gavin Newson warned that the jury had sent a message to “armed vigilantes” that “they can break the law, carry military weapons, kill people and get away.”

The case of Kyle Rittenhouse has fueled the political and social fracture of an already polarized country and can only be understood in the particular context of American society, where it is legal for groups of citizens to appear in armed disturbances up to the teeth because they consider that they should protect the merchants in their community; where it is not surprising that a 17-year-old has a rifle; where there are more weapons in private hands than inhabitants.

The trial of this young man who venerated the police since he was a child has not only put the United States in front of the demonstrations of that summer of 2020 and its violent derivative, but before the philosophy of an individual independent of the system, of the right to fight in a savage West. He has also raised questions about race, despite the fact that the dead and wounded from that shooting were white. The family of one of the deceased, Anthony Huber, sued the city of Kenosha for conspiring with armed militias and allowing their violent actions. “If Kyle Rittenhouse had been black, he would have acted very differently,” the indictment raised.

On August 25, 2020, Kenosha (Wisconsin) suffered the third consecutive day of riots due to the shooting in the back by a police officer against Jacob Blake, an African American who resisted arrest and got into his car, where there was a knife . In the heat of wave of mobilizations for the death of George Floyd, the case provoked in the city peaceful demonstrations, but also serious acts of vandalism.

Some militias – groups of armed civilian citizens – decided to intervene. “The police are outnumbered and our mayor has failed. Let’s take up arms and defend our city! ”Wrote one of the groups, Kenosha Guard, on social media. And Rittenhouse, who was 17 at the time, chose to travel from his home in Antioch, a city in the state of Illinois just over 30 kilometers away, with an AR-15 (an assault rifle) on his back to lend a hand.

In some videotaped daylight images, he can be seen helping to clean up graffiti. In those at night, he is seen standing up to the activists. Two of them – Joseph Rosenbaum, 36, and Anthony Huber, 26, both unarmed – chased him down. He shot and killed them. The third, Gaige Grosskreutz, claimed that he pulled out a pistol because he feared Rittenhouse was a gunman but raised his arms when he saw his shots. He hit him in the arm.

The defense used the argument of self-defense, convinced the jury that the young man had really feared for his life in those circumstances and that he had received prior threats from at least one of the deceased. And, in those circumstances, a citizen has the right to use force to resist, even deadly force. The Prosecutor’s Office was not able to demonstrate that Rittenhouse was not, nor could he feel, exposed to a real danger, nor to treat him as an instigator of violence. The prosecution did not even get him convicted of possession of the rifle, despite being a minor. The judge, Bruce Schroeder, dropped the charge shortly before the end of the trial because the length of the weapon was shorter than the limit and it had not been purchased by Rittenhouse himself, but by a friend of his of legal age.

The writer JD Vance, a candidate for the Senate from Ohio, was one of the first to come out in his defense: “We left our kids without parents. We let the wolves set their communities on fire and when nature tells them to go and defend what no one else is defending, we put the full weight of the state and global monopolists on them, “he said on his Twitter account.

A moment of judgment serves to summarize the essence of this drama. After the shooting that night, Rittenhouse walked to a police patrol with arms raised to turn himself in, but was told by officers to move away. The uniformed Pep Moretti explained that he did not interpret by the gesture of the boy that he was the gunman and surrendered. James Kraus, the prosecutor, asked Moretti: “Didn’t seeing someone with an AR-15 mean much to you at that point?” And the agent replied: “No, at that time of night, no.”