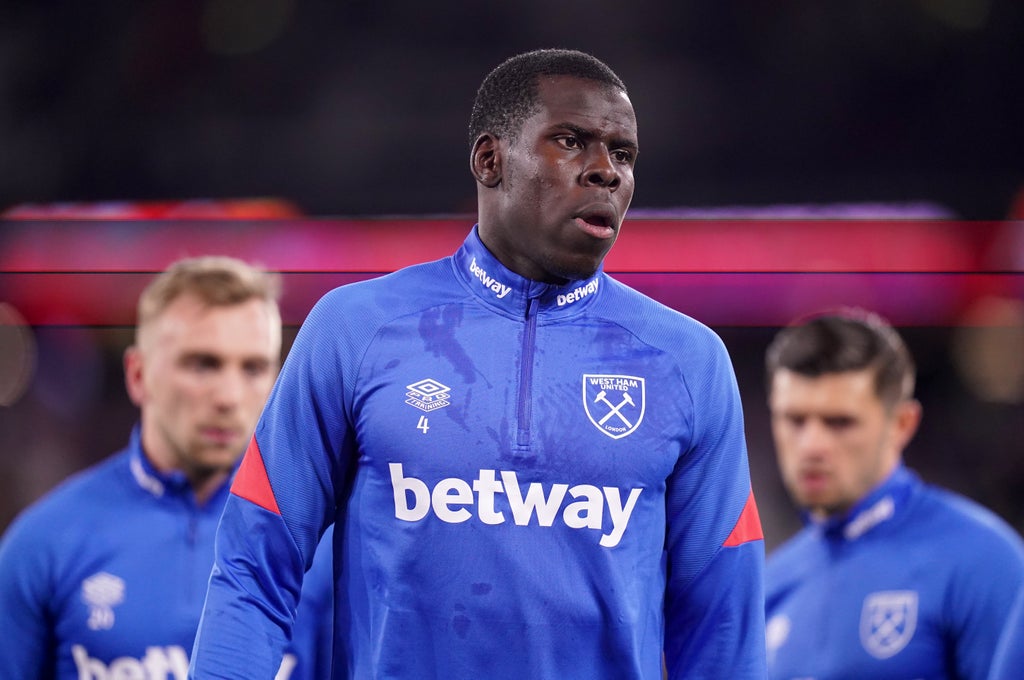 Footballer Kurt Zouma’s cats have been seized by the RSPCA amid a growing backlash from his club, fans, sponsors and animal lovers over footage of him slapping and kicking one of his pets.

The RSPCA and Essex Police said they were conducting “urgent enquiries” after the French defender was filmed dropping, kicking and slapping the cat in his kitchen, in footage that prompted uproar.

Vitality suspended its sponsorship of West Ham as official wellness partner, and Experience Kissimmee said it would be evaluating its relationship and sponsorship with the club in the wake of Zouma still being selected for Tuesday’s Premier League victory against Watford.

West Ham manager David Moyes came under fire for playing Zouma on Tuesday – when he was relentlessly booed. But as the outcry snowballed, the club on Wednesday fined him two weeks’ wages, understood to be about £250,000, which is due to be donated to animal welfare charities.

Heineken UK, the club’s beer sponsor, said it was appalled by the contents of the video and welcomed the action the club was taking.

Some animal lovers demanded West Ham ax Zouma, with a petition calling for his sacking attracting 40,000 signatures. There have also been calls for betting firm Betway to end its sponsorship of West Ham shirts.

The 27-year-old player could face up to four years in prison in his native France after lawyers for the country’s largest animal rights group, La Fondation 30 Millions d’Amis, filed a complaint with prosecutors.

Under new animal-protection laws in France, mistreating animals is punishable by up to four years’ jail and a fine of £50,000. The organization also asked for him to be suspended from the French national team.

The West Ham United Supporters’ Trust called for Zouma to face the same punishment as anyone else would do, suggesting he spend time with the RSPCA to “see the consequences of his own actions”.

The club said the player, who had apologized after the footage was published, was “extremely remorseful”.

Mr Packham told Radio 4’s Today: “I think if the footballer had released on social media a film of him taking drugs, or beating his wife or his girlfriend or his children, there is no way he would have been on the pitch.

“These footballers are now role models to millions of people so in a way they set public standards and what David Moyes showed was that he had no regard for people’s opinion of public standards when it came to animal welfare.”

He added: “This was something that they felt, I presume, they could get away with it because it was a man kicking and a defenceless, fragile animal. And that’s not something that we tolerate here in the UK and we shouldn’t tolerate it anywhere in the world, and David Moyes and West Ham United last night appeared to sanction that behaviour.”

Mr Khan told Sky News: “I worry when young people see Premier League footballers getting away with bad behaviour, or prime ministers or anyone else and thinks it’s OK and you can be successful – and that’s why it’s really important for leaders and role models and , whether you’re a footballer or the mayor or, you know journalists, we’re role models, and we should lead by example.”

The RSPCA said: “We’d like to reassure people that we’re investigating and the cats are safe and in our care.

“We have been dealing with this since before the clip went viral online and we need to follow the proper legal process and not discuss due to UK GDPR laws.”