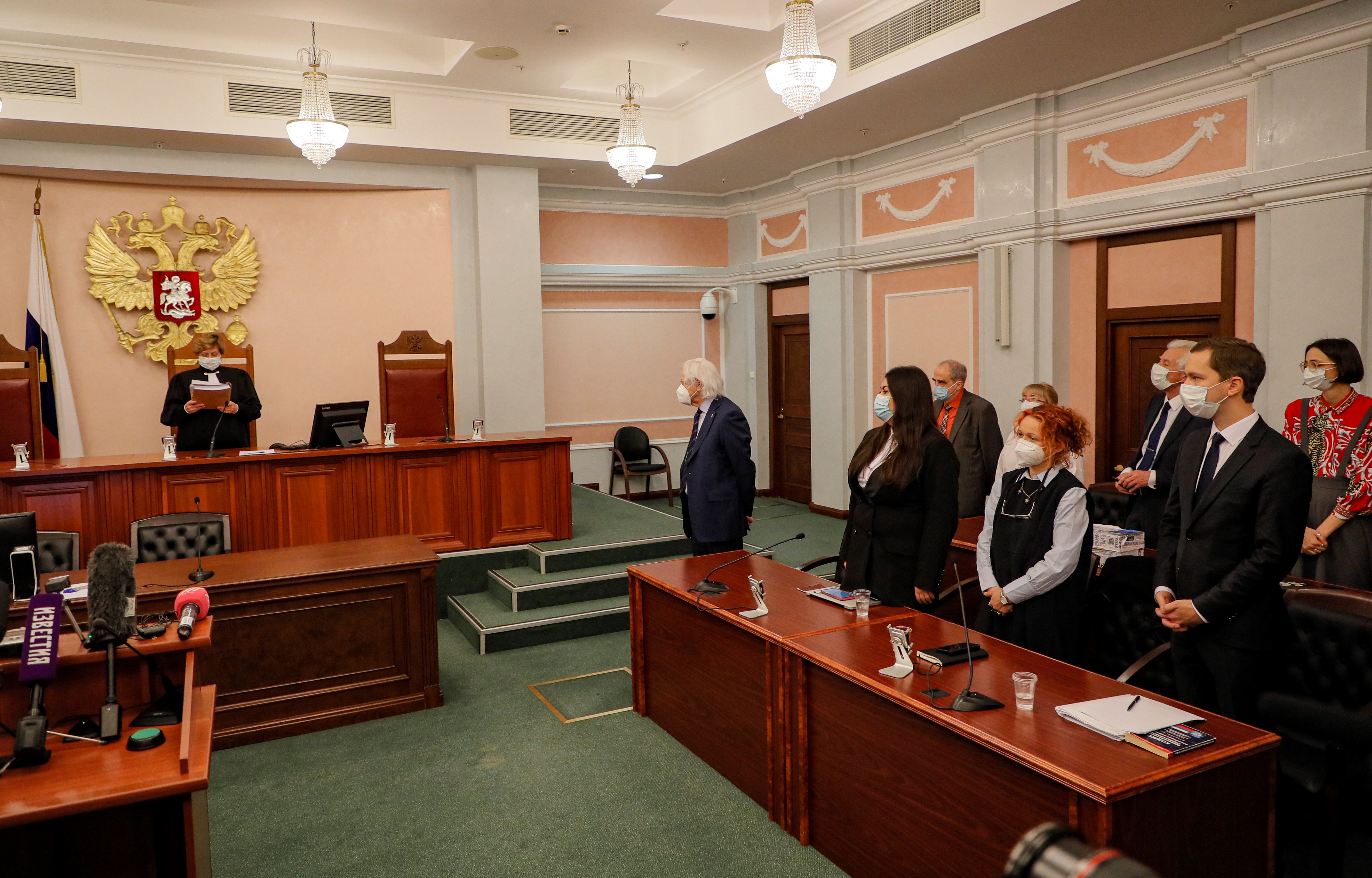 The Kremlin has liquidated the organization that dared to denounce Soviet terror, 30 years after the dissolution of the Soviet Union. The Supreme Court, with the support of the Ministry of Justice and the Attorney General’s Office, has ordered the closure of Memorial International, the foundation that supports several organizations that since 1989 have investigated the crimes of Soviet repression and modern Russia, from the 1937 purges to the Chechen wars and current human rights violations.

Mikhail Gorbachev announced the end of the USSR on December 25, 1991. Three decades later, three different trials have hit the NGO. On Monday 27, its historian Yuri Dmitriev (65 years old), discoverer of Stalin’s mass mass graves, was sentenced to 15 years in prison on the charge of pedophilia, the same charge that historian Sergei Koltyrin died of cancer in prison; This Tuesday, the 28th, the end of Memorial International was ruled, and on Wednesday, the 28th, its Moscow subsidiary awaits its turn, which watches over the defense of human rights today.

Memorial International, declared a foreign agent by the authorities in 2016, has been condemned for not constantly highlighting this label on every page, in every social network publication, in every mere mention of its work. “I have the foreign agent on my business card. Sometimes people recognize me on the street, do I also have to put it on my clothes? month hundreds of people who have supported the NGO in front of the court.

The lawyers have criticized during the process the sudden changes of criteria of the authorities to seek the closure of the organization. “At first it just needed to be tagged the portal. Suddenly, although there were no complaints before, it turned out that it was necessary to tag social networks. Now they tell us to tag every post? How can the interpretation of the law change every year? ”Tatiana Glushkova, one of her lawyers, lamented on the last day of the trial. Another of her lawyers, María Eismont, classified the charges as absurd: “Memorial has been fighting for decades to open files and has been accused of hiding information.”

The Prosecutor’s Office insisted on the “unwillingness” of the NGO to label its publications, despite the fact that each notification was corrected. In addition, he appealed to children and patriotism: “What is the benefit for children? Do we need those history lessons? Why should we, the descendants of the victors, feel ashamed instead of being proud of a glorious past? Probably, someone will pay Memorial for this, “said one of the representatives of the prosecution, to which the foundation’s lawyers responded forcefully:” On the Memorial website there are huge posters with the sponsors of the projects, and our resources they show numerous materials on the Soviet repression against children ”.

The decision ends the lifelong project of many volunteers. “The liquidation is a symbolic event, the foundation has had an important role since perestroika, where a trend towards democracy began,” Oleg Orlov, head of the Memorial Human Rights Center, a subsidiary that has not only been accused, told this newspaper. of breaking the law of foreign agents, but also of “promoting terrorism and extremism” by supporting various Islamic fundamentalist movements and Jehovah’s Witnesses. “It will be very difficult to continue because the international organization unites all the others and has the headquarters where we keep the documents. International Memorial closed, it will be very difficult to work, ”added Orlov.

Another of his organizations watches over the rights of immigrants. Its board of directors, the candidate for the Nobel Peace Prize Svetlana Gánnushkina, told this newspaper that they do not plan to surrender. “Liquidating Memorial means that many people will have no one to turn to if their rights are violated. The society I deal with receives about 60 people a week, and we try to help them. This site will be closed, but liquidating Memorial is impossible. Memorial is not just a site, and we will continue to do what we do. “

The samples of support have been ample inside and outside the country. The journalist and opponent Vladimir Kara-Murza, a victim of two poisonings, attended the trial to support the NGO. “There is a Memorial, there are the arrests of Navalni, Oleh Sentsov … The international reaction is very important because it will remind the authorities that what they do does not go unnoticed,” he remarked to this newspaper in front of the court.

The leader of the opposition Yabloko party, Nicholas Rybakov, also denounced that the attorney general “could not promote this trial without a decision from above”, and warned of the dangerous path that Russia is taking “by setting a precedent” with an NGO the size of Memorial : “Without a doubt it is not a trial of Memorial, it is a trial of our history, and a trial of our future because a future of Russia without Memorial is a black future.”

Outside the country, the ambassadors of the EU member countries have received several representatives of Memorial this last month, and previously the US Secretary of State, Anthony Blinken, and the high representative of European diplomacy, Josep Borrell, urged the Russian authorities not to close the foundation and stop putting pressure on independent organizations.

The liquidation of Memorial coincides with a legal crackdown by the Government to impose a monolithic version of the national past. Vladimir Putin, who on July 12 launched himself as a historian with a long article entitled On the historical unity of Ukrainians and Russians, ordered in August the creation of the “intergovernmental commission on historical education”, whose purpose is to unify education in this field to “prevent attempts to falsify history” and analyze the activities of foreign organizations that “harm the national interests of Russia in the historical field ”. Also, Putin signed a law in the summer making it a crime to make comparisons between the USSR and Nazi Germany in World War II, including the Molotov-Ribbentrop Pact. This agreement, the secret clauses of which were recognized by the Soviet authorities in 1989, came to be condemned as “immoral” by Putin in a letter sent to the Polish government in 2009.

The gestation of Memorial began in Moscow in the summer of 1987, to the beat of the loudness (transparency, in Russian) decreed by Mikhail Gorbachev. A small tribute to the victims of Soviet repression began to gather hundreds of people, and in January 1989 it was formed as an organization with notable founders such as Andrei Sakharov and the notable absence of the gulag chronicler, Aleksandr Solzhenitsyn, “who was still in He went into exile and felt that he could not fully participate in Memorial’s work, ”according to the foundation.

This past October 18, Putin celebrated the 25th anniversary of the House of the Russian Diaspora Abroad, founded by Solzhenitsyn. The writer, who died in 2008, would never imagine the turn taken by the president in the last decade, whose government “contrasted positively with the Gorbachev and Yeltsin years,” according to what he told US Ambassador William Burns in a conversation leaked by WikiLeaks.