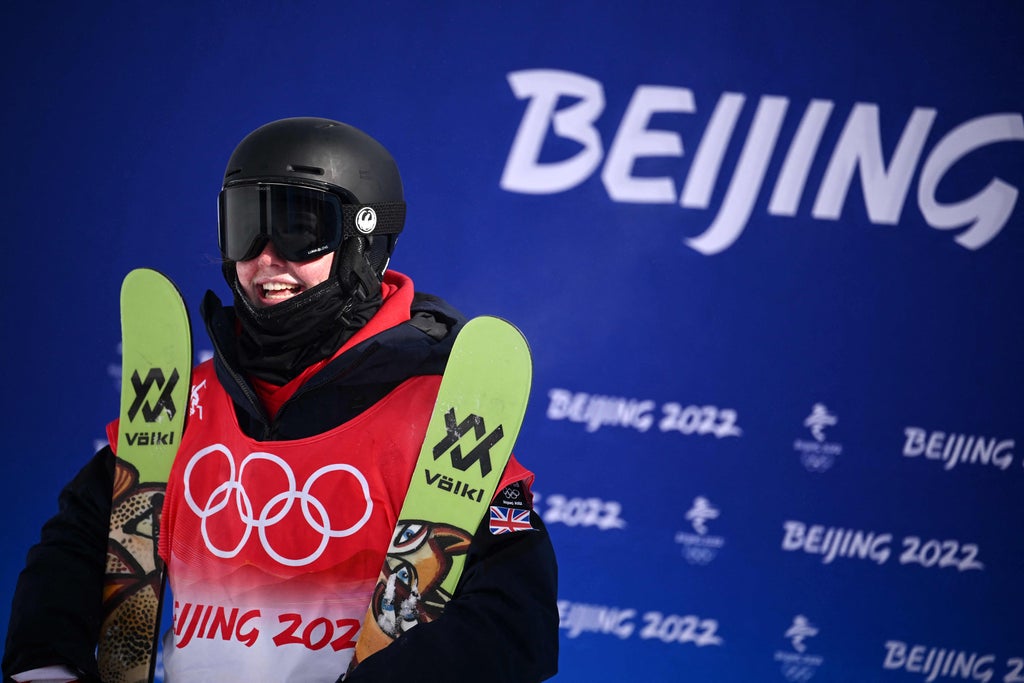 Kirsty Muir dropped in to another Olympic final with her favorite Arctic Monkeys song ringing in her headphones.

And the lyrics ‘The middle of an adventure, such a perfect place to start’ never seemed more appropriate.

These have been a tough Games for Team GB, medals have been a bit like the snow – distinctly short in supply.

Indeed with five days of competition to come the scorers have yet to be troubled, raising the prospect of a first Olympics without a medal in three decades … no pressure then Bruce Mouat in the men’s curling.

That inquest will start soon enough but there is no doubt that Muir will survive unscathed, the undisputed breakthrough act of Team GB’s Beijing travellers.

Freestyle skier Muir will be back to school next week but admits she’s learned some big lessons from her debut Olympic experience, as Team GB’s youngest member, aged just 17, followed her fifth place in the Big Air with an eighth in the women’s slopestyle.

Muir’s silver medal at the Youth Olympics in Lausanne two years ago underlined her potential, this was an impressive big stage graduation.

“I was happy to make another ending but the overall feeling is probably still disappointment,” she said.

“The girls up there have smashed it but I really hoped I could be in the running too.

“I’ve learned a lot and I’ve got a lot to work on, this sport is moving at such a fast rate and that gives me the motivation to keep training hard.”

With her millions of followers on social media, China’s Eileen Gu, who scored slopestyle silver to add to Big Air gold, is helping to raise the profile of the sport.

Muir was again the youngest in this Olympic final but Gu is just a few months older – and will be the one to chase as the Olympic countdown resets to Milano-Cortina in four years’ time.

“I think we can definitely get some more people just seeing our sport and getting involved,” said Muir. “I really hope some young people can get involved with it, I hope this maybe inspired them.”

Muir expects she’ll be back at Bucksburn Academy, where she is studying her Highers, next week.

From flying high at the Olympics, and being tweeted on social media by Judy Murray, it’ll be back to earth with a bump.

“This is my last year in school and I’m thinking I might take a gap year to focus on my skiing, we’ll just see.”

“I thought that I could get on that podium,” she admitted.

“But the thing that has changed for me is just that I had so much fun, it was a different kind of vibe for me. I wanted to go out and enjoy myself and I feel like I did that.

“The past two Olympics I’ve been in tears at the bottom and I’m absolutely cheesin’ now, so I’m really happy.”

Summerhayes, now 26, knows what it’s like to be dubbed the ‘next big thing’ after becoming the youngest British woman to win a World Cup skiing medal aged 19.

But she’s no doubt Muir has what it takes.

“She can definitely be up there on the podium,” she added. “She just needs to keep training and keep enjoying it. She knows exactly what she needs to do.”