Skip to content
Home News Kim Kardashian and Pete Davidson: A timeline of their relationship 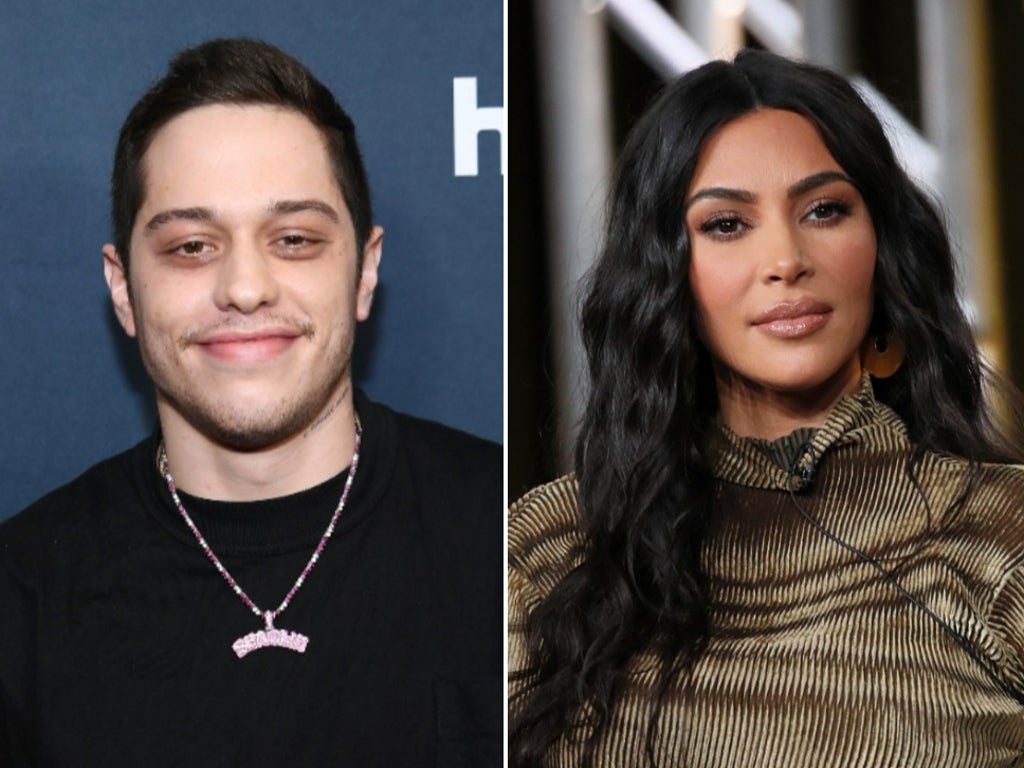 It’s been a wild few months for Kim Kardashian and Pete Davidson. Hot off the heels of her sister, Kourtney, getting engaged to Travis Barker in October last year, Kim and Pete were spotted on some of their first “dates”.

After meeting – and sharing a kiss – on the set of Saturday night Live In October, the pair have been spotted together several times, including at an amusement park, in the car, and they’ve also been pictured holidaying together in the Bahamas.

Now, the pair appear to have made things official, after Davidson referred to Kardashian as his “girlfriend” publicly for the first time.

It’s not the first high-profile relationship for either of them. Kardashian, 41, married Kanye West in May 2014 but filed for divorce in February this year.

Davidson, 28, has also had a spate of well-publicized relationships, having been engaged to Ariana Grande for a few months in 2018, as well as being seen with Kate Beckinsale, Kaia Gerber, Margaret Qualley and, most recently, with Bridgerton star Phoebe Dynevor.

So what exactly has transpired in the Kardashian-Davidson love fest so far? Read on for a timeline of the pair’s relationship.

January 31, 2019: Kardashian and Davidson meet for the first time

The first known meeting between the pair was on January 31, 2019 when Kardashian and West attended Kid Cudi’s birthday; Davidson was also in attendance along with Timothée Chalamet.

Davidson later spoke of the meeting on Jimmy Fallon’s talk show where he said that he “got stuck paying the bill.”

Kardashian hosted SNL on 9 October this year where she spent time with Davidson, a long-time cast member of the show.

In one of the sketches, Kardashian played Jasmine and Davidson played Aladdin and the pair shared an on-screen kiss.

In pictures obtained by People, Davidson and Kardashian are seen holding hands while going on a ride at Knott’s Scary Farm in Buena Park, California. The outing was a family affair as they were joined by Kourtney and Barker.

These images sparked rumors that the pair were dating, and social media was alight with memes about the pair’s relationship.

In early November, Kardashian reportedly flew out to New York, where Davidson lives, and the pair went on a rooftop date at a restaurant in Staten Island.

The next day, they reportedly went on another date in Manhattan and were joined by mutual friends.

On 5 November, Kardashian’s former husband unfollowed her on Instagram. A source told U.S. Weekly that West is “not happy” about her relationship with Davidson and is “trying to stay upbeat and move on with his life.”

Appearing on Late Night with Seth MeyersDavidson jokes about his relationship with Kardashian.

“I want to address something,” Meyers said. “I feel like I want to confirm if it’s real or a rumour. This is something you’ve been reading a lot about in the press…we appreciate you doing it here.”

Davidson responded, trolling everyone: “I’ve been wanting to talk about this because there’s a lot of people I walk by, people are, like, whispering and making eyes at me. But it is true…I do have a show on Tubi coming out. The Tubi. A lot of people are shocked that I could get on a show like Tubi…but it’s a real thing.”

Davidson spends his 28th birthday with Kardashian, posting a picture of them alongside Flavor Flav and Kris Jenner on Instagram. He captions the image: “FLAVA FLAVVVVVVV.”

In images obtained by the Daily Mail, Davidson and Kardashian are seen holding hands while out in Palm Springs, California. In the images, Davidson is wearing pajama bottoms from Kardashian’s SKIMS label.

In an interview on Thursday’s episode of the podcast Honestly With Bari Weiss, Kardashian was asked to name her favorite SNL castmember.

The 41-year-old reality star laughed and called the question a “setup.”

December 18, 2021: Kardashian and Davidson are spotted on a date night

The pair were joined by Kourtney Kardashian’s ex, Scott Disick, while on a date night in Staten Island on Saturday night.

The trio went to see the new Spider-Man film, Spider-Man: No Way Home after Davidson had an evening off his SNL duties. The show previously announced it was slimming down its cast and crew for its final taping of the year after a spike in Covid-19 cases in New York.

According to HollywoodLifeKardashian has taken the relationship to the next level by introducing Davidson to her four children, eight-year-old North, six-year-old Saint, three-year-old Chicago and two-year-old Psalm.

The publication quoted a source as saying that the reality TV star introduced Davidson as “mommy’s friend” and she thought it was “really cute… that he tried to make her kids laugh and smile”.

January 5, 2022: Kardashian and Davidson seen together in the Bahamas

Kardashian and Davidson have been pictured together holidaying in the Bahamas, People magazine reported.

In the photographs, Davidson wears a beige sweatshirt and shorts under a navy jacket, accessorized with a Louis Vuitton backpack and socks and sandals. Kardashian wears black jeans and a black cut-out top with a plunging neckline, along with sunglasses and a fuzzy clutch.

It comes after the magazine quoted a source as saying the pair have been “really cuddly and affectionate with each other”.

On New Year’s Eve, Davidson appeared in a special performance alongside Miley Cyrus for an NBC special. While promoting the live show on The Tonight Show Starring Jimmy Fallon Earlier in December, Cyrus jokingly sang to Davidson: “All I know is that it should have been me. Pete, how did you do this to me?

Fans noticed that Kardashian appeared to unfollow Cyrus on Instagram after the New Year’s Eve show.

February 7, 2022: Davidson calls Kardashian his ‘girlfriend’ for the first time

It’s official: Kardashian is Davidson’s “girlfriend”, the comedian confirmed in an interview with People (The TV Show!).

the SNL star, who had a candle with a photograph of Kardashian on it in his bedroom, told the show that his life hasn’t changed that much since he stepped into the spotlight as rumors around him and Kardashian’s relationship grew.

He said: “I don’t have Instagram or Twitter or any of that stuff. So most of my daily life is getting into cars and showing up to a set.”

“Or, if I’m off, I just either hand with my friends or chill with my girlfriend inside. So I don’t do much,” he added, referring to Kardashian.