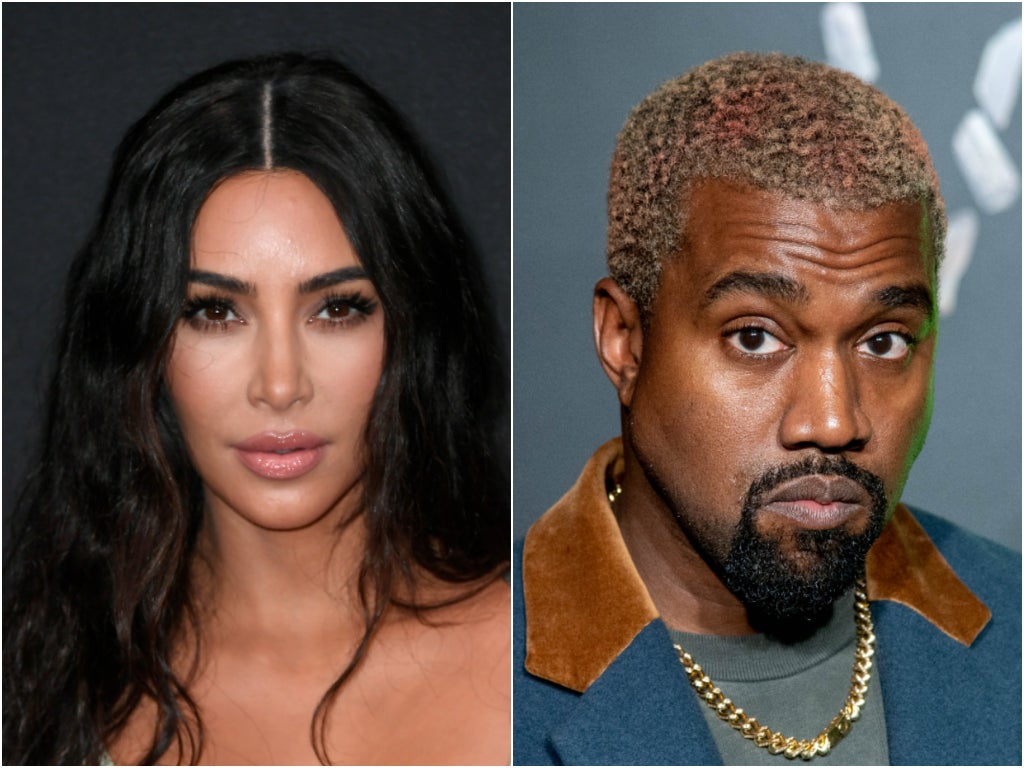 The divorce between celebrity couple Kim Kardashian West and Kanye West — who recently changed his legal name to Ye — has taken an ugly turn recently, with the rapper airing his grievances about custody and childrearing on Instagram, only to later delete them. The couple are parents to four children: North, 8, Saint, 6, Chicago, 4, and Psalm, 2. They married in a lavish May 2014 ceremony in Florence, Italy; Kardashian West filed for divorce in February 2021.

For her part, Kardashian West has been putting on a much more friendly show when discussing the divorce and her family situation. The reality star told fashion in a March cover story, “For so long, I did what made other people happy. And I think in the last two years I decided, I’m going to make myself happy. And that feels really good. And even if that created changes and caused my divorce, I think it’s important to be honest with yourself about what really makes you happy. I’ve chosen myself. I think it’s okay to choose you.”

As the child of divorced parents, my heart goes out to all of them — especially North, who was at the center of some of her father’s posts, in which he expressed anger about the child’s TikTok postings, which are posted on an account supervised by an adult.

My situation is very different from that of these kids — my parents aren’t world-famous billionaires, and they separated when I was two and divorced when I was four, in the late 70s, long before social media existed. I don’t even remember a time when we all lived together. But I do know what it’s like to have to split my time between parents who struggled to tolerate each other, and I hope for the sake of the Wests’ children that they can contain any future antagonism privately.

I’m not sure how old I was when I realized my parents’ relationship was different than those of kids with married parents, but by the time I was a pre-teen, I definitely knew my parents didn’t get along. Nevertheless, they did their best to be civil to each other around me. There was a point in my childhood when my mom, who had primary custody, could have temporarily halted my dad’s Sunday visits with me due to unpaid child support, but she never did. They did their best to keep their problems with each other out of my orbit.

But kids are smart; they pick up on social cues and moods. I’m a highly sensitive person, and I could tell by undercurrents in tones and raised or hushed voices what was going on beneath the surface. When I think about the Wests’ divorce, I wonder how much the kids understand. Even if their parents don’t directly tell them what’s happening, they may overhear news about it from classmates or family members or on the news or online. There were many times in my childhood when I felt like I was the cause of my parents’ arguing, because if they hadn’t had me, their divorce would have been a much neater separation, with each of them moving on with their lives. I’d never wish that feeling on another kid.

There’s no way to shield children entirely from the fallout of a divorce. The Wests’ older kids are surely aware that at one point their mom and dad lived together, and now they don’t. If they truly want what’s best for their offspring, I would urge Kim and Ye to put aside their grievances with each other, or keep those handled between lawyers, and be courteous to each other in front of their kids as well as in the press and on-line. If they get into a further ugly battle of he said/she said in the media, that’s going to trickle down eventually to their children and could color how their kids view them down the road.

See also  Which? estimates Scots will spend an extra £21 per week on energy bills and food next month

At eight, North West is old enough to likely be aware of what her parents are saying about each other. While the phrase “conscious uncoupling,” popularized by Gwyneth Paltrow and Chris Martin, was widely mocked, I think this divorcing couple would do well to follow that model. Kids can learn from divorce that just because a relationship doesn’t work, both parties can still be loving parents and happy adults. But they can also learn about the darker side of humanity and how selfishness can overtake common sense. Ye’s deleting his irate Instagram posts is a positive first step.

Ultimately, their parents’ happiness is going to be what the Kardashian-West children remember, not who was “right” about any particular issue or incident. Ye posted photos from the fashion story of his estranged wife and their children on Instagram on Wednesday with the caption: “GOD PLEASE BRING OUR FAMILY BACK TOGETHER.” Whether or not their divorce proceeds, I hope that all six of them, parents and children, can find a way to get along and minimize the effects of the divorce on children who, regardless of their last name or their parents’ fame or wealth, deserve to have a carefree childhood.