Skip to content
Home News Kiev, the city of resilience and courage


Ukraine is a country that has a great space in my heart. Kiev has been my home, my mother’s, my grandmother’s and my brothers’. And it is heartbreaking and incomprehensible to see how the city where I was born and where my family lives is being attacked by Russia under the pretext of a need to protect the population.

As I write this in the middle of the night, the Russian army is still shelling the capital and other cities across the country, and I can’t help but think about how my family, friends and acquaintances will be spending the night.

My grandmother Zinaida M., 84, has been locked up in her house in Kiev since day one. Just a few hours ago she explained to me on the phone that when they ring air raid alarm sirenshides with my older sister in the bathroom for several hours because they have difficulty going up and down the stairs that lead to the only basement in their building, where they have nowhere to sit and nowhere to sleep.

“This is being a nightmare, it is very difficult to fall asleep like this. We hear explosions at all hours and wonder if they are nearby. We try to keep the lights off because they have recommended it to us. But I am hopeful that we will endure it,” my grandmother told me. I imagine the scene and the sadness that makes me hear her words is indescribable.

From Spain, I am constantly in contact with her, living from a distance with the fear and anguish that on the next call they will have bad news or that they will not answer the phone. Like her, there are many Ukrainians who have not been able to leave the city and they have barricaded themselves in their homes, in basements and underground shelters or in the subway. Right now, they can’t even go out to buy food because of the curfew.

See also  Graffiti and excrement: the attack on an organization for the rights of LGTBI migrants | Radio Madrid

I feel helpless for not being able to help my babushka but, at the same time, I admire his strength and courage, the same that I see in all the Ukrainians who today resist with dignity in Kiev the attacks of the Russian troops. They are the real victims of this war, an unwarranted and deliberate offensive against innocent people that means the denial of all vestiges of humanity and civilization.

Given the barrage of news and information about the conflict, it is important reflect on the human factor and do not forget that it is not just a war between two countries with different interests. Is about families who want peace, security and a country where their children can decide their own future. People who had a history and a life project that, suddenly, have been taken away from them.

It is important to know how Ukrainians see their world and what their life was like before the invasion. The propaganda discourse of the Kremlin calls Kiev fascist and neo-Nazi, and maintains that the Russian-speaking population is being abused by the government. An argument that contrasts with the experience of my relatives and the testimonies of the people with whom I have spoken. The capital is a reflection of a Ukraine where, unlike Russia, there is freedom of expression and citizens can choose their government democratically, without being afraid to speak their minds.

“We don’t need them to save us or come to give us freedom lessons, this is our home and we want them to leave us alone. I don’t feel that threat and I do not want to live in a territory occupied or controlled by Russiaas the inhabitants of eastern Ukraine have had to do in recent years”, Mariya S., a Ukrainian and Russian-speaker who is hiding in a town on the outskirts of Kiev with her eight-year-old daughter, told me last night.

See also  Ahead of House vote – why can't the US bring itself to legalize marijuana?

The true face of Kiev

My parents I was brought from the Ukraine to Spain when I was two years old. But Kiev is a city that I have known well since I was little, where I spent almost every summer of my childhood, and to which, as an adult, I decided to return for several years, working as a journalist.

Being a mixed-race Ukrainian from a Russian-speaking family, I have never perceived any racist or fascist behavior. Of the Ukrainians I can highlight their humility, their resilience and a strong sense of loyalty and responsibility towards theirs. They have shown great strength despite the country’s turbulent past, from famines like the Holodomor to conflicts like the Nazi invasion during World War II. Although they have a common history with Russia, it can be seen that the new generations want to fight for a different country.

“Russians can have their own rules and worldview and we will respect that. However, no one has asked them how we should live in our country today, nor do they need to remind us of our history. We are not sister Slavic nations as long as they continue to believe that it is right to come to our homeland and seize a part of our territory“, Lina L., originally from Krivoy Rog, in the Ukrainian province of Dnipropetrovsk, explains to me.

Kiev is a modern, innovative city and with a European lifestyle, which has experienced great development in recent years. Until a few days ago it was full of life, with young, educated and highly educated people who speak Ukrainian, Russian and English.

The city lives up to its history and preserves important museums and architectural relics from the Soviet era, as well as cultural and artistic spaces where numerous samples of Russian culture can be found.

On the other hand, many foreign students and workers have migrated to Kiev in recent years, attracted by its high level of education and the ease of access to job opportunities in startups in the technology (IT) sector that have opened offices there (mainly North American businesses). and Europe).

The Russian-initiated invasion has turned the capital into the battlefield of Europe’s biggest conflict of the 21st century. Thousands of people have been forced to leave the city and also the country, fleeing to areas bordering with countries of the European Union.

When the attacks began on February 24, my brother Ricardo, 22 years old and living in Kiev, was also in Ukraine, although he had moved to the west of the country. Given the worsening of the situation, he decided to cross the border with Romania on foot, without luggage and without knowing what awaited him on the other side.

Like so many, he also left his life behind – a life he had chosen to lead in Ukraine – seeing how his plans and dreams were cut short as a result of the desire for expansion of the autocratic regime that governs the neighboring country.

*This text has been written by a Ukrainian citizen residing in Spain who wanted to share her feelings about the war in Ukraine. 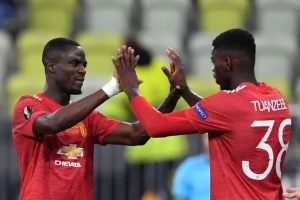